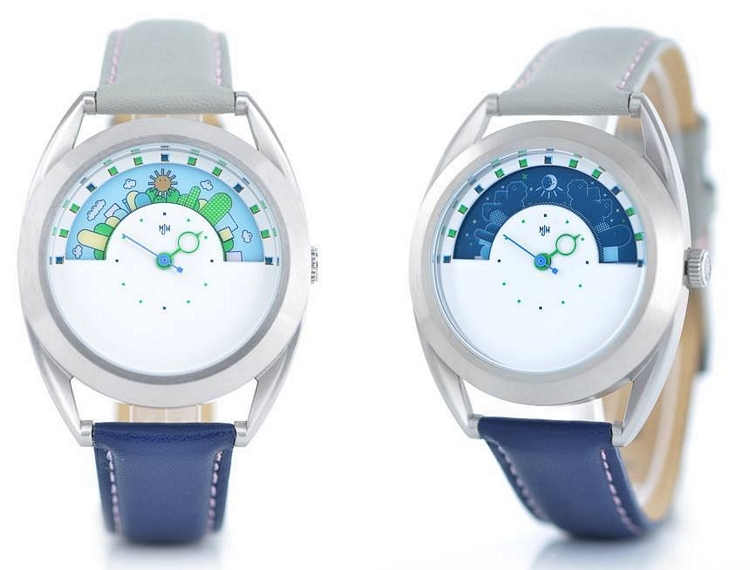 Yes, we’re too old to be wearing a Super Mario Bros watch (or have a giant Super Mario pen on our desk, for that matter). Yes, it’s not a good look being a grown adult sporting a Nintendo icon on your wrist. And, yes, none of that stops us from wanting to strap on this Sun and Moon Miyamoto Watch anyway.

The latest in Mr. Jones Watches’ Sun and Moon line of time-tellers, the timepiece features a background scene on the upper area of the watch face that resembles the landscape from the original mid-80s Super Mario game. No, you can’t play on it, but the background itself moves along with the time, turning from day to night and vice versa in tune with the movement of the watch. 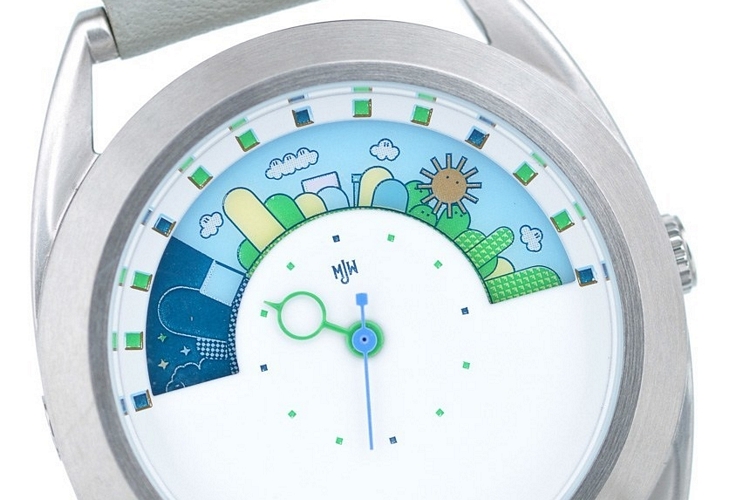 The Sun and Moon Miyamoto Watch is, of course, named after Super Mario Bros creator, Shigeru Miyamoto, the legendary game designer who was also the force behind such icons as Donkey Kong and The Legend of Zelda. A small dial at the center tells the actual time, with a spinning disc behind it bearing the landscape graphics. The disc slowly makes one full rotation in 24 hours. Watch details include a brushed stainless steel case, navy and gray leather strap with pink stitching, a single-jewel quartz mechanism, and 5 ATM of water resistance.  Oh yeah, there’s no actual Mario or Luigi in sight, so if your main objection about a Nintendo-themed watch is the characters, there’s none of that to worry about here. 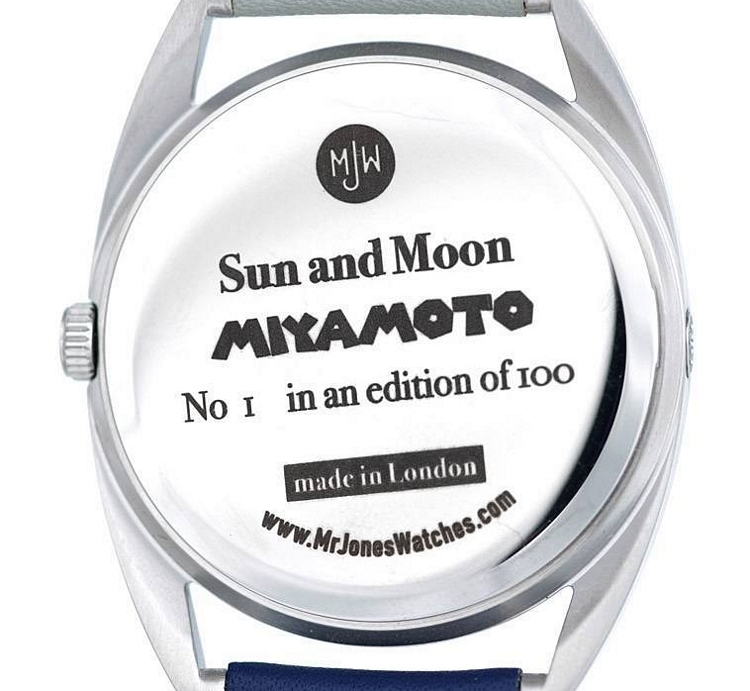 Only 100 of the Sun And Moon Miyamoto Watch have been made, each of which is priced at $220.