Level Up Your Keychain With This Super Mario Bros. Multi-Tool 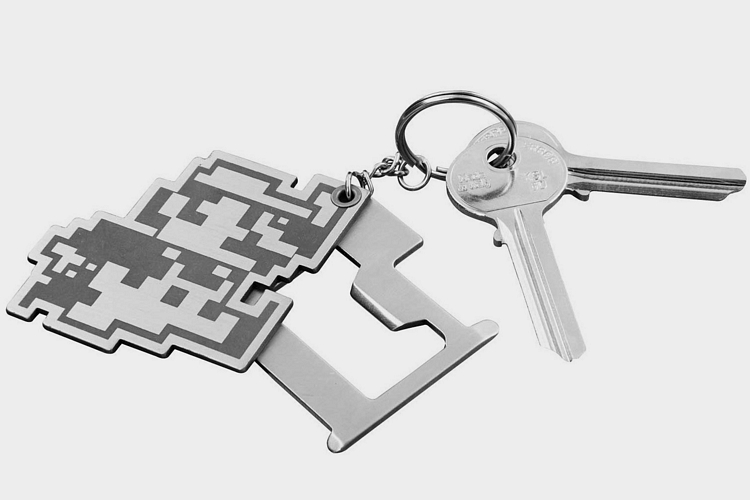 At first, we were ecstatic seeing this Super Mario Bros. Multi-Tool, which turns the iconic 8-bit video game plumber into a functional keychain multi-tool. Except, it turns out the precision-cut figure of Mario itself isn’t the actual multi-tool (unlike that awesome Alien Invader Multi-Tool we saw before), but the second plate attached to it (the one in the back in the picture). So, yeah, it’s more like Mario with a multi-tool, which, for all intents and purposes, still sounds pretty cool.

We know, using Mario to pop bottle caps, drive screws, and open packages would have been a lot more fun. With the actual multi-tool sliding out from the back, though, it makes it look like Mario is handling the tool himself, so we guess there is some extra fun in that.

The Super Mario Bros. Multi-Tool measures 16 x 24 x 8 cm, which should make it small enough to not be a bother while sitting in your pants pocket. Despite Mario’s longstanding career as a plumber, you can’t use it to repair leaking faucets and clogged sinks, with its functions limited to opening bottles, driving screws (it comes with two sizes of flatheads), and ripping off packaging tape using the screwdriver heads. Nintendo’s mascot is depicted in classic 8-bit form, making for a fun keychain accessory that’s going to evoke serious nostalgia from fans of the classic games.

Slated for availability end of March, the Super Mario Bros Multi-Tool is priced at £4.99.