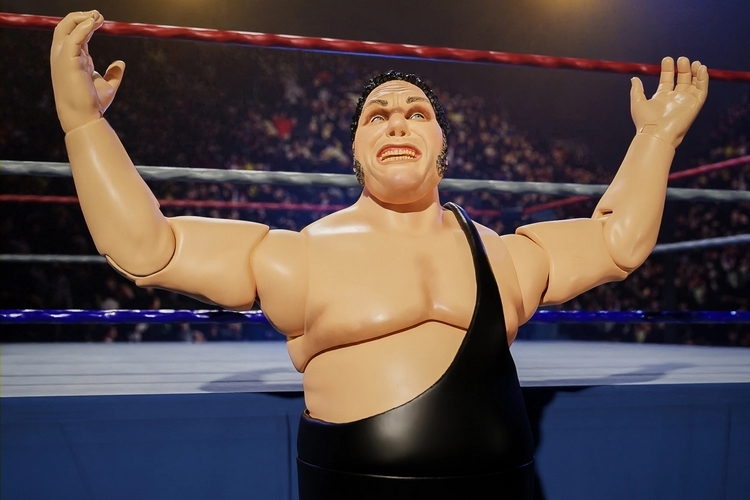 Standing 7’2” and weighing 520 pounds, Andre the Giant wasn’t just one of the most imposing characters in professional wrestling, he was also one of the most recognizable, with a look that you could not possibly mistake for anyone else. From his gargantuan size and curly mop to the black wrestling singlet that he wore to the squared circle, you knew “The Eighth Wonder of the World” any time he was in the room. And now, your action figures can stare at him with the same awe the rest of us did with the Super7 Andre the Giant Ultimates Figure.

That’s right, Super7 has a new action figure of Andre Roussimoff’s legendary wrestling persona, allowing you to add a veritable giant to your action figure collection.  Whether you’re a pro-wrestling mark, a toy collector, or just a fan of personalities so big they become pop culture icons, this is one action figure you’ll definitely want to consider adding to the list.

The Super7 Andre the Giant Ultimates Figure depicts the gargantuan character in his most iconic look – sideburns, black boots, and a black singlet. Yep, that’s Andre in his most iconic, as his personality was so big, he had no need for elaborate costumes, unique gimmicks, and all sorts of other fanfare. Instead of the 7-inch tall figure the Ultimates line usually come in, this one stands as a much more intimidating 8-incher, making him look in proper scale when stood next to other characters (pro-wrestlers or not) in a similar scale, like Mr. T or those Contra commandos.

They recreated his pear-shaped physique, along with the very upright posture that really accentuated his height. No word on how many points of articulation are on the figure, but you should expect 20 or more, since the Ultimates line tend to have a decent amount of articulation. Suffice to say, you can pose this thing in a whole lot of ways. 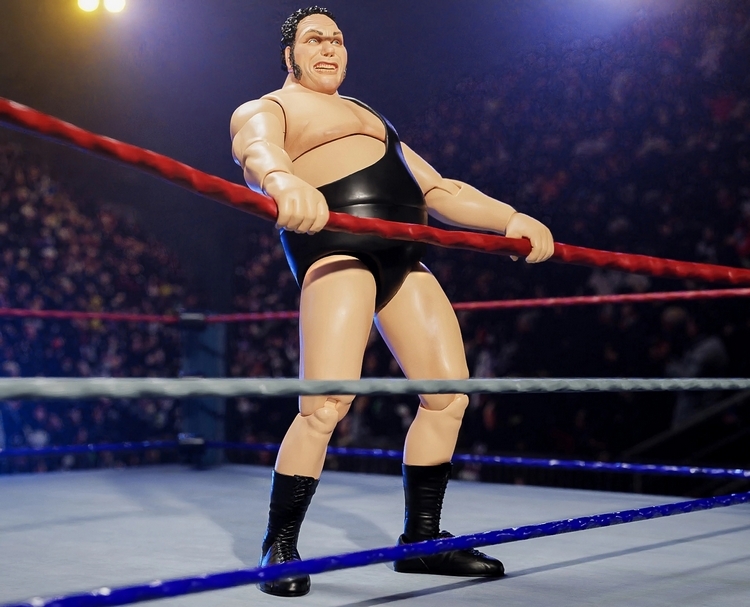 The Super7 Andre the Giant Ultimates Figure comes with three interchangeable heads, one with a neutral expression, one with a grimace, and one with his eyes all wide like the wrestler does whenever he gets ticked off and starts acting like he’s about to put a beating on your ass. Yeah, that’s the look you don’t want him to get when he’s right in your immediate sights. 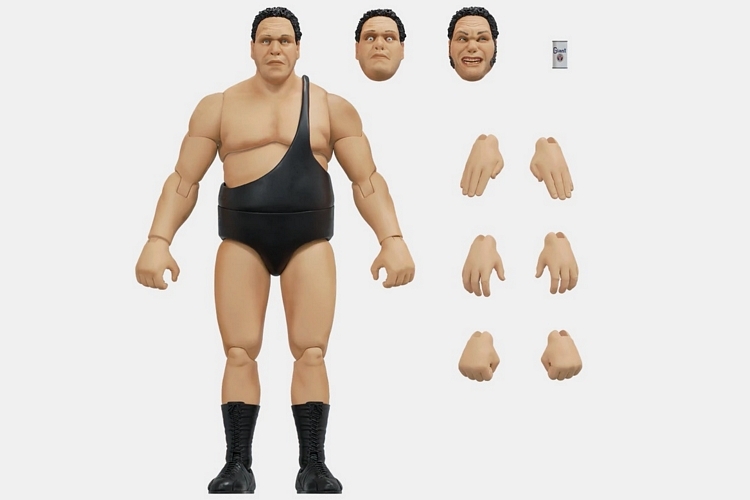 It also comes with four pairs of interchangeable hands. You get a pair in a gripping position (so he can grab the ropes on the ring), two hands in a chopping pose (so he can slap other action figures to oblivion), a pair arranged as ready-to-punch fists (for those times he wants to punch instead), and two relaxed open hands (for when he’s just casually hanging out with the guys). They also threw in a beer can as an accessory. Granted, we’re not sure what that’s about, but maybe he had some beer-swigging gimmick at one point (given his size, we imagine a single beer won’t be enough to give him a buzz).

The Super7 Andre the Giant Ultimates Figure is available for preorder, priced at $55.