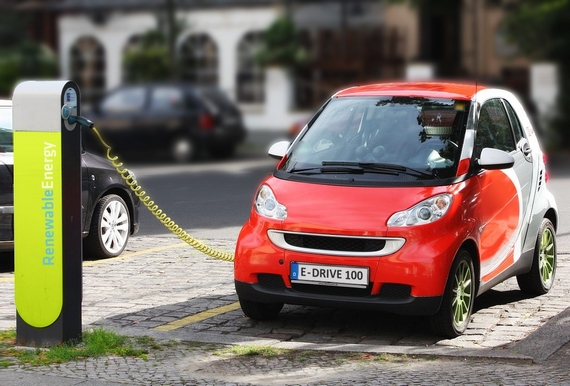 Batteries are the biggest problem when it comes to electric cars.  They’re heavy, they’re bulky, and you need a lot of them to give electric vehicles the kind of range you can get from a gas-guzzling ride.  A new lightweight “supercapacitor” being developed by nanotechnology scientists from the Queensland University of Technology is looking to change that.

Consisting of electrolytes sandwiched between two all-carbon electrodes, the supercapacitors can be processed into a thin and extremely strong film that boasts a high power density.  That latter bit is the crucial part, since existing capacitors aren’t capable of storing as much power as lithium-ion batteries.

Rather than be mounted at special compartments in the car like current-generation lithium-ion modules, the film can simply be installed inside body panels, doors, bonnets, roofs, and even floors.  On the short term, the team hopes that the supercapacitors will be used in conjunction with smaller battery arrays in electric cars, with the batteries feeding power to the motor and the supercapacitors replenishing their charge from its stores.  Long term, however, the team is hoping to develop the technology enough that the supercapacitors themselves can be used to power electric vehicles entirely, eliminating the weight and bulk associated with traditional battery modules.  Postdoctoral Research Fellow Dr Jinzhang Liu, a part of the team, says a theoretical car, which comes with as much film as they can set up in the panels, could potentially have a driving range of over 300 miles on a single charge, essentially closing the gap between electric- and petrol-powered vehicles.

You can read the full study from the link below.