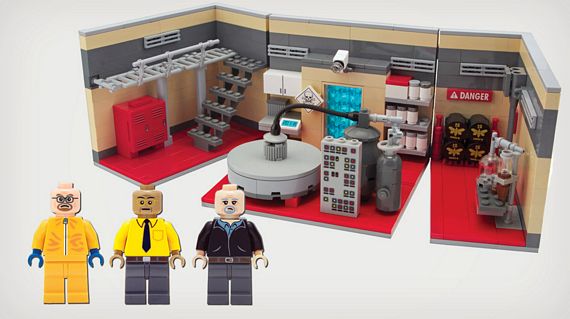 As awesome as LEGO is, we doubt they’re awesome enough to put out an official set that lets you construct the high-grade meth lab Gus Fring built for Walter White on Breaking Bad.  Doesn’t really matter, though, because the folks at Citizen Brick took it upon themselves to give the world this Superlab Playset.

While it’s neither an official LEGO set nor an official Breaking Bad merchandise, it’s a whole bundle of awesome all the same.  Perfect for reliving all the the vicarious joys you’ve partaken in all these years of watching the 50 year old Chemistry teacher and his young confused assistant make their blue crystals in miniature brick form. 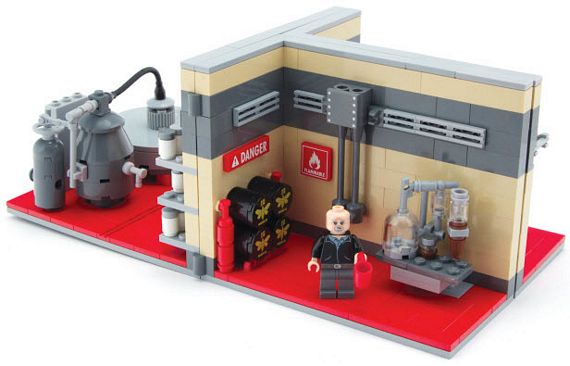 The Citizen Brick Superlab Playset comes with over 500 pieces that let you build the underground meth cookhouse as seen on the TV show.  Everything from the locker in the dressing area to the large chemical tanks to the trolley they use to push the supplies around to the cameras Gus use to watch the duo in action are included, ensuring you can reenact your favorite meth lab scenes with excruciating detail.  It comes complete with three Minifigs, depicting Walt, Gus, and career criminal/doting grandfather Mike Ehrmantraut, respectively.  Yep, no Jesse Pinkman, so you’ll have to make your own minifig of the twentysomething drug addict with a heart of gold and downright messed-up priorities.  Oh yeah, blue meth not included either, so you might have to get creative finding suitable stand-ins (we recommend a bag of the Bathing Bad Bath Salts). 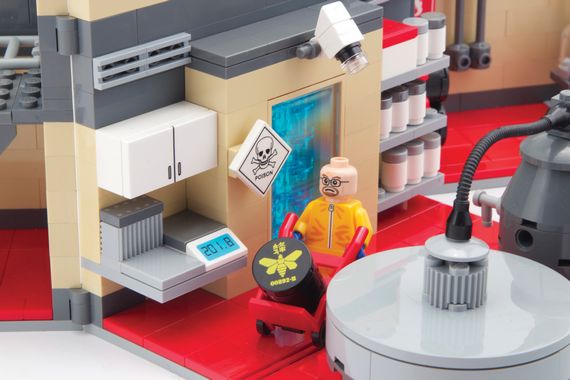