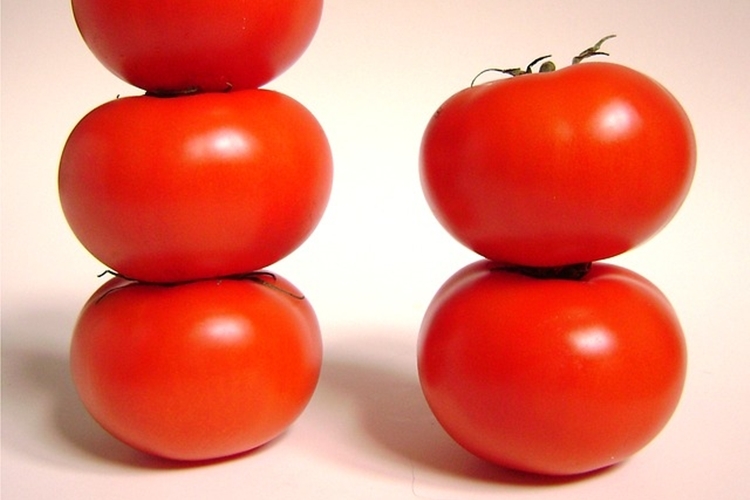 While they were originally berries no larger than olives, tomatoes have grown bigger over the years, mostly as a result of selective domestication. Some breeds, in fact, have managed to grow to a whopping two pounds. Now, scientists have found the exact genes that allow those giant tomatoes to achieve their unusual proportions.

In a paper published in Nature Genetics, the researchers studied two mutant tomato strains that had many branches coming off the upper part of their stems. As it turns out, many of the fruit’s traits depended directly on the growing tip of that stem, called the meristem, where stem cells divide to either make more of themselves or specialize into specific plant parts. Simply put, the bigger the meristem, the larger the tomato.

With normal-sized tomatoes, two genes manage these stem cells: the Wuschel, which stimulates stem cell production, and the Clavata, which makes it stop. In the mutant tomatoes, the Clavata is rendered inoperable because they’re missing the proper gene to produce arabinose, a sugar molecule which the Clavata requires to properly function. As a result, Wuschel is allowed to work unrestricted, driving the meristem and, consequently, the fruit into unusual sizes.

The team believes the same genome editing technique used in the research, called CRISPR/Cas, can be used with other crops to find the exact feedback loop between genes that enable their larger sizes. That means, breeders can now study exactly what genes to manipulate in order to create supersized produce, potentially bringing my imaginary childhood superweapon of a giant durian to stink up an entire neighborhood one step closer to reality.