Surf Air Is An Inflatable Surfboard That You Can Really Ride 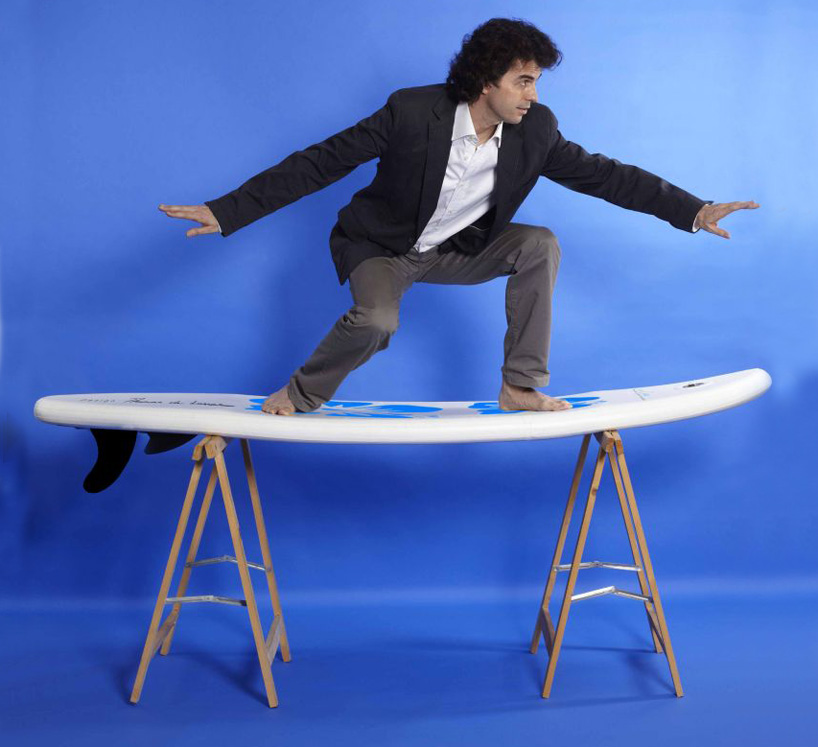 Imagine not carrying your longboards and short-board surfboards on your roof-racks but still having a board in the trunk of your car wherever you go!!! Granted, an “inflatable surfboard” sounds like something they should be selling at the bargain bin on Wal-Mart for children to play in the pool with.  The idea is ludicrous yet it might just work.  The Surf Air, claims to be more than a mere novelty — it’s a real board you can ride. Maybe not at pipeline but should work for at least 4-6 foot days if you ask me.

Designed by Thomas de Lussac, it’s not the kind of equipment you’ll be seeing pros competing with any time soon.  For amateur surfers who occasionally indulge for fun, though, this makes taking a surfboard to the water more convenient than ever.

The Surf Air is an inflatable surfboard that can be rolled up into a 4.8-kg bundle that fits in a small gym bag.  Using the included pump, it can be inflated into a realistic-looking surfboard measuring 210 x 55 x 7 cm., complete with fins and a rigid riding surface.

A three-dimensional fabric forms the core of the board (we’re guessing it’s arranged like corrugated cardboards to foster stability), which is then double-coated with PVC.  According to the designer, the equipment is just as solid and stable as any regular board, although maneuverability will probably be less than ideal (hence, being marketed for amateur surfers). 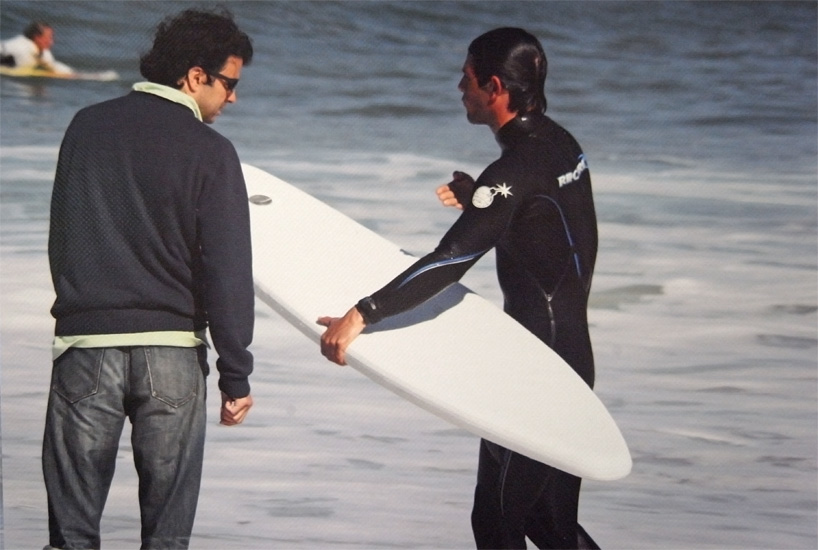 Presented during Paris Design Week 2011, Surf Air appears to be a concept product for now.  If it works as advertised, though, it should make for one popular product if it goes commercial — the convenience alone should make it a great alternative for folks who’d rather leave the heavy equipment home.