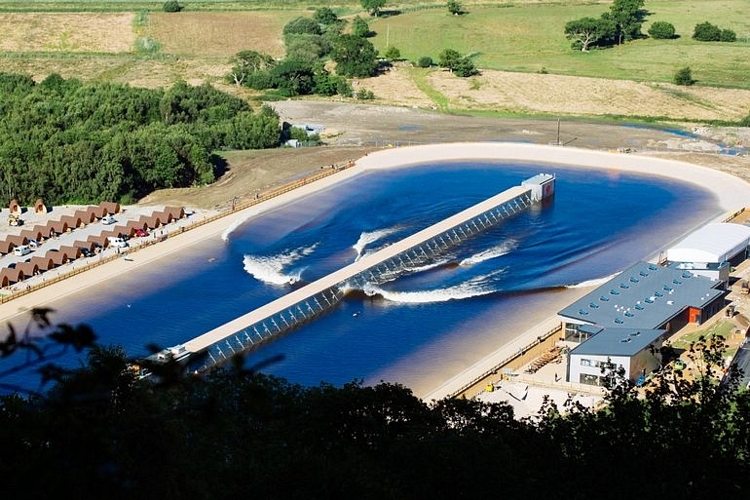 Surfing on artificial waves isn’t a new thing, but we doubt you’ve seen ones as big as what they have going at Surf Snowdonia Wavegarden. Able to produce 6.6-foot tall waves that peel for up to 492 feet, it’s as wild an inland surf spot as you can hope for, giving folks breaking in their Star Trek Wetsuits access to good waves without having to drive down the nearest beach.

Under development over the last ten years, the facility has a lagoon roughly the size of six soccer fields, measuring 984 x 394 feet. Running down the middle of the lagoon is a wavefoil machine, which generates the barreling waves by running back and forth along an underwater track. 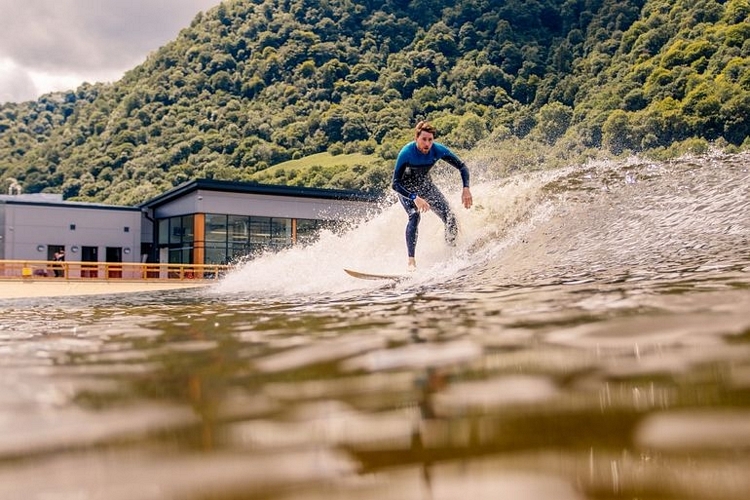 Located at the Conwy Valley in North Wales, the Surf Snowdonia Wavegarden generates three kinds of waves with every pass: 6.6 feet near the central pier, 4 feet in the middle, and 2.3 feet at the white water by the lagoon’s edges, so expert surfers can share the water with newbies and those with intermediate skills. Not only are the waves powerful, they’re able to hold their form consistently throughout the length of the water, allowing you to enjoy a full ride each time out. There’s no sitting on your board and waiting either, as the waves are generated like clockwork at the rate of one per minute. Up to 36 people can use the lagoon at the same time. 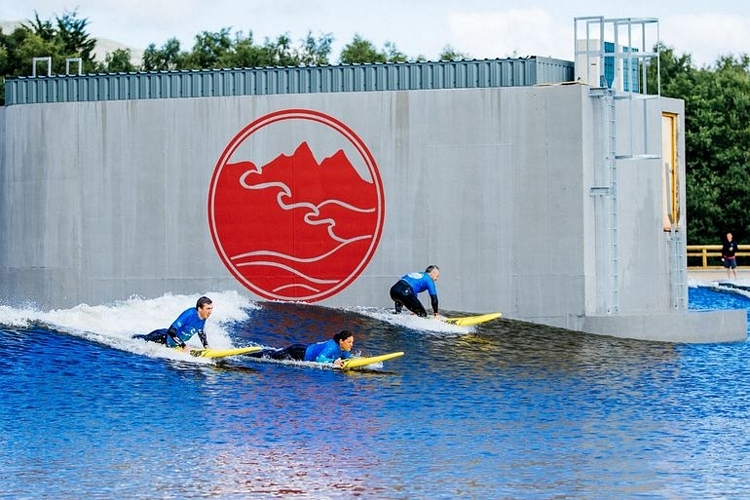 Jealous? Don’t be. Surf Snowdonia Wavegarden is only the first of several planned facilities to be installed with the Wavegarden technology. There’s currently one other location under construction, six under development, and multiple other facilities being planned across five continents.