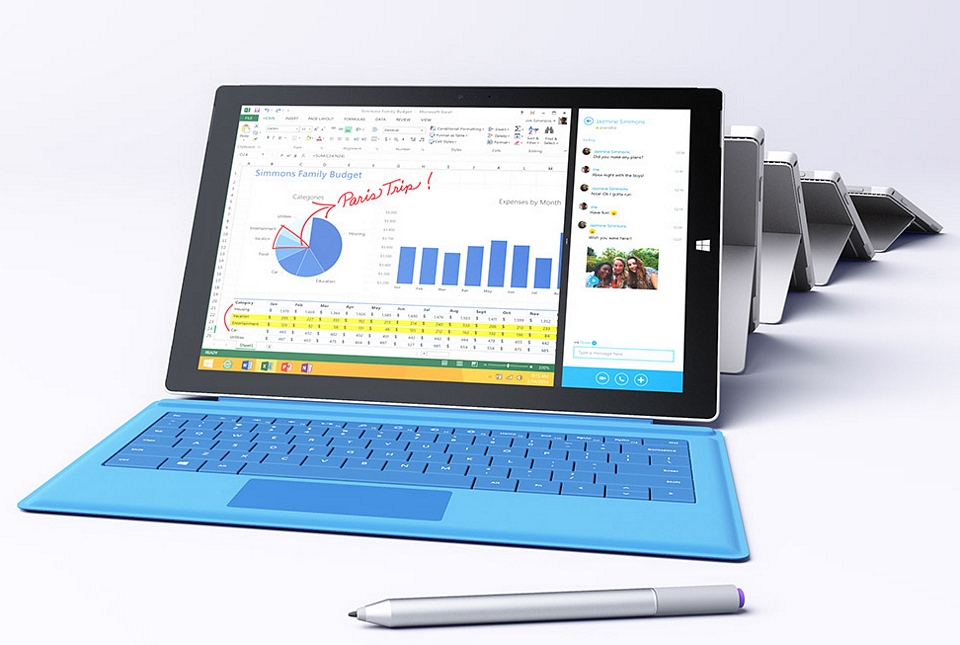 Microsoft wants tablets to be everyone’s primary working computer. That much is clear with the release of the new Surface Pro 3, a tablet that can function as a full-fledged desktop machine (when combined a mouse and/or keyboard, of course).

Rather than sticking with the 10-inch ceiling that’s been the norm for most mainstream tablets, the new device stretches to a 12-inch panel, giving users the kind of screen real estate that’s closer to a regular laptop than a mobile device. Optimized for use with the Surface Pro 3 pen, the display has a 3:2 aspect ratio that makes the screen feel more like real stationery (like a notebook or a sketch pad) when writing and drawing on the panel. While the display went bigger, everything else went slimmer and lighter, measuring just 9mm thick and weighing 800g. 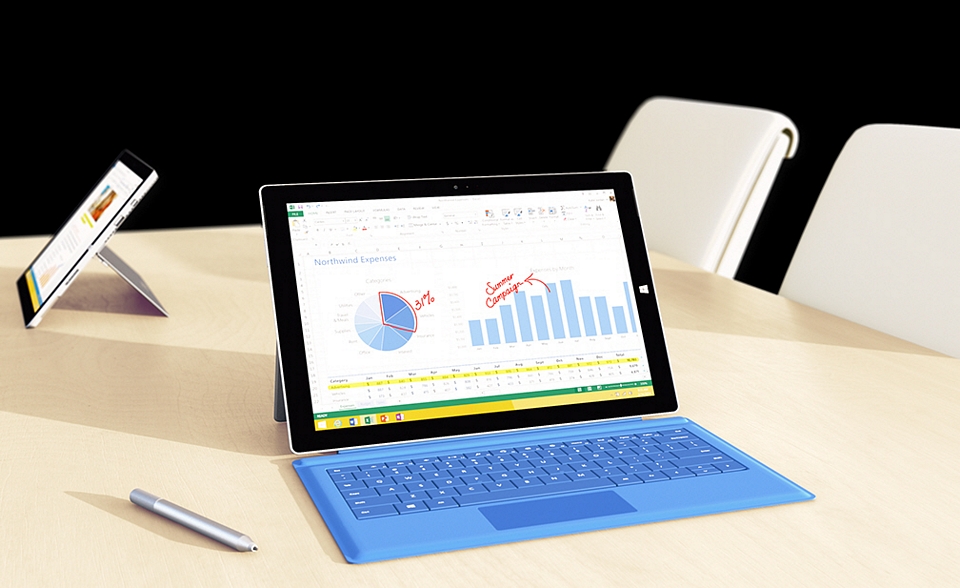 The Surface Pro 3 runs on a 4th-generation Ivy Bridge processor, with up to 8GB of RAM and up to 512GB of onboard storage. Features include a 12-inch ClearType display (2160 x 1440 resolution), dual 5.0 megapixel cameras (front and rear), stereo speakers with Dolby Sound, dual mics, WiFi, Bluetooth, an onboard battery rated at up to 9 hours of web browsing (which means way less hours for gaming, watching videos, and using resource-heavy desktop software), a full size USB 3.0 port, a Mini-DisplayPort, and a microSD card slot. 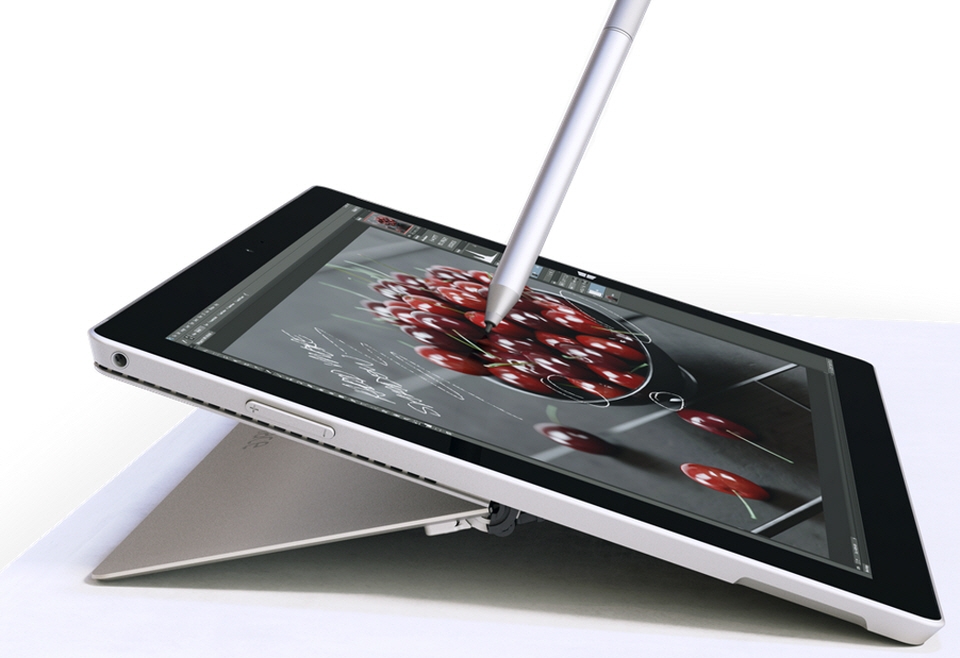 Unlike its predecessor, the tablet’s hinged kickstand supports multiple angles, allowing for a lot more choices in working positions when using the device. All the accessories have also received a redesign, integrating more seamlessly with the Surface tablet experience (e.g. a click on the pen automatically opens OneNote on the tablet). It runs Windows 8.1.