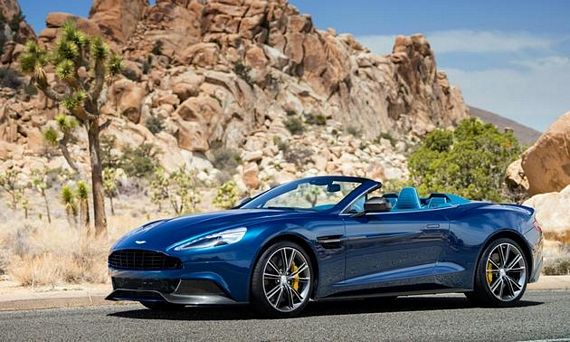 Designed to sit side-by-side with the Vanquish coupe in the top of Aston Martin’s lineup, the vehicle inherits much of its hardtop brother’s guts, including the 5.9-liter V12 engine putting out 565 horsepower and 457 pound-feet of torque.  That thrust is powerful enough to send it pushing through top speeds of up to 183 mph. 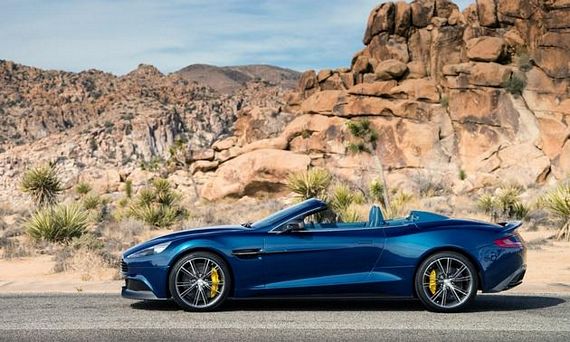 The Aston Martin Vanquish Volante is the first ever vehicle in Aston’s history to have a body decked completely in carbon fiber panels, apart from sporting a lightweight bonded aluminum structure that is the stiffest the company has ever built for a droptop.  It comes with a three-layer fabric top that can be deployed in just 14 seconds even while running at up to 30 mph.  Details include a new set of springs and dampers (to cope with the convertible dynamics), Touchtronic 2 six-speed gearbox, LED rear light blades derived from the One-77 supercar, a 50% larger boot than the DBS Volante, Brembo Carbon Ceramic Matrix (CCM) brakes, and a full-height windscreen. 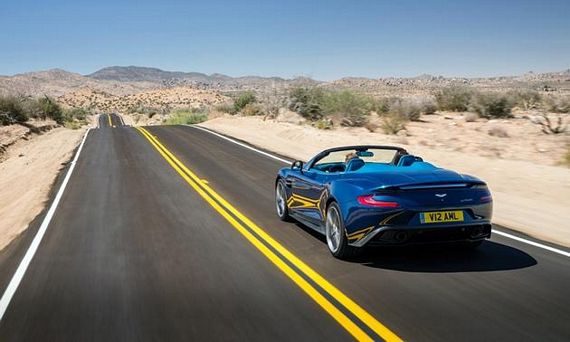 Cabin is a 2+2 seater that’s covered in full grain Luxmil leather, Alcantara and satin chrome.  On the dash sits an ECU start engine button, a new infotainment system, and capacitive glass controls, among the usual mass of instruments. 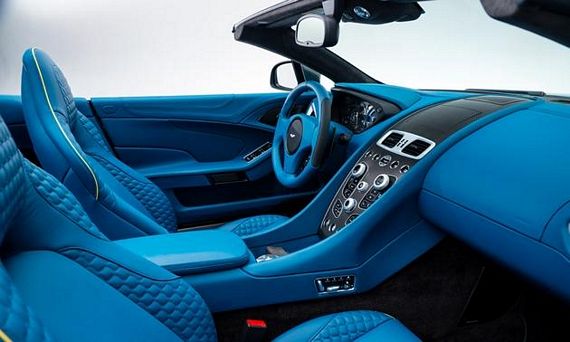 First deliveries of the 2014 Aston Martin Vanquish Volante are expected early next year.  Price starts at $297,995. 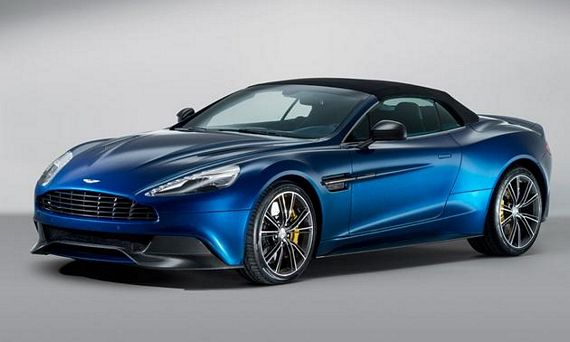