Swellpro Spry Drone Can Crash In Water, Swim Up To The Surface, And Fly Again 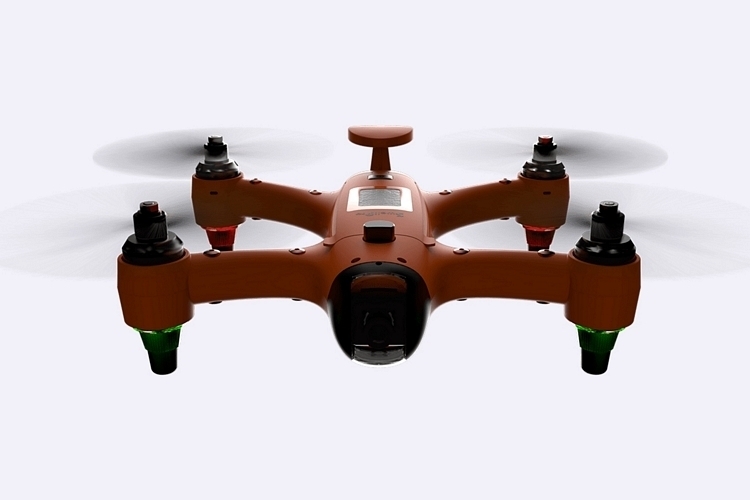 It’s not the first time we’ve seen a drone that can survive crashing on water. The Swellpro Spry, however, steps things up a notch by not just surviving the ordeal – it can also reorient itself, float back to the surface, and take off again, saving you from having to swim to retrieve it.

That’s right, this drone can handle itself when it crashes on the water, ensuring it won’t just survive falling into an ocean, lake, or river, as it can regain its composure and get back up in the air. No need to hesitate when flying over bodies of water, allowing you to film subjects surfing, kayaking, and engaging in other water activities with complete confidence in your gear. 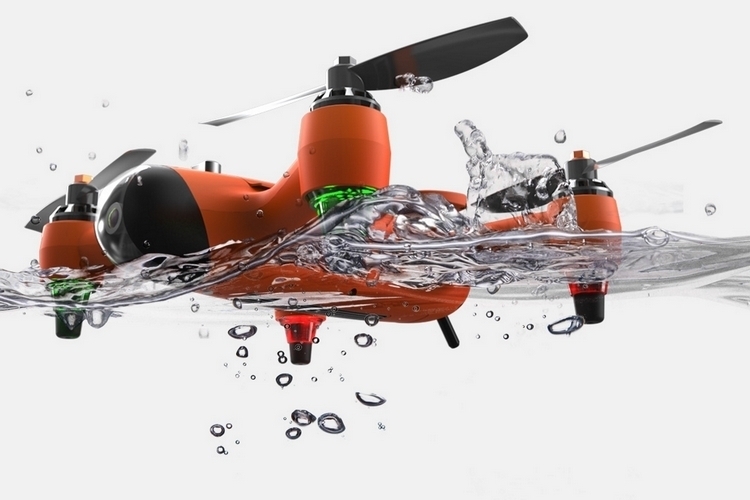 The Swellpro Spry has a form that’s based on a racing drone design, making it aerodynamically efficient, which should help in propelling it to flight speeds of up to 43 mph. According to the outfit, it can even fly faster if you upgrade to three-bladed high-angle propellers, as they clocked in that current top speed using standard two-blade props. Of course, what really sets it apart is the IP67 rating, which allows it to be immersed in up to 30 feet of water without taking any damage. When it crashes on water, the drone intentionally submerges, reorients itself so the propellers are facing downwards, and uses the thrust from them to propel itself back to the surface. Once it’s out of the water, it reorients itself with the propellers up, allowing it to launch from the water the same way it takes off from the ground.

It’s equipped with a built-in camera that snaps 12 megapixel photos and records 4K video at 30 fps, all of which is saved to the onboard 64GB storage. A camera control on the remote allows you to tilt the lens on the fly, so you can record scenes from a variety of angles without having to move the drone. A mechanical gimbal on the vertical axis provides some much-needed stabilization, while a transparent polycarbonate dome ensures the camera is completely shielded from the elements. 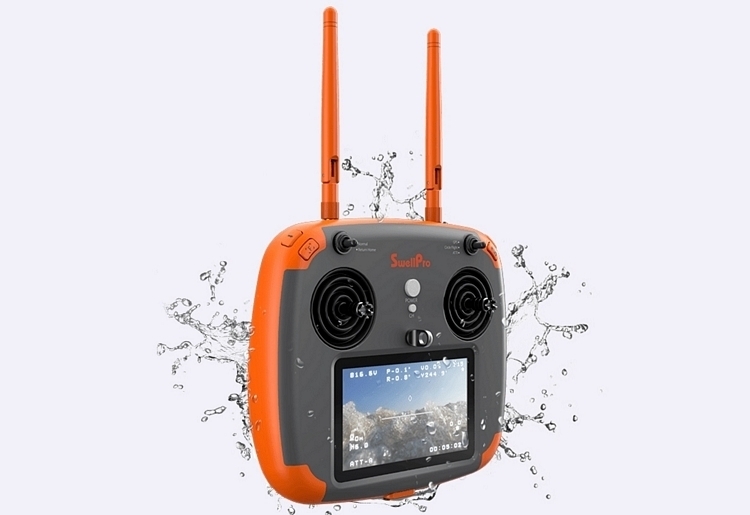 The Swellpro Spry pairs the waterproof drone with an equally waterproof controller, allowing you to operate the drone while on the water without having any reservations. That means, you can launch and monitor your drone while floating on a SUP without having to worry about splashes, giving you the freedom to film anywhere you please. The controller, by the way, has an integrated 4.3-inch monitor for watching footage in real time, eight channels, and an operating range of 3,280 feet. 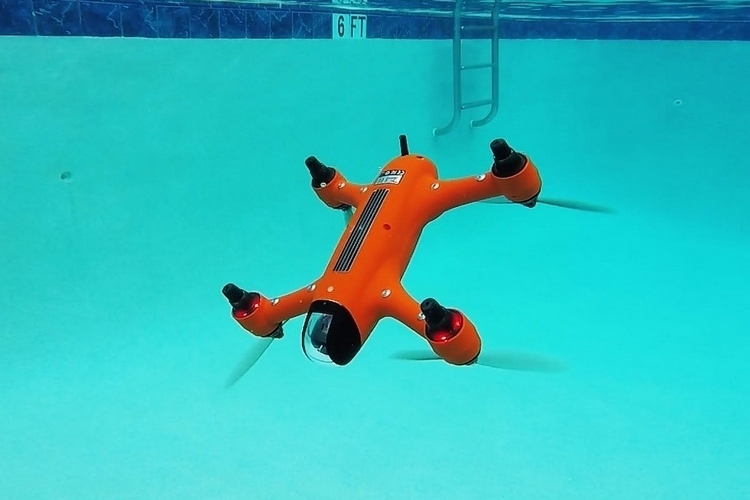 Like other modern drones, it comes with autonomous flight capabilities, from launching and returning all on its own to trailing subjects and following flight paths. Other features rubber shocks (for crash protection), a full manual mode for racing, the ability to transmit footage to multiple devices, and swappable batteries rated at 17 minutes of flight time.

A Kickstarter campaign is currently running for the Swellpro Spry. You can reserve a unit for pledges starting at $769.