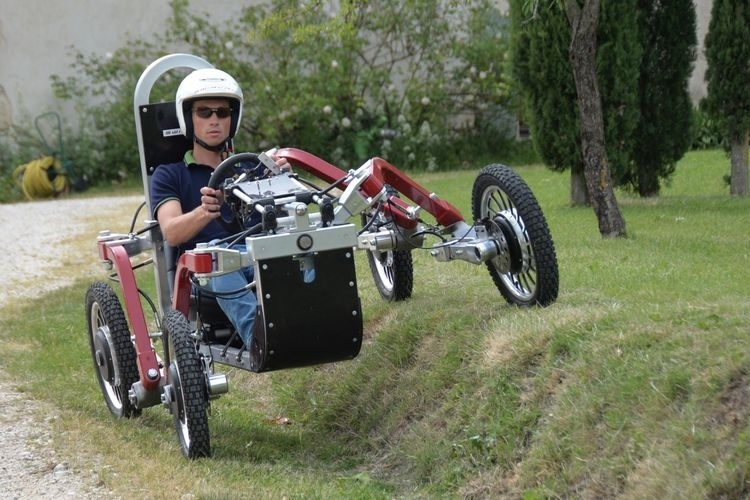 ATVs are fun. The Swincar, though, takes ATV fun to the next level, equipping itself as some sort of “mechanical spider on wheels.” Seriously.

Designed by France-based Pascal Rambaud, Jerome Arsac, and Thierry James, the vehicle boasts a suspension system resembling spider-like limbs, moving up and down independently to accommodate the most uneven of terrains (it can ride on two completely different tracks, if needed). Seriously, watching this thing drive through extreme slopes and huge ruts is downright bizarre (check out the video at the end), looking like a legged robot adjusting its limbs on the fly. 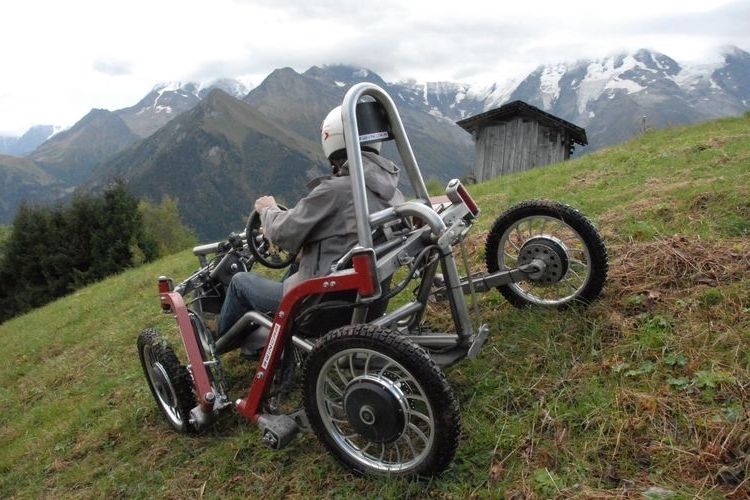 The Swincar isn’t just able to traverse erstwhile unnavigable terrain, both the wheels and the cab also tilt independently, allowing it to clear razor-sharp turns like no Polaris you’ve ever seen. That same body is also suspended at a higher than usual, allowing it to swing to either side to counteract forces during rough rides. All that magic is done mechanically, too, with no reliance on gyros, sensors, or any of the typical ensemble people use these days.   Hydraulically-actuated four-wheel steering and braking ensures ultimate maneuverability, with each wheel housing its own motor, so even if one fails, you can still make your way home, instead of being stuck in whatever corner of the backwoods you find yourself in. The latter are powered by a battery hub situated under the driver’s legs. 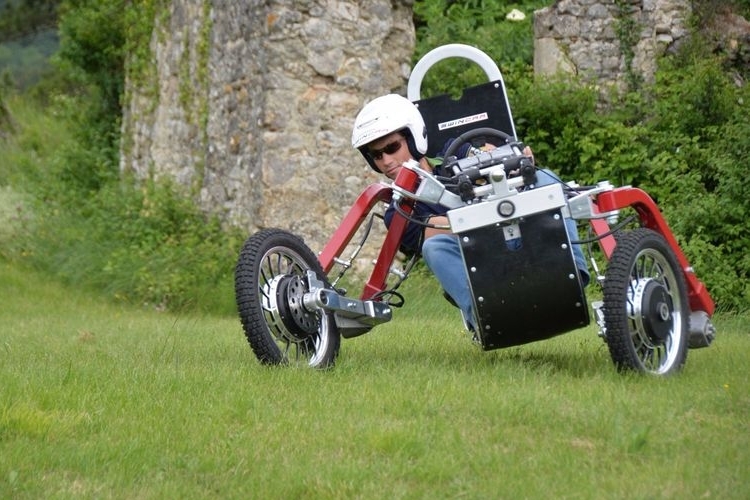 Currently just a prototype, the Swincar has already earned multiple prizes in design competitions. There are no plans for production in the immediate future. 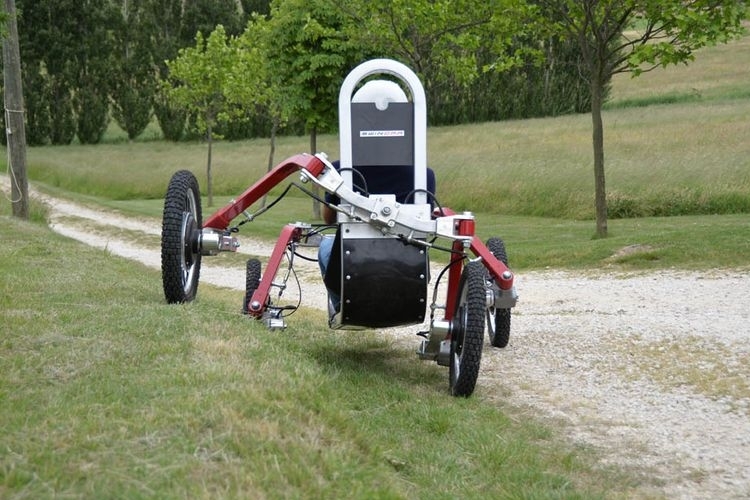