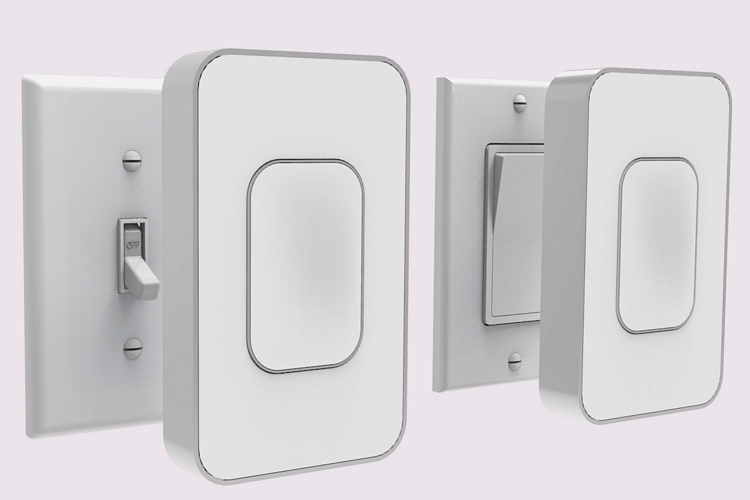 When you want to be able to control the light bulb from your phone, you have two choices: use a smart LED bulb or wire in a smart switch. If you don’t care for the fancy tech in smart bulbs and don’t want to fiddle with your electrical wiring, though, you should be able to do the same thing using Switchmate, a connected light switch adapter that simply snaps over any existing unit.

Once placed on top of an existing switch, you immediately gain control of the switch from the app, allowing you to turn the lights on and off directly from a mobile phone. It works on both toggle and decora switches, with the ability to snap over both single and group-gang panels, so most common house switches should not be a problem (sorry, there’s zero chance that Arcade Lightswitch in your bedroom is going to be supported). 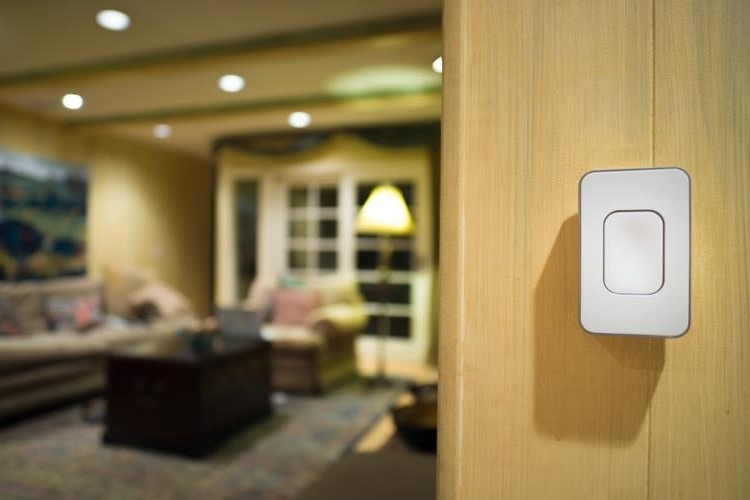 The Switchmate is, basically, a switch plate with a large button instead of a traditional switch. It uses magnets to attach onto existing light switches, making it easy to install and remove. Once in place, a built-in motor will flick the switch underneath whenever the button is either physically pressed or activated from the accompanying app. It connects with phones over Bluetooth, so you’ll still have to be physically at home to control the switch, although you can pair it with Logitech’s Harmony Hub for more extensive smart home integration (including remote access).

An Indiegogo campaign is currently running for Switchmate. Pledges to reserve a unit starts at $49.