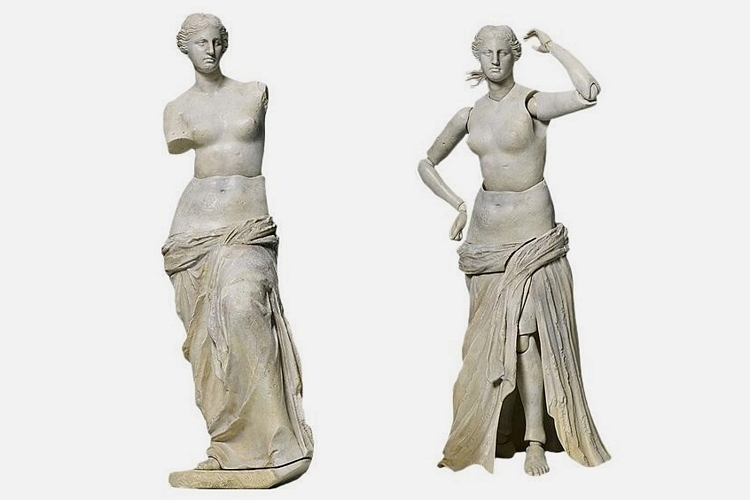 There are many theories about how the Venus de Milo sculpture will look like if its arms weren’t missing. Was it holding an apple like witnesses to the find claimed?   Was it looking at itself in a handheld mirror? Was it dancing an ancient version of the NaeNae? With the Table Museum Venus de Milo action figure, you can make it do whatever the heck you like.

Want Venus de Milo to dance with your JCVD action figure like it was prom? This will work.   How about having it take arms with the Rebel Alliance as their newest recruit? Sure. Want to make it wrestle your Stephanie MacMahon WWE figure because… that’s…. kinda hot? Yeah… okay. 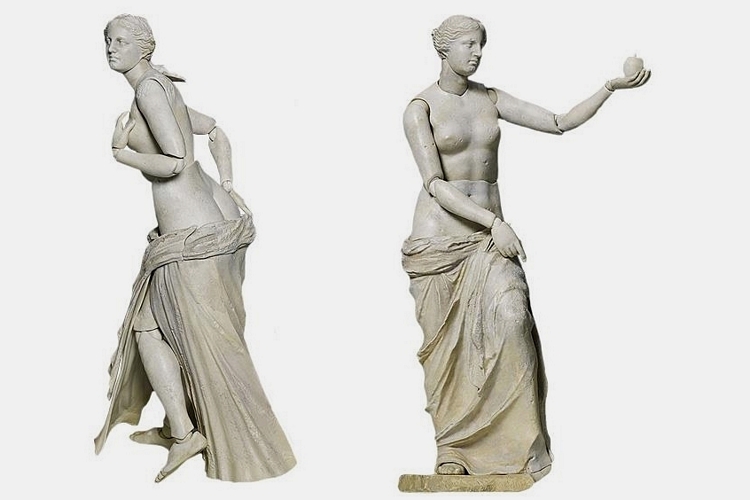 The second action figure in Figma’s Table Museum series, the Venus de Milo figure comes with exact replicas of the original statue’s features, so you can create a mini-museum exhibit whenever you’re feeling cultured. Once you get that out of your system, though, you can use the replacement bust, head, legs, and arms to turn it into an articulated action figure that you can pose to interact with other toys in your collection.

Construction is ABS plastic for most parts, with PVC used for some areas to allow the poseable function. It measures around half a foot tall, so it’s not quite the somewhat gigantic sculpture the original was. With detailed recreation, articulated parts, and even that missing apple in tow, though, this is definitely going to be a lot more fun to play with.

Available for preorder with a January 2016 ship date, the Table Museum Venus de Milo is priced at $49.99.