Tactical BBQ Apron Is A Kevlar Vest For Your Grilling Missions 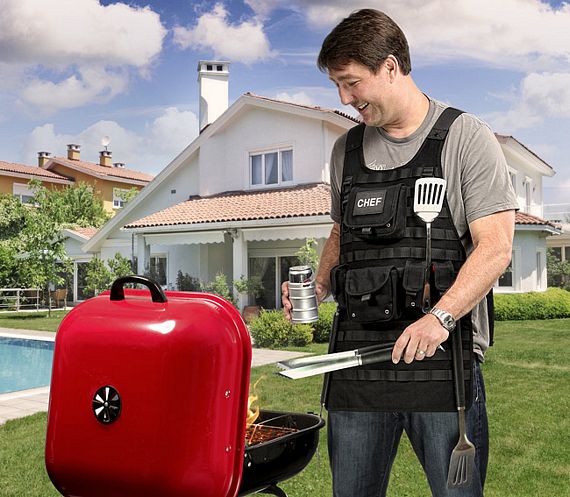 Who cares if you can’t cook a half decent meat sauce?  You’re a dude, the only cooking you need to learn happens in front of a grill.  And nothing gives you a more badass style for those grilling missions than this Tactical BBQ Apron.

Sure, that Grill Sergeant Apron you used last year was pretty bad ass, too.  However, there’s no way that succeeds this crazy apron, which dresses you up like the cooking specialist of a special forces army unit that runs nothing but clandestine operations in foreign enemy soil. 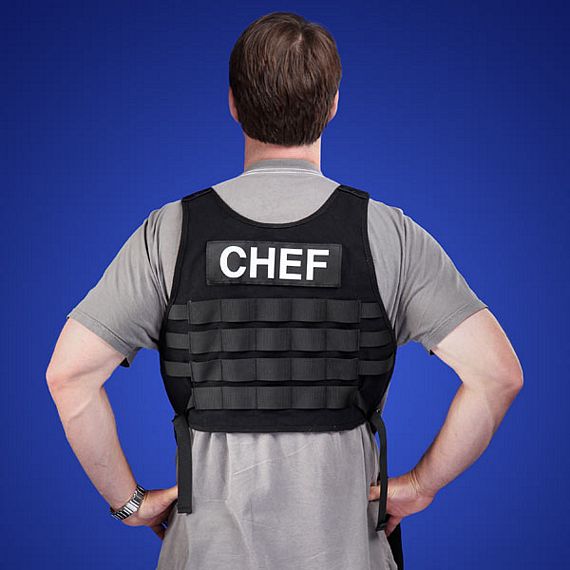 Styled to look like a Kevlar vest, the Tactical BBQ Apron doesn’t just bring badass looks — it packs badass features, too.  Armed with a MOLLE system, it allows modular function, giving you the ability to arm it with as many MOLLE-compatible pouches as you need to perform your grilling duties.  It comes fitted with six utility loops (for hanging spatulas, knives and other cooking tools), two utility clips, two built-in medium-sized pockets, and one large pocket for holding condiments (or your supply of beer).  Set also includes five MOLLE-compatible pouches (two medium, three small) for placing anywhere in the apron, as well as two Velcro patches with CHEF emblazoned on it, just so your neighbors don’t get scared into thinking there’s a SWAT team operation in the neighborhood when they see you.  And, yes, it’s going to look sick when worn with a full riot suit (just look at that badass dude in the picture). 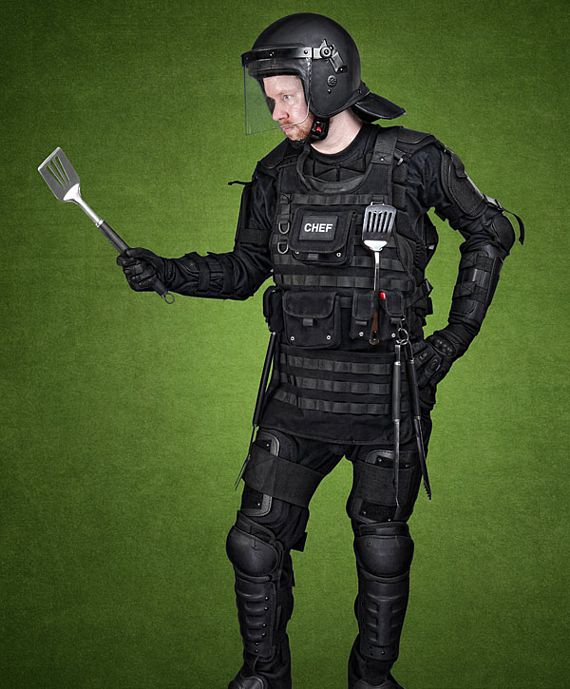 The Tactical BBQ Apron is available from Thinkgeek, priced at $34.99.