Tactical Fire Striker Pen Can Set Your Words On Fire 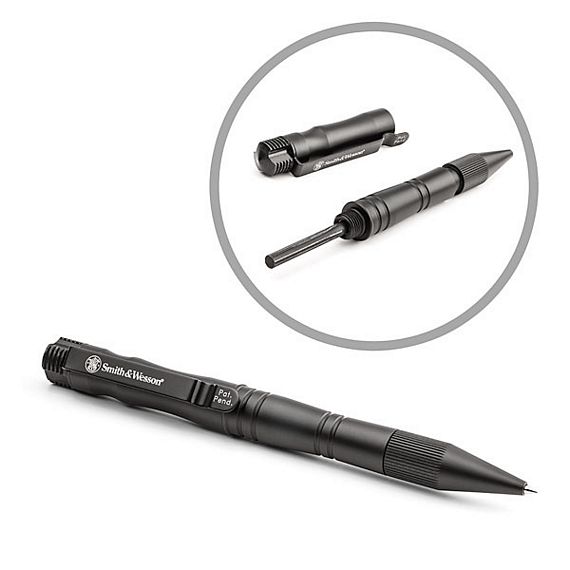 When I hear people in battle raps rhyme about putting their pens to paper, I always wonder whether they’re exercising poetic hyperbole or if they really write their bars old-school style with a pen and paper.  While I still don’t know the answer to that, anyone who actually still writes with a pen will probably be best served by this Tactical Fire Striker Pen.

You know those old-school writers worked, right?  Mess of dried ink stuck all over their fingers, stink of cigarettes (or whiskey or whatever vice they partake in to keep their tired wrists and fingers from shaking), and gobs of crumpled paper strewn around the room.  Well, instead of living with the mess of crumpled paper, you can just use this pen’s firestarting abilities to set that heap of bad writing into flames, which, let’s be honest, makes for a dramatically romantic (albeit, unnecessary) scene, too. 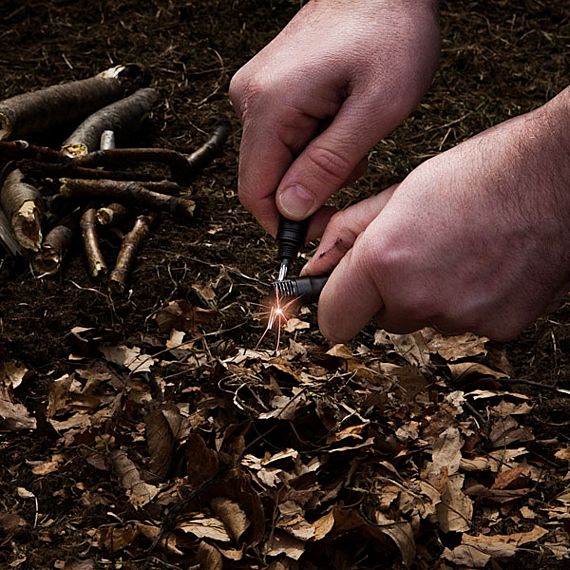 Made by Smith & Wesson (serious), the Tactical Fire Striker Pen is a rugged writing instrument cut from high-grade aircraft aluminum with the unusual second talent of being able to start a fire using fire striker hardware inside its shell.  To use that, simply unscrew the pen from the middle to reveal the shaft of the fire striker inside, which you then rub against the pen’s butt to create a burst of sparks that will, hopefully, set that crumpled mess aflame.

Sure, you can just buy a Bic and a lighter and have the same thing.  Being that you write with a pen when word processors (and even typewriters) are readily available, though, we doubt convenience is your style, so this will probably be more suited. The pen is 6.1 inches long with the thickness of a standard pen (so it should fit in your Grip Clips) and uses a Ministar F refill.

The Tactical Fire Striker Pen is available now from ThinkGeek, priced at $39.99.