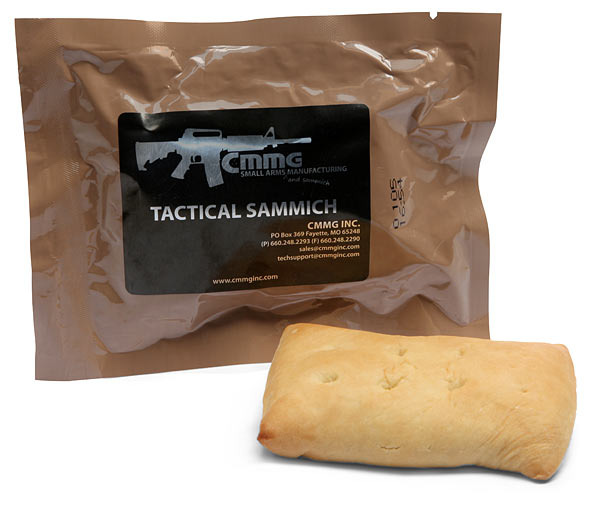 Looking for sandwiches to join your one year supply of apocalypse-ready canned goods?  Stock up on these Tactical Sammiches, pre-packed bread and filling that can sit in your bunker for two years without spoiling.

Stocking up on essentials is every survivalist’s duty and delicious sandwiches are a definite necessity.  Actually, they aren’t, but how else are you going to lure those hot, barely-clothed post-apocalypse females into your bunk?  Your good looks?  Please.  Even with zombies and aliens roaming the earth, you’re still barely a 7.  Hot sandwiches, however, can make you seem like a temporary 9. 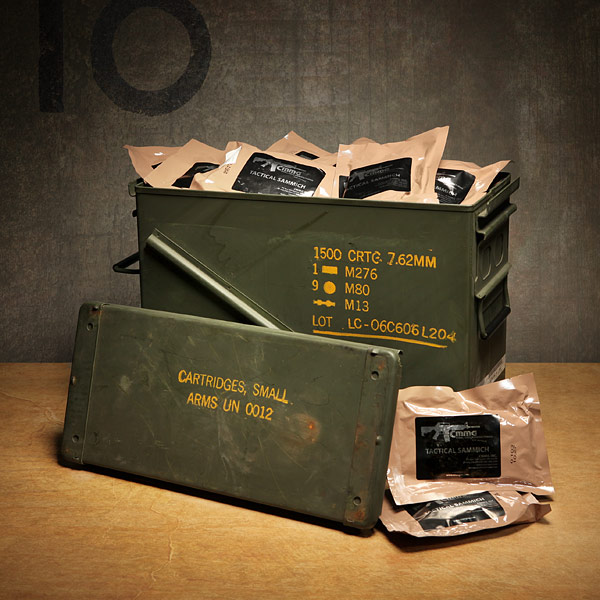 Each Tactical Sammich comes in airtight packaging that measures 8 x 6 inches.  Kept in a room under temperatures of 80 degrees Fahrenheit or less, it can stay fresh and tasty for up to two years.  Obviously, shelf life decreases if our apocalyptic event involves some form of extreme global warming, but then you’ll probably burn and die when that happens, so no big deal.

It comes in two flavors, pepperoni and honey bbq beef — both of which should sound delectable enough to entice all the ladies to hit your underground mansion.  And even if they don’t get you some female lovin’, at least you’ll be eating like it was pre-apocalypse all over again,  instead of feasting on roasted rats and cockroaches like the rest of your unprepared neighbors.

Inexplicably, each Tactical Sammich, which sells for $5.99 apiece, carries less than 300 calories.  Considering food will probably be scarce during the fall of civilization, you would think folks would want as much as energy as they can get out of every bite.  On the upside, being skinny should make you less of a target for the inevitable man-eating beasts that will roam the earth.