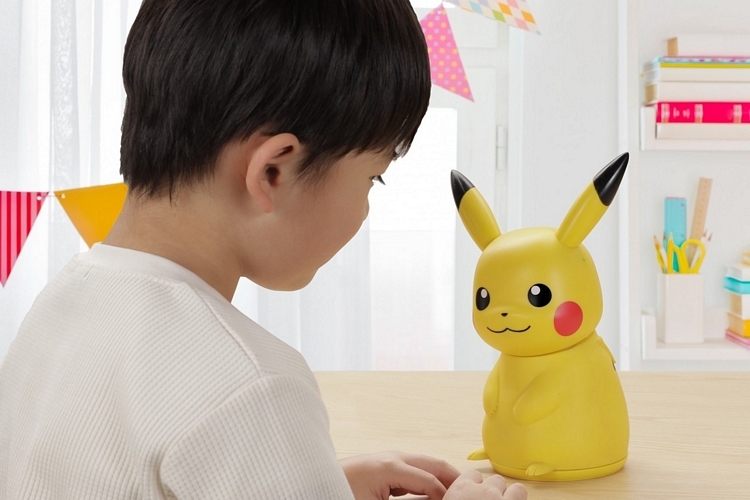 There’s no shortage of talking dolls that can pretend to carry out a conversation, all while sputtering pre-recorded phrases in response to preset triggers. As cute as those dolls may be, the only doll you really want to talk to is the rodent Pokemon who says “pika pika” in the most adorable way possible. Now, you can do that with the Takara Tomy Norinori Pikachu Talking Robot.

Designed for interactive “conversations,” the toy actually lets you talk with the franchise poster boy without having to be in a dizzy haze like Ash was during the Pokémon: I Choose You! movie. You don’t have to turn it into Detective Pikachu, either, as this little yellow rodent can muster a gaggle of phrases all on its own with very minimal prompting. Suffice to say, it will make for far more interesting exchanges when your Pokemon can say much more than “pika pika” over and over. 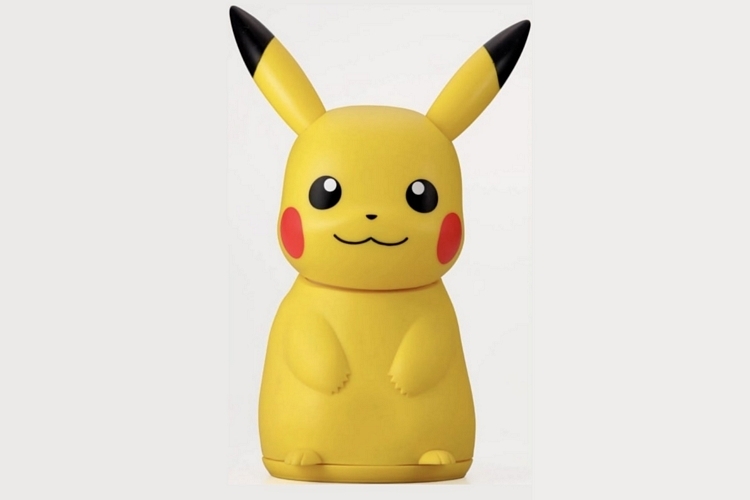 The Takara Tomy Norinori Pikachu Talking Robot is a Pikachu toy measuring 11 inches tall, so it will make for a fun sight standing on the coffee table, a side table, or your office desk. It’s loaded with 60 different prerecorded words and phrases that it can blurt out in response to your words or actions. Yes, it includes Pikachu’s signature “pika,” which it will immediately utter as soon as you squeeze the tiny belly (it’s made from a squishy material) on the yellow pocket monster.

The catch? It only speaks and response to Japanese. That’s right, this is a Japan exclusive, so you’ll need to brush on some Japanese words if you’re going to hold any semblance of conversation with the toy. Don’t worry, you won’t need to recite paragraphs’ worth of Japanese phrases, as it mostly requires simple words like “utatte” (sing) or “odotte” (dance). Still, you’ll have to build up your Japanese vocabulary, so it’s probably a good way to get started learning the language as well. 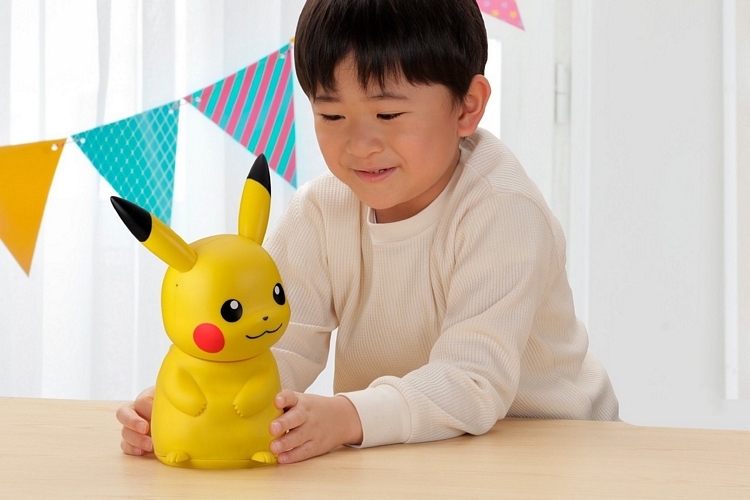 The Takara Tomy Norinori Pikachu Talking Robot also comes with prerecorded songs (Pikachu no Uta), so your little yellow buddy can serenade you with its signature ditty, along with three preprogrammed dance routines, which it will perform to three preloaded tunes. Yes, we don’t know how it’s going to dance, either, but we imagine it will be spinning clockwise and counterclockwise in place. The toy’s face isn’t animated, by the way, so it will keep that wide-eyed, smiling face, no matter what direction your conversation is headed. Just a smiling poker face the whole way through. It runs on four AA batteries. 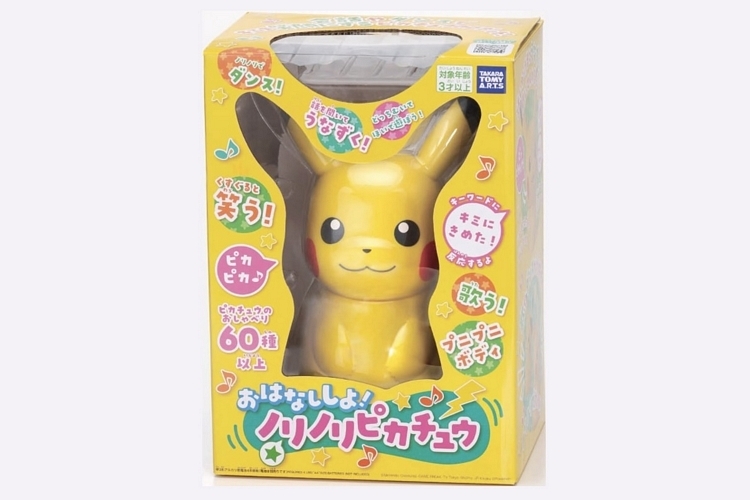 Remember how creeped out you were when Pikachu uttered that sentence in that I Choose You movie? Well, prepare to be creeped out many times over with this new toy, which should make for a really interesting addition to anyone’s Pokemon toy collection. Of course, the fact that it speaks Japanese will probably offer some comfort, as it’s totally not as weird as the darn thing speaking fully-formed English sentences. Unless, of course, you’re Japanese, in which case, maybe buy this when it comes out in another language. Or something.

The Takara Tomy Norinori Pikachu Talking Robot is available as an import from Japan Trend Shop, priced at $131.