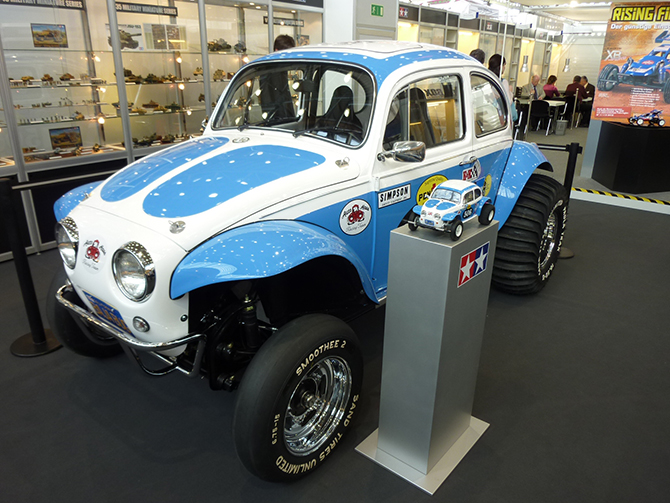 Remote controlled cars modeled after real-life special editions are nothing new.  This life-size Tamiya Sand Scorcher, however, turns the table around on the iconic RC kit, copying the 1/10th scale model in detail to produce a blown-up version.

We’re not sure if you’re too young to remember the Sand Scorcher, but it was easily one of Tamiya’s most popular kits.  Boasting components built almost entirely out of metal and a suspension based on a real Volkswagen Beetle, it was one of the most advanced toy cars of the 80s – the one all the cool kids drove nose first into their parents’ favorite furniture.  It was released in 1979 and continues to be a much sought-after model, with mint boxed units having sold for up to $5,100 on eBay.  Of course, why buy an RC when you can hit the trails with the real thing? 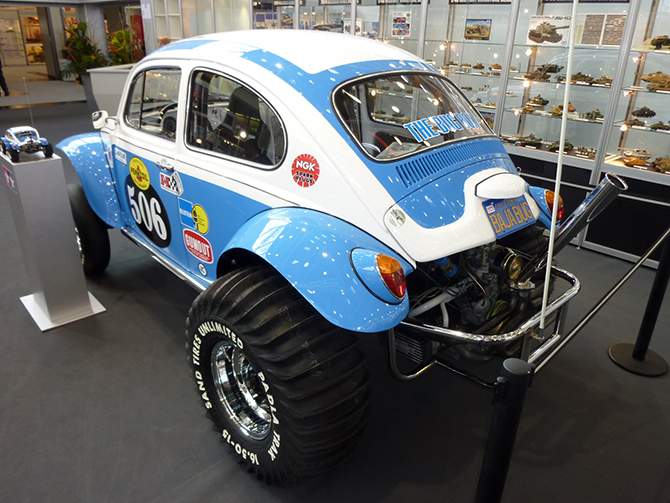 Built by German customization and restoration shop, Bug Box, a 1968 VW Beetle body with sunroof was used for the life-size version.   They made it as exact a replica as they could, mimicking much of the cosmetic and mechanical details that make the Baja Bug unmistakable (even the decals were measured to scale).   Obviously, the real thing runs on gas and won’t require a radio console to operate (although they did make one – see photo below) . 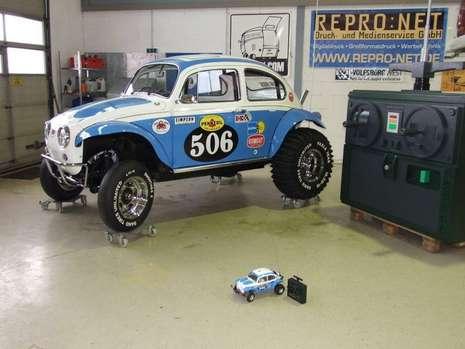 The “10:1 scale” desert buggy was commissioned by Tamiya themselves.   Intended to commemorate the re-release of the Sand Scorcher (now available for $505), it was one of the highlights in Tamiya’s booth during the Toy Fair in Nürnberg, Germany.