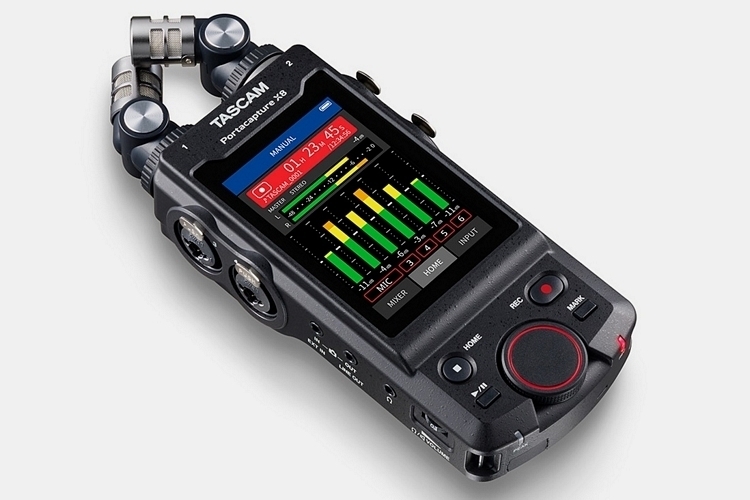 Last year, Zoom released their modular audio recorder, which came with the usual gaggle of physical controls along with a touchscreen panel that allowed you to run apps customized to each type of recording it supports. It was a great way to streamline the controls, which could be challenging in a device that can record 12 tracks simultaneously. It seems like Tascam liked what they saw in the Zoom’s touchscreen integration, so for the Tascam Portacapture X8, the outfit is using an even bigger touchscreen display as the primary control interface.

Equipped with a 3.5-inch touchscreen, the device brings smartphone-like controls to the audio recorder, allowing you to swipe, tap, and use gestures to manage any session. As a result, it looks a lot cleaner than a typical multi-track recorder, with a whole lot less of the knobs, sliders, and buttons typically found in similar devices. 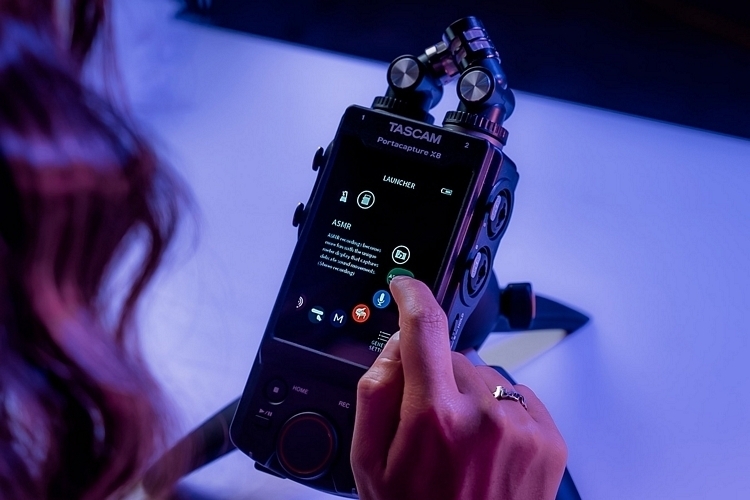 The Tascam Portacapture X8 is a portable multi-track handheld recorder that supports up to eight tracks simultaneously, so you can use it for a variety of recording applications, whether you’re jamming with a band, doing a podcast, or capturing audio for an amateur film. It has two built-in 14.6mm large-diaphragm condenser mics that you can use on their own for traditional handheld recording function, letting you capture audio for interviews, lectures, and your personal musings about the world at large. Yes… we’re still not interested in that, sorry. Those mics are detachable, by the way, in case you’d rather get all your audio from external inputs.

It also has four XLR/TRS combo inputs, so you can add a quartet of external audio sources (mics, instruments, mixers) for a total of six input tracks, with the option to add two mix tracks for full eight-track recordings. Each of those combo inputs has its own phantom power supply (24V and 48V), too, along with HDDA mic preamps for trouble-free setup. There’s also a Camera/EXT input that lets you monitor audio recorded on a camera and a Camera/LINE output to send audio to external devices, as well as a built-in speaker and a headphone output for audio monitoring. 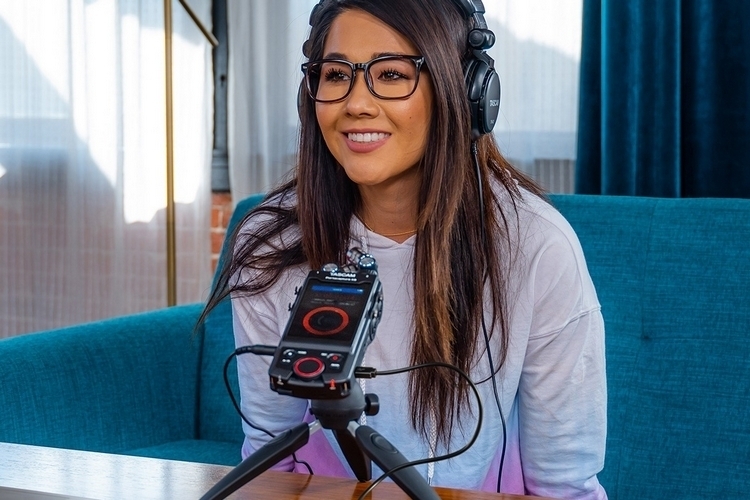 The Tascam Portacapture X8 uses apps on the touchscreen to streamline the interface for each type of recording, namely Manual, Podcast, Field (outdoor settings), Voice, Music, and ASMR (yep, they even have an app for your little weird audio recordings). According to the outfit, the app has an emphasis on presets that will allow users to simplify the process of getting the optimal settings for any situation, although you still get the ability to tweak and fine-tune every detail if you so prefer. 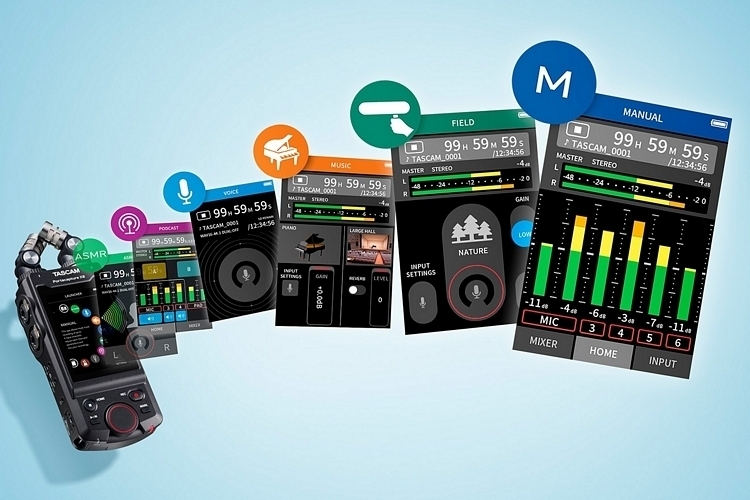 It has a storage slot that supports up to 512GB memory cards for instantly saving your recordings, as well as a USB-C connection for streaming audio to a PC instead. Other features include support for 192kHz/ 32-bit float point recording, dual recording mode that enables each file to be recorded in a different format, and wireless remote control via a companion app. It can run on either four AA batteries, a direct USB connection, or an optional AC adapter.

The Tascam Portacapture X8 will come out later in the year. No price has been announced.