TCL Nxtwear G Puts A 140-Inch Transparent Screen Inside Sunglasses, So You Can Watch On The Big Screen All Day 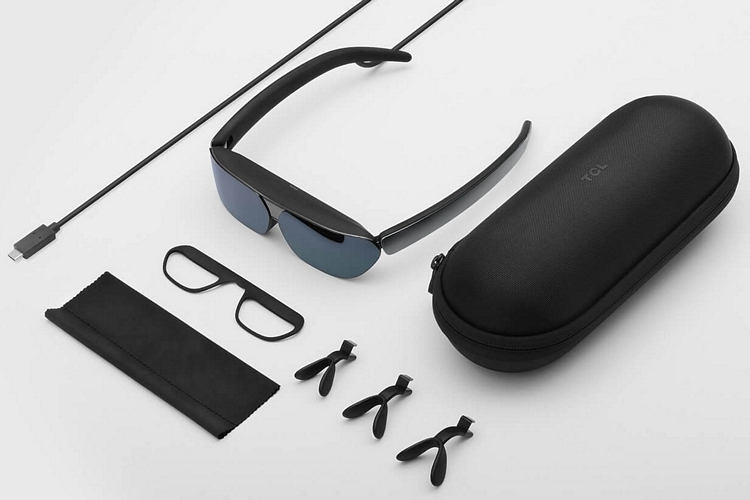 No, the TCL Nxtwear G Isn’t going to change your opinion about smart glasses being ugly as heck. The darn thing looks like the kind of oversized sunglasses kids will wear to look goofy at a birthday party. It does, however, bring a potentially useful function that could make it compelling enough to wear at various points throughout the day.

Like many contemporary smart glasses, it’s done away with the intrusive cameras of the Google Glass prototypes, opting to use the form factor as a personal display. In this case, though, the display is implemented as a transparent panel, so you still retain a full view of whatever’s in your periphery, albeit with a layer of digital content on top of it. We know… watching an intense movie while seeing people walking by in the background is not quite as fun as on a giant living room TV, but it does offer a viable on-the-go alternative. 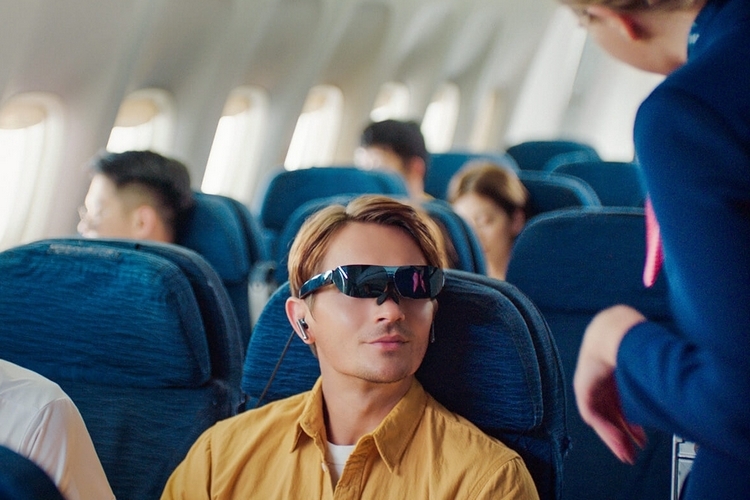 The TCL Nxtwear G is equipped with two 1080p micro-OLED panels, one on each lens, creating a display that, the outfit claims, should be equivalent to watching on a 140-inch screen from 13 feet away. It has a 16:9 aspect ratio and a 60Hz refresh rate, too, making it viable for delivering a portable cinematic experience. That means, you can use it to enjoy movies as if you’re back at the local theater, all while you’re actually commuting by train on the way home after a long day at work. Sure beats trying to enjoy Netflix from the tiny screen of your phone.

According to TCL, the display sized can be resized, in case you prefer something less imposing than a gigantic 14-inch panel. They can even show it as a curved display, in case you want the greater immersion that monitors covering your entire periphery are able to provide. The display follows your motions at all times, by the way, so the whole thing stays steady even while you’re on the move. 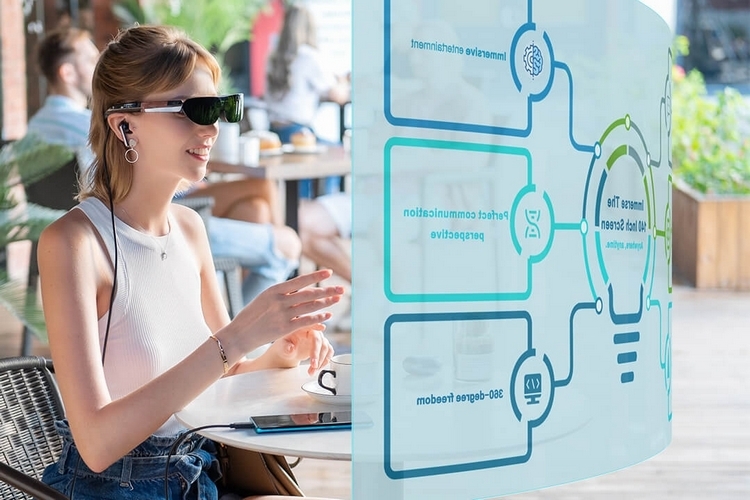 The TCL Nxtwear G doesn’t have an onboard computer, which is how they’re able to limit its size (yes, it could have been a lot bigger). Instead, it’s designed to connect via a USB-C connection to any smartphone, tablet, or laptop with a USB-C DisplayPort output, essentially serving as an external display to whatever device you’ve hooked up to it. It comes with onboard speakers, too, which, we’re hoping, will mimic the direct-to-ears design of products like the Bose Frame, so you don’t end up disturbing people around you too much. 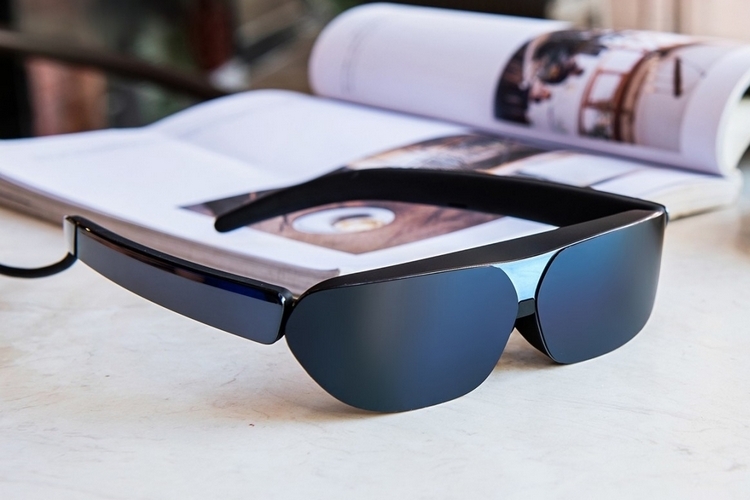 From what we can tell, there’s no control mechanism built into the glasses, so we’re not sure how you’re supposed to interact with the device plugged into it. Having to still have your phone out, so you can tap and swipe, while watching the screen on a face-worn display doesn’t sound all that fun. The glasses, by the way, come with three nose pads for adjusting the fit and a lens frame for those people who want to use it with correction lenses.

The TCL Nxtwear G will launch in Australia next month, with other markets to follow afterwards. No pricing has been announced.