Teagueduino Makes The Arduino Even Simpler 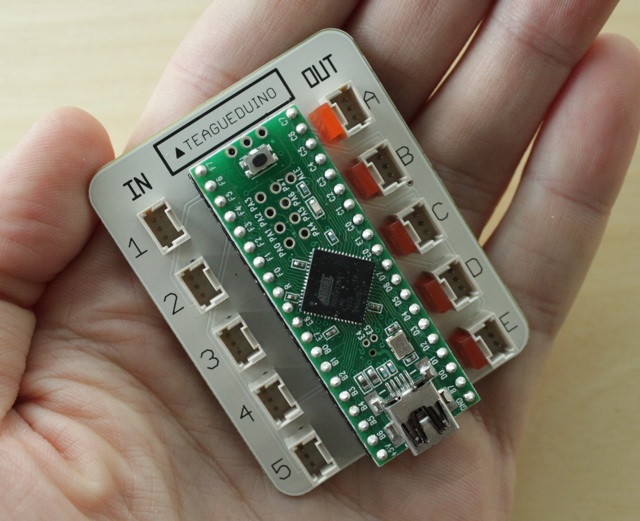 We’ve seen plenty of people do plenty of cool stuff with an Arduino board and a lot of imagination.  As tinkerer-friendly as that platform is, though, it can still be daunting to some folks with all the programming and soldering involved.  The Teaguedino makes it even more accessible.

Instead of needing a soldering iron to get your inputs and outputs connected, the board has simple snap-in slots that let you connect stuff as easily as you slip in a thumb drive into a USB port.   No need to get into the laborious coding business, too, since it comes with a UI filled with pre-made templates and drop-down menus that let you click away to slap together a functional program. 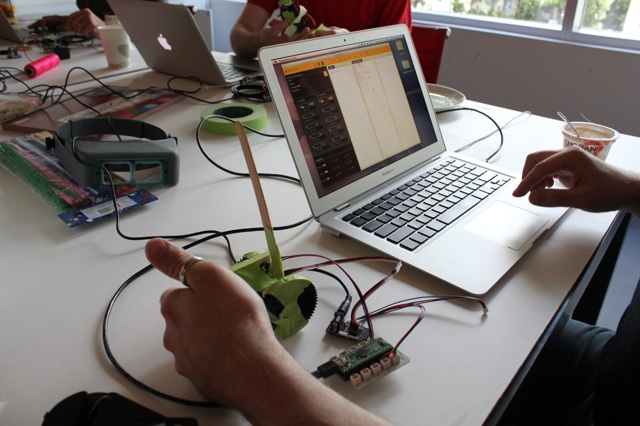 Each Teagueduino board comes with 5 inputs and 5 outputs built in, with the  Teensy++ microcontoller development system pre-loaded.  If you buy it as a kit, you get one board, along with a full set of wired inputs, wired outputs and a servo bundle.   Inputs include 2 buttons, 2 potentiometers/knobs, a switch, a magnetic field sensor, a light sensor and a temperature sensor;  output set consists of  two piezo speakers, three differently-colored LEDs (red, green and blue) and a vibration motor; servo bundle includes a pair of servos, one power-up board and a 5V DC power supply.

While designed to make it easy for beginners to get started on embedded development, the team claims the system has a high ceiling that will allow its use even for more advanced projects (probably not as advanced as you can do with the .NET Gadgeteer, though).  The main control board can even be popped off and inserted somewhere else, in case you want to use it as a brain for some project you’re doing.

The Teagueduino team just reached their numbers on Kickstarter, so the kits are definitely coming soon.  Price is $160 for a full assembly, with $260 getting you the same thing plus a bunch of extra I/O terminals.