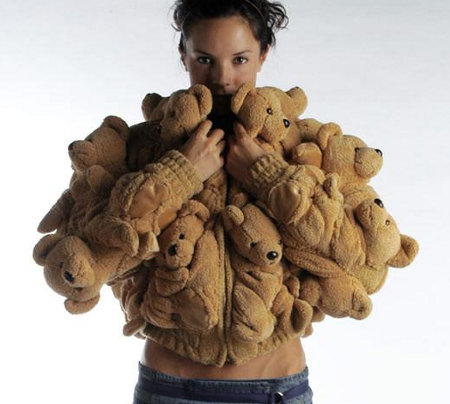 Not sure if you saw it, but I caught Lady Gaga in an interview once, rocking an otherwise unwearable outfit decked in dozens (probably hundreds) of Kermit The Frog dolls.  This piece from designer Sebastian Errazuriz is based around the same concept, swarming the wearer in stuffed toys instead. 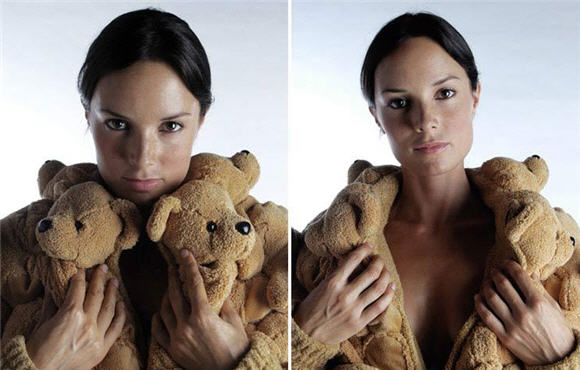 It’s fashioned by the same cat who brought us that weird modular Zipper Dress, building it from the mutilated bodies of several furry stuffed toys.  Instead of sewing on the dolls to a jacket, however, the outfit was actually built using them, with the hems and cuffs looking like the only separate addition.  Whatever this guy is on, pass it along.  Seems like brilliant stuff to me.

The artist’s site doesn’t give any details on the outfit, but it’s filed under Limited Editions, so they probably had a short run with this.  Now, how about someone make a similar coat using creepy thumb-sucking Monchichi dolls? I’ll buy two of that, please.