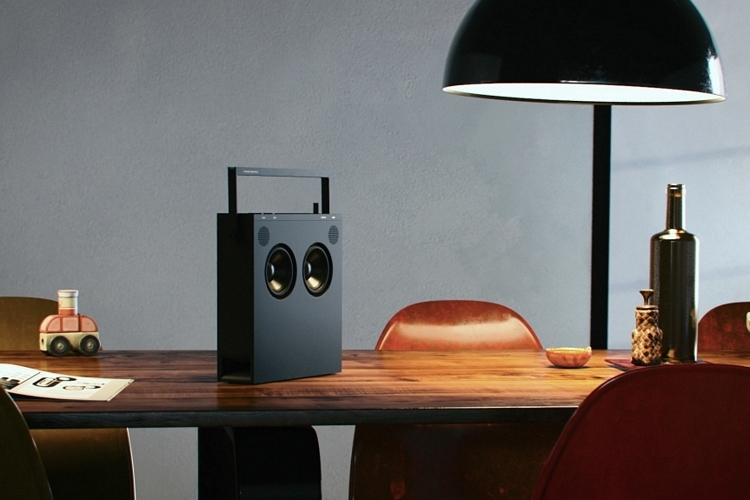 At first glance, the Teenage Engineering OB-4 looks like one of those modern Bluetooth boomboxes. It’s just big enough to house powerful sound drivers inside it, while being compact enough that you can easily transport it by hand anywhere you go. Knowing the outfit, though (they made those tiny pocket synths and that styrofoam record player), you probably already know they didn’t stop there.

Unlike many Bluetooth speakers today, the device has a built-in radio tuner, so you can listen to old-school FM stations like it’s 1995. We know, you have on obscure brand of Bluetooth speaker that does the same thing, but that isn’t really what makes this speaker particularly unique. 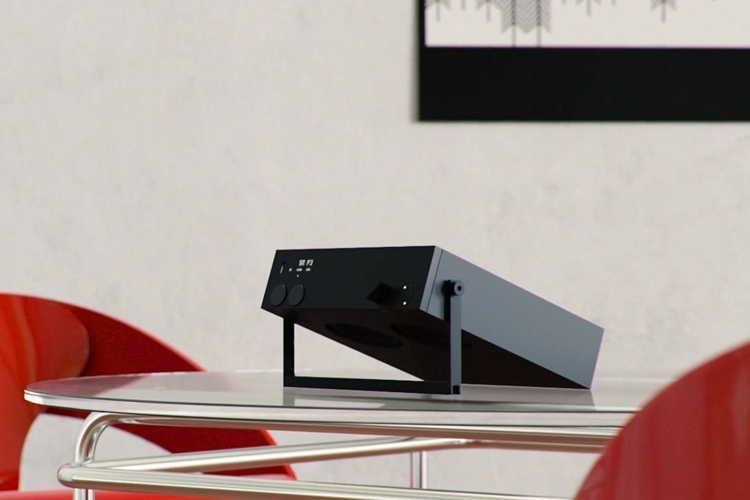 The Teenage Engineering OB-4 also comes with something the outfit calls an “endless looping tape,” which records all audio signals before it’s actually played through the speaker. Why? So you can rewind when you heard something good that you’d like to hear again. We know, you can just rewind the track you’re streaming from your phone, which most people already do anyway. From what we can tell, though, this is mostly intended for use with the FM radio, essentially modernizing what people used to do back in the 80s, when people recorded songs on the radio to a cassette tape, so they can listen to that band’s one good song without having to pay for their entire album.

Of course, it doesn’t actually record to tape. Instead, it has onboard digital storage that keeps a recording of the last two hours’ worth of audio that’s been played through the speaker. A large dial on the device, by the way, continuously turns as it records, serving as a visual reminder of what it’s doing in the background. Turning that dial manipulates the sound, similar to how you can manipulate a record on a turntable by moving it clockwise or counterclockwise, allowing you to replay something from a few minutes ago or remix a song on the fly to amuse yourself on a boring Sunday afternoon. Oh yeah, you can also slow down or speed up the recorded audio during playback, so there are some cool party tricks to play around with here. 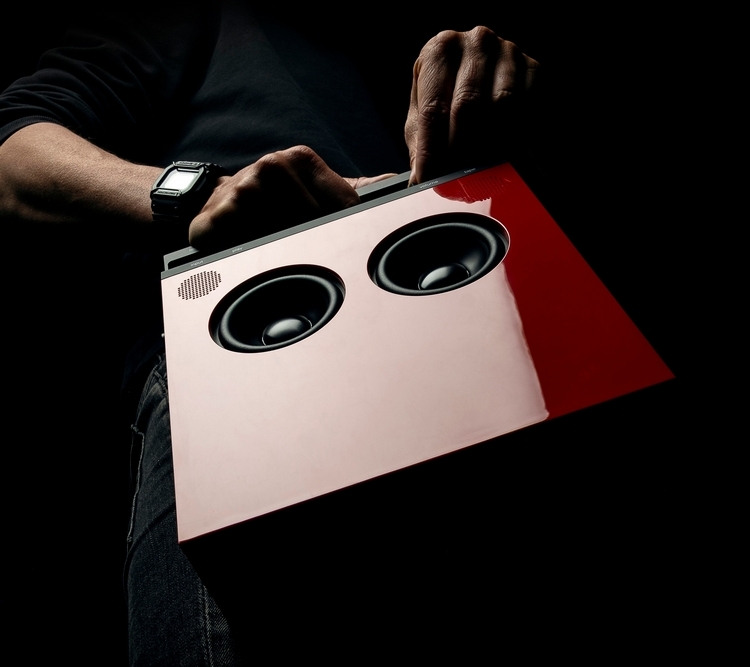 The Teenage Engineering OB-4 also has a “Disk” mode setting that allows you to alter audio even further. The “karma” option, for instance, will play a stored collection of quotes in a psychedelic way, while “ambient” feeds live radio signals through a synth engine to create abstract soundscapes. There’s also a “metronome” option that will play standard metronome beats in any tempo you desire. From what we can tell, they’re looking to expand the options for “Disk” mode down the line, so this could be something interesting for folks who pick this speaker up. 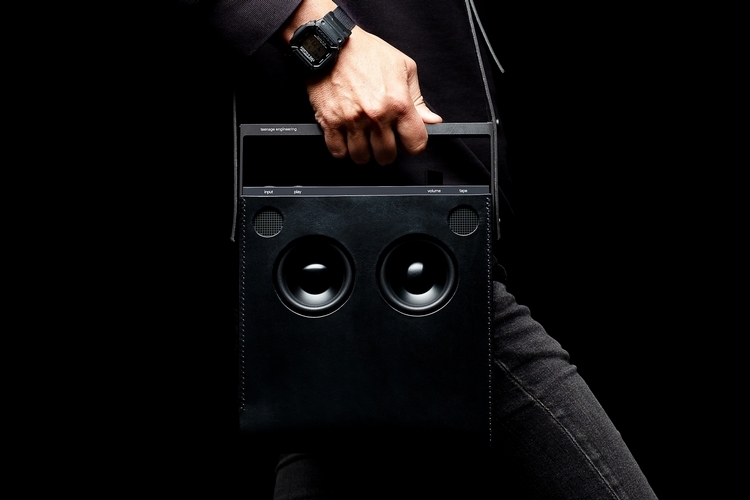 As for the speaker itself, it’s a pretty powerful boombox with two 4-inch bass drivers and two neodymium tweeters that boast a whopping 38-watts of power per channel, so this thing can play really loud stereo music. According to the outfit, the onboard battery can keep it running for up to 72 hours between charges.