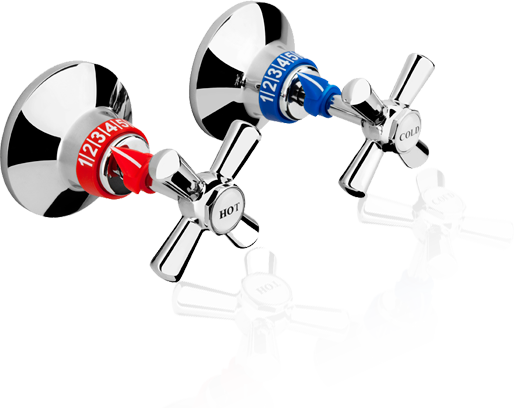 Getting just the right temperature of water from your tentacle shower is often an exercise in luck — you turn the hot and cold handles until the combination feels right.  Next day, it’s the same thing.  Day after that, too.  Here’s an easy way to take the guesswork out of showering: the Temji.

A simple accessory that wears over your shower taps, it adds a numbered dial that you can use as guide.  That way, all you need to do is remember what number combination got you that perfect lukewarm shower the last time and do the same thing over everyday until you die.   Which, if the prophecies are right, will be in 2012. 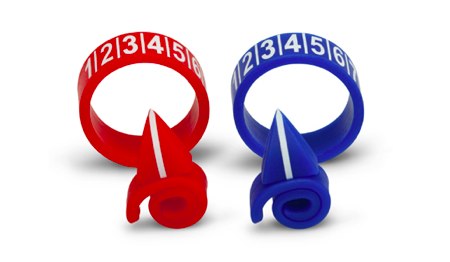 The Temji consists of two parts: a numbered band that slips over the base of the faucet and an arrow that winds around the stem.   Constructed out of a rubber material, it can stretch to fit most shower taps (and most any tap, for that matter), so you can use it to remember settings on your hot and cold water sources.

If you’ve ever spent the morning scalded by water that’s too hot or sent into hypothermic shock by showering in water that’s too cold, the Temji should put an end to the daily madness.  It’s available from DreamFarm, priced at $5.95 a set.