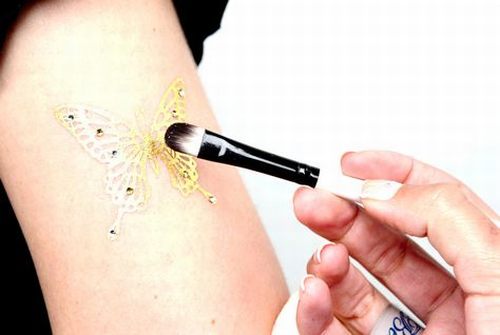 Fake tattoos are generally tacky body decorations more apt for children than older individuals.  Precious Skin from Dubai, however, has found a way to make them just a bit more desirable to people older than twelve: 24-carat gold temporary tats.

Originally created by Japanese designer Nobuhiko Akastuka in 2006, the company decided to bring the luxury art service to Dubai, since, let’s face it, those people seem to blow cash right out with their farts.  Which happens to be a good thing, since I wouldn’t mind letting gas go from all that curry I ate last night if a couple bills slipped along.  Heck, I’d do it even in an elevator full of bikini models for a nice 50 bucks bonus. 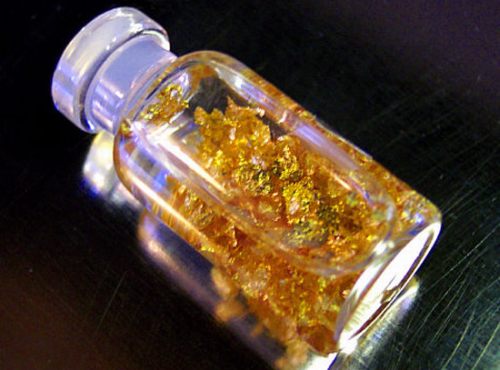 Precious Skin uses 99 percent gold or platinum foil for the tattoos, which are applied directly to the skin to form various shapes and designs.   They’re marketing it for adornment, similar to jewelry, which would be perfect for special events, such as weddings and bling-bling showdowns with the family next door (disclaimer: the second one is pure fantasy on my part).  Do note that henna tattoos are supposed to be popular during special occasions among women in the Gulf.

The gold-tattooing outfit currently has two outlets in Dubai, one of them in the prestigious Burj Al Arab hotel.  Personally, I can’t believe this came to the UAE before America.  All stateside rap stars perpetually need more ostentatious ways to spend their platinum-record bonuses, after all.

Pricing for Precious Skin’s temporary gold tattoos range from $50 to $5,500, depending on the design.  Each tattoo is estimated to last for around a week.