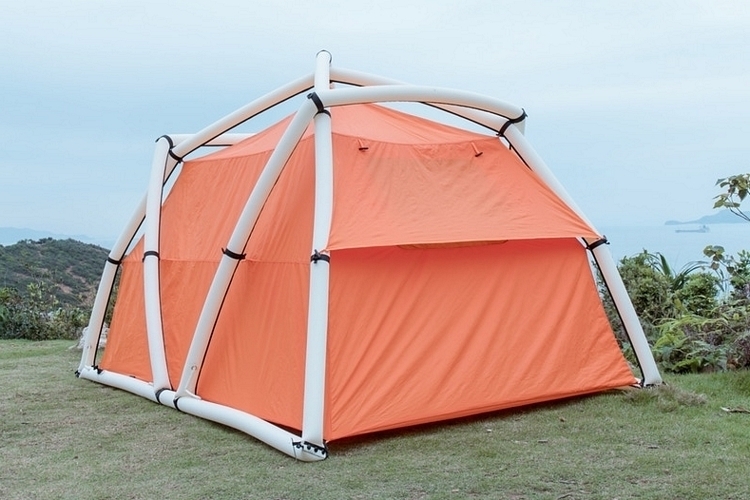 It’s not the first inflatable tent to use a heavy-duty exoskeleton in the market. Heimplanet already did that and they’re still doing it well. The TentTube, however, does it much more affordably, giving outdoor enthusiasts a way to enjoy the same inflatable convenience without the premium expense.

Yes, it’s, pretty much, just a Heimplanet clone. You know, it’s tent a that’s pitched using an inflatable skeleton that you blow up using an air pump, making it dead simple to set up, allowing you to get a functional shelter in place without the all the work that usually goes into pitching a tent. 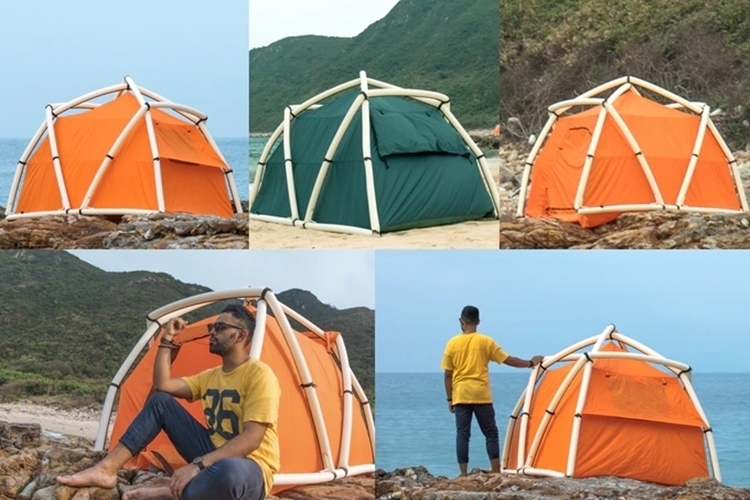 Similar to Heimplanet’s tents, the TentTube combines an exoskeleton frame in the exterior with a fabric shelter beneath it, so inflating the frame automatically sets the shelter up in place. The outfit claims the frame is strong enough to provide “even more stability than traditional steel poles,” ensuring you can have a reliable shelter for all your outdoor adventures, all while coming in two layers with independent air chambers, making it both difficult to puncture (because of the dual layers) and resilient (the tent can stay up even if one of the air chambers gets damaged). Of course, an inflatable frame isn’t likely to be enough to keep the tent in place on moderately windy days, so it comes with four stakes, allowing you to secure it to your desired spot in camp.

According to its creators, the tent can pack down in a size that’s 50 percent lighter and smaller than traditional tents that can hold the same amount of occupants, making it easier to pack and more convenient to carry. Collapsing it is just as simple as any inflatable – simply open the valves to let the air out and you’re set. From there, you just fold it into a neat pile and put it away. 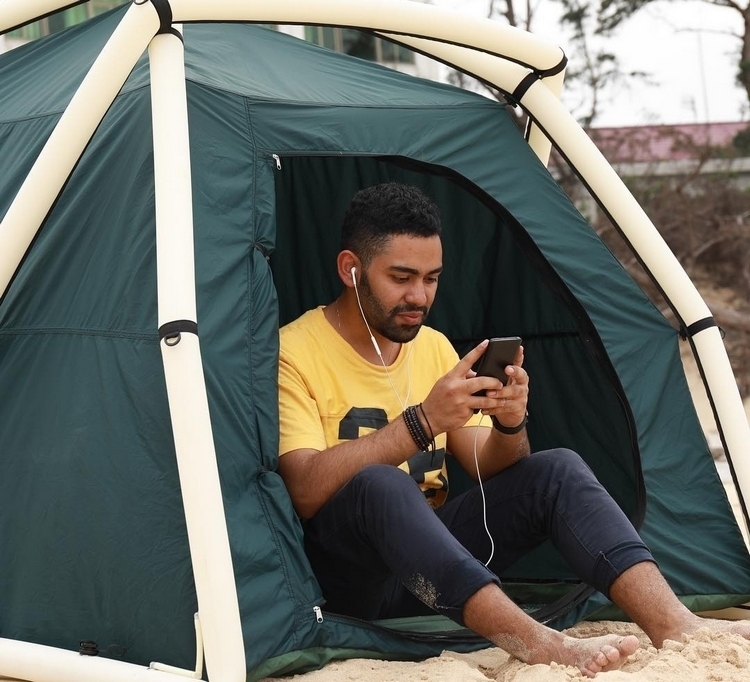 The TentTube comes in just one size, with a ground area of 11.8 square feet, a height of 5.1 feet, and a weight of just 6.6 pounds when collapsed, all while collapsing into a pack that measures just 16.5 x 7.1 x 12.2 inches for easy portability.  Inside, it can accommodate anywhere from two to three people, depending on their individual space requirements, so you can carry just one tent for a small group if you want to minimize your pack. The tent itself is made from waterproof, windproof, and flame-retardant materials, allowing it to repel rain like it’s nobody business, resist winds up to 33 mph, and even minimize the risk of catching fire. 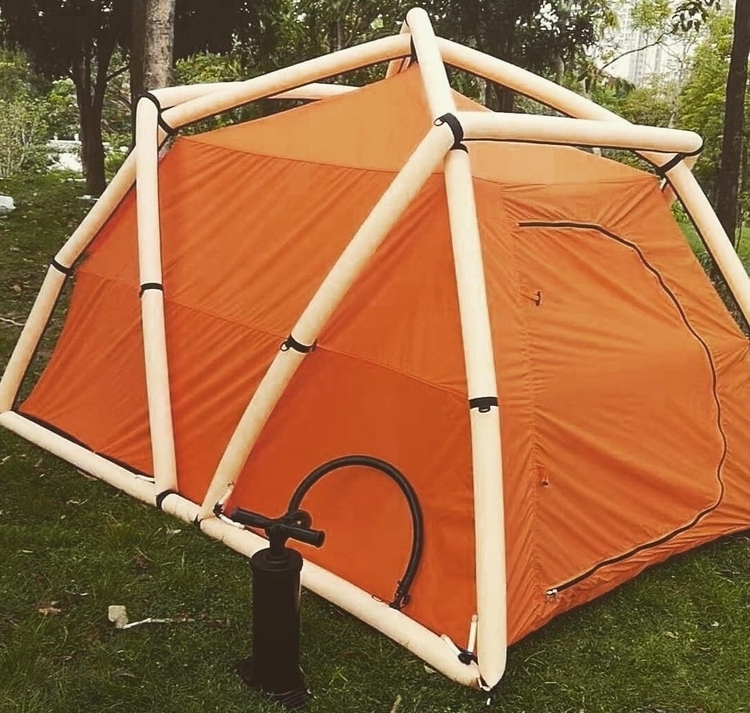 Construction is stiff polyester for the outer exoskeleton and a flexible thermoplastic polyurethane for the inner frame, so this shouldn’t be susceptible to puncturing rather easily, while the flysheet and inner tent are both clad in ripstop nylon for dependable performance against the elements. There’s also a built-in ground sheet made from nylon taffeta. Each tent comes with a two-way double-action pump that, according to the outfit, can inflate the whole thing in just “a few strokes.”

A Kickstarter campaign is currently running for the TentTube. You can reserve a unit for pledges starting at $249.