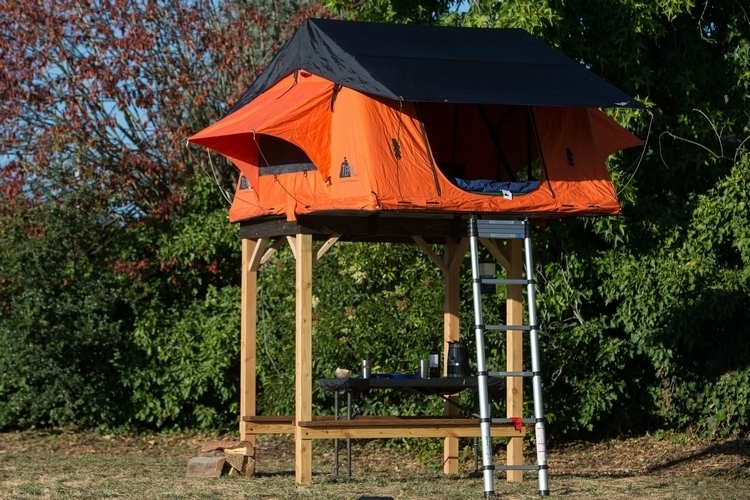 Rooftop tents are awesome, allowing car campers to sleep comfortably far away from the cold, hard ground. And while the top of your car remain their rightful home, Tepui thinks it’s time to expand the reach of rooftop tents beyond car camping and that’s exactly what they’re bringing with the Tepui SkyCamp.

A wooden structure designed to hold one of the outfit’s tents on top, it lets you set up a rooftop tent without a car in sight. Why would you do that? We don’t know. Maybe you want to set up a tent in the backyard for “glamping” with the kids. Perhaps, you’re a vineyard owner who wants to set up low-cost accommodations for guests during summer. Or maybe you’re a resort owner with customers who want to sleep under the stars on occasion. Whatever the case, this thing lets you do just that. 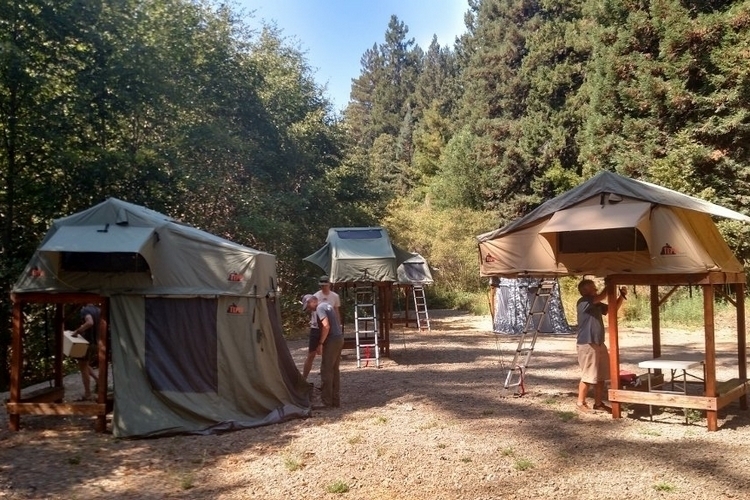 The Tepui SkyCamp is actually meant as a turnkey solution for businesses looking for an affordable way to accommodate guests in their property. As such, the structure puts the guests on a tent around six feet above ground, with the space underneath making an ideal spot for setting up a picnic table and the structure’s rails serving as functional benches. It’s, basically, a treehouse with neither a tree nor an actual house – just a tent on top of a wooden structure that you can set up anywhere on your property.

The wooden structure, by the way, is made from Douglas fir and ships unassembled. There are no details on what kind of work you’ll have to put in, but from the looks of it, all the wood has been pre-cut to slot into each section flush during assembly, so it shouldn’t be that hard. Yes, you’ll probably want to drive some nails in there just to make sure the frames don’t come off while you’re chilling in the tent. Each one, by the way, comes with a telescoping ladder that extends to a maximum length of 8.5 feet. 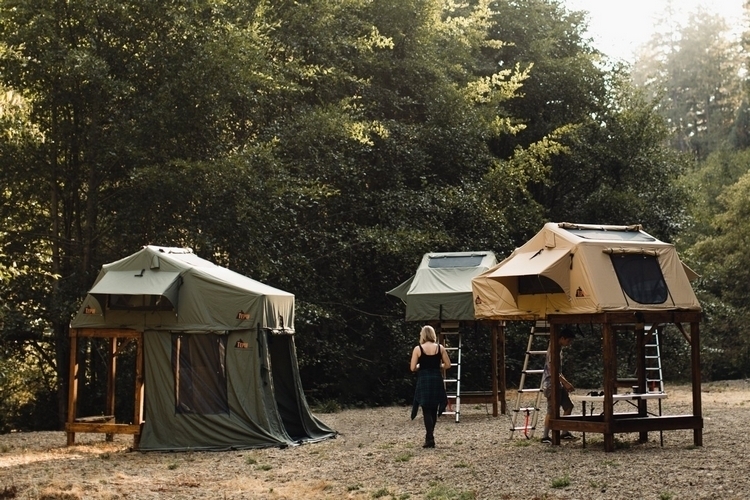 The Tepui SkyCamp comes in four configurations: SkyCamp Autana 3, SkyCamp Autana 4, SkyCamp Kukenam 3, and SkyCamp Kukenam 4. All four use the same wooden structure, but each one pairs it with a different tent.  The Autana 3 and 4, for instance, use the outfit’s four-season Autana tent, with the former sized for three people and the latter sized for four. It comes with an A-frame design to provide a decent amount of headroom, along with a fully-enclosed annex, a built-in foam mattress, and sky panels on the roof. 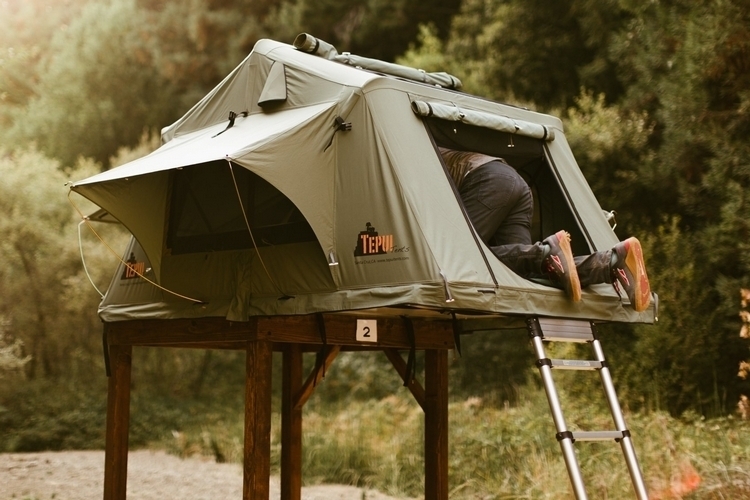 The Kukenam 3 and 4, on the other hand, use Tepui’s ruggedized Kukenam tent, with the former accommodating three people and the latter sleeping up to four. It uses a similar A-frame design that allows its occupants to sit upright while inside, along with two screen sky panels on the roof, a built-in mattress with anti-condensation mat, and dual rainfly support rods to withstand strong winds.

Pricing for the Tepui SkyCamp starts at $2,650.