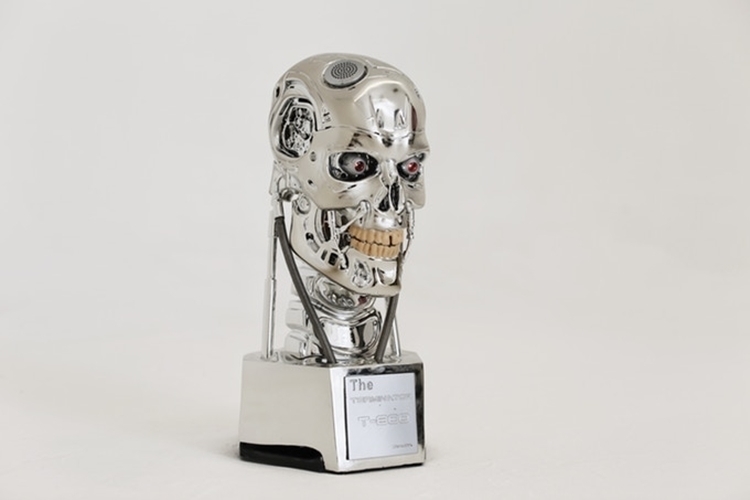 Talking to Alexa using one of Amazon’s Echo speakers is fun and all. We doubt it’s going to be as fun as when you’re talking to a speaker clad in the likeness of the cybernetic organism (sans the living tissue) from the Terminator movies. That’s right, someone decided to make a Terminator T-800 Speaker with Amazon’s Alexa virtual assistant onboard.

No, they didn’t quite build a life-size sculpture of the endoskeleton. I mean, that would be awesome, but would probably be too expensive. Instead, they took the endoskeleton’s head instead and fitted it with speaker hardware, allowing you to pump your playlists from a terrifying robot head straight out of Skynet. 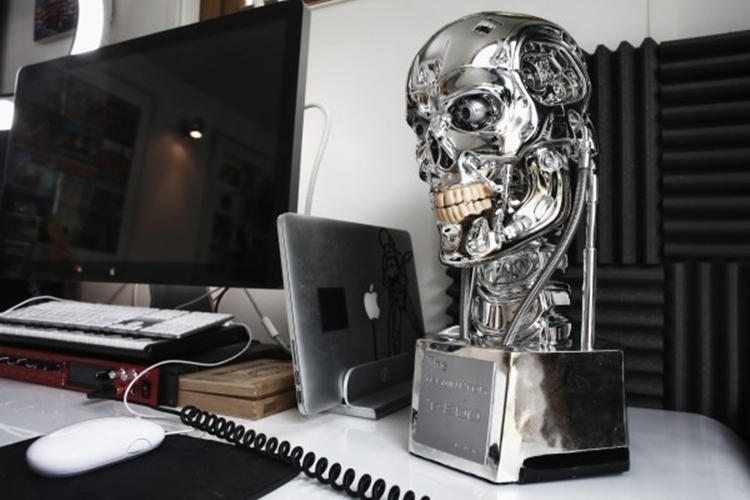 Made by AC Worldwide, the Terminator T-800 Speaker comes with a detailed reproduction of the endoskeleton skull that’s seriously on par with some of the best T-800 sculpts we’ve ever seen. While there are no actual moving parts, all the mechanical details on the darn thing sure looks like it can be capable of snapping its head at you and trying to bite off an ear while you nap. Simply put, the darn thing comes with enough details to look like a legitimately terrifying version of the iconic sci-fi character.

The skull, by the way, comes mounted on a platform like a trophy, complete with a plaque whose message you can customize according to your liking. That’s right, you can have the plaque say it’s an award (from Skynet’s official award-giving body), a gift from Arnold himself (because you’re delusional like that), or an actual T-800 you slayed while battling Skynet on a different dimension. Or something like that. 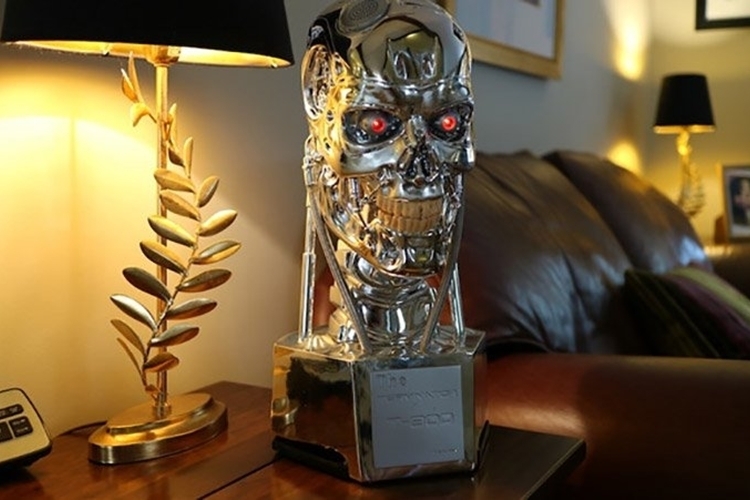 The Terminator T-800 Speaker measures 18 inches tall (base included), so while it’s not quite a life-size skull, it is one of the bigger T-800 reproductions you can probably find today. They use a fully-reflective polished alloy for the skull’s surface, ensuring it looks exactly like the robot creations that the fictional AI overlords dreamed up, complete with a menacing pair of illuminated red eyes that look like they’re ready to drill at you with weaponized lasers.

As for the actual connected speaker, it comes with a 10-watt ported subwoofer and a five-watt 32mm tweeter, which deliver what the outfit describes as a “high-quality sound” with a “powerful bass and crisp, clear range.” It comes with Bluetooth for pairing with music sources, of course, along with an AUX port for hooking up to a wired connection. We have no idea how it actually sounds, but AC Worldwide has been getting great reviews for their speakers in the past, so this one’s likely to follow suit. 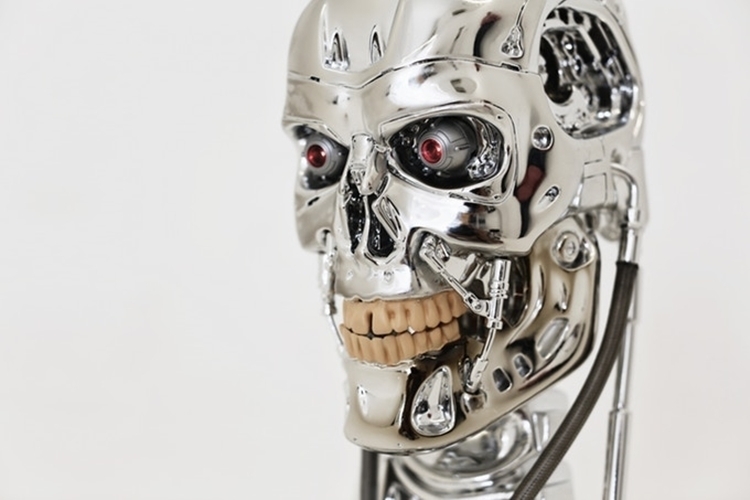 Of course, it’s more than a Bluetooth speaker since it’s also a platform for Amazon’s Alexa. As such, it comes with built-in Wi-Fi for jumping on your home network, along with an HD camera hidden in one of its eyes. We’re guessing the latter is for supporting Alexa’s new camera-centric features, which started coming with the release of the screen-and-camera-equipped Echo Show.

A Kickstarter campaign is currently running for the Terminator T-800 Speaker. You can reserve a unit for pledges starting at £240.