Ever wished you can bulldoze the heck out of your yard, whether for shoveling snow, clearing out bushes, or scraping all the litter off the ground after a rowdy party? It turns out you can with the TerraMec 1, a radio-controlled mini-bulldozer designed for farming, yard work, and commercial landscaping.

Made by Howe and Howe, it’s described as “the world’s first robotic miniature tracked loader skid steer.”   Yeah, that’s long, so we’ll just call it a mini-dozer, with the ability to leave a bulldozer-like path of destruction in its wake, albeit at a proportionately smaller scale. 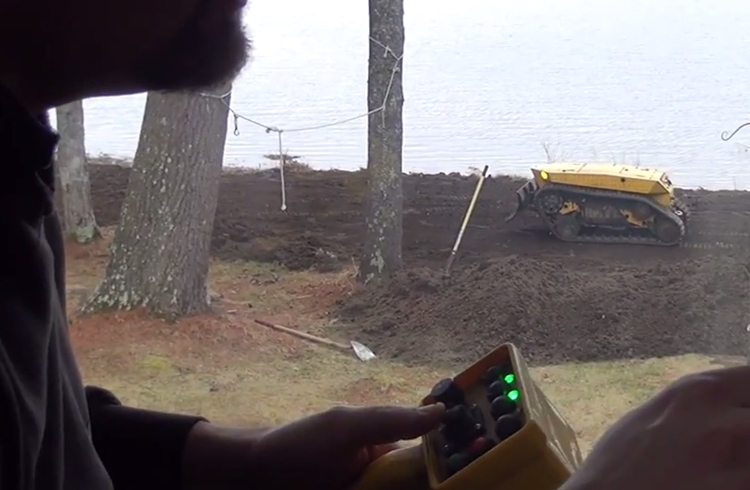 Operated using a wireless controller, the TerraMec 1 can be managed over viewing distances, giving users a great vantage point to see exactly what they’re working on. Armed with a 30-horsepower motor, it’s strong enough to haul large rocks (up to 1,000 pounds) and tow fallen trees (up to 2,000 pounds), with its rubber cable-belted chassis allowing it to clear most any kind of yard landscape, along with any reasonably-sized obstacles and debris (up to 8 inches clearance) laid out across its path. It comes with six different attachments for use in varying types of jobs, whether you need to prep the backyard for a garden (dirt, sand, and loam plow), clear snow (snow plow), cut grass (mowing deck), break up the soil (rototiller), remove fallen leaves (a York rake), and move a pile of sand from one area to another (loader and dump bucket). 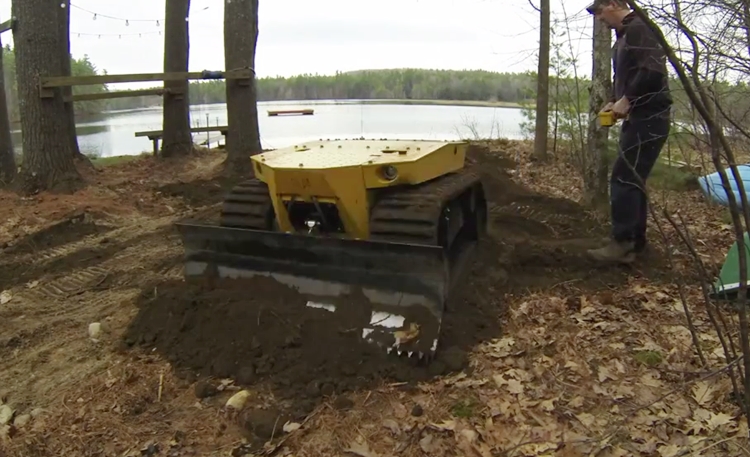 And just in case there’s no yard work requiring attending to, we have a feeling this thing will make for an awesome toy to wreak havoc around the neighborhood. Sorry, neighbors.

No pricing is listed, but you can call Howe and Howe to inquire about pricing and lead time for your own TerraMec 1.