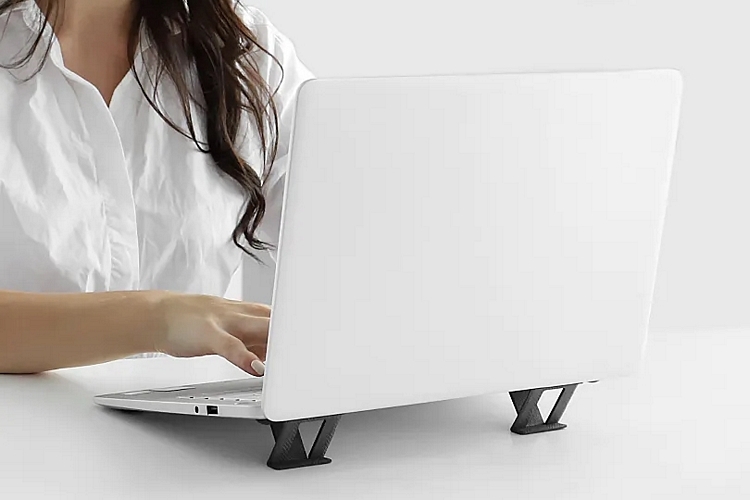 Most keyboards come with fold-out stands in the rear end for good reason: some people just find it way easier to type when the keys are sloped down that way. If that’s the case, though, then it has to be an oversight that not a single laptop we’ve seen come with the same rear kickstands to make typing on its keyboard similarly easier. The Tesmo Kickstand changes that.

While there are laptop stand accessories out there, they typically take the form of a plastic or metal board with the same dimensions as a laptop, which means it will take up a decent amount of room in your bag, making it largely inconvenient to carry regularly. This solution, on the other hand, integrates pretty seamlessly with your laptop, ensuring you can still keep it in the same case or pocket you regularly use to carry your notebook computer. 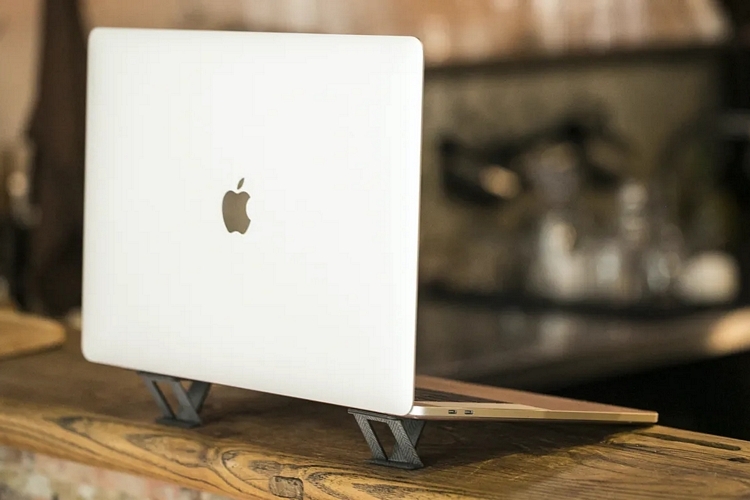 The Tesmo Kickstand consists of a pair of plastic stands that collapse into a flat tile measuring 60 x 45 x 4.5 mm. To install a stand, simply remove the sticker in the rear to expose the adhesive strip and stick on the rear underside of the laptop, making sure to put one on the left and another on the right. Since you’re the one attaching the stands, you can place it at any ideal spot, making sure it doesn’t interfere with the air vents, so the laptop can cool down without any issues.

There’s no word on how high it the kickstand raises the rear of the laptop, although judging from the pictures, it looks like it goes up a bit more than an inch, so it should also allow air to circulate freely. While the stand can only lock in at one slot, the fact that you can install the kickstand anywhere on the laptop means you can adjust the exact angle you want it raised. As in, you can place it towards the rear for the lowest possible angle and place it closer to the front if you want a steeper incline. 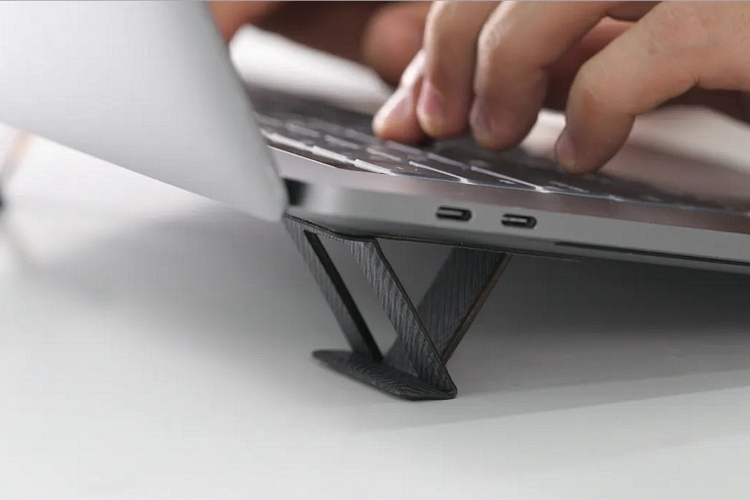 The Tesmo Kickstand is made from a hard plastic material, so the stand should hold durably even in those times where you find yourself slamming furiously at the keys. According to the outfit, each stand can support up to 17.6 pounds on its own, too, so it should handle everything from smaller 11-inch laptops to larger 17-inch gaming machines. Aside from laptops, you can also use it to add a stand on tablets, smartphones, and any other device you want to prop up on the desk. 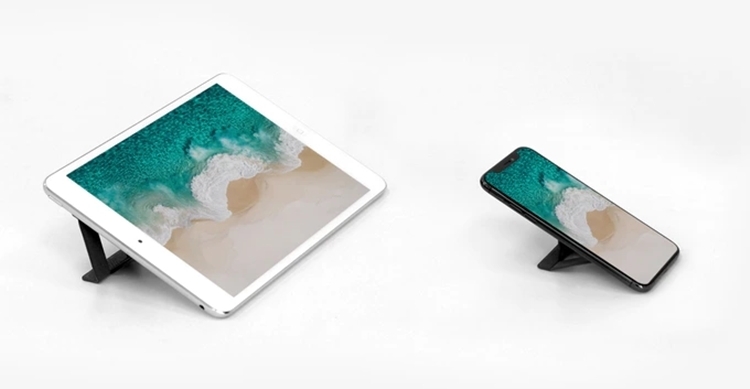 Don’t want to put stands permanently on your laptop? Not a problem, as the integrated backings are coated with reusable adhesives. That means, you can peel the stands off your laptop at any time without leaving any residue that you’ll have to spend the next hour scraping off from your laptop’s backside. According to the outfit, you can even stick it onto something else after that, with the backing retaining its adhesive properties. No word, though, on how many times you can use that before it stops sticking onto objects.

The Tesmo Kickstand is available now, priced at $18 a pair.