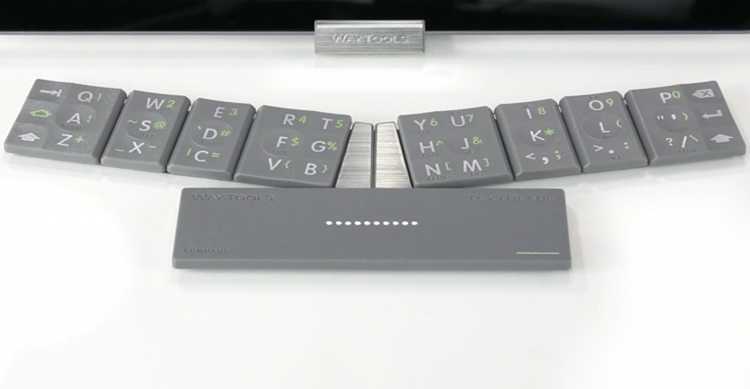 I’ve grown to be accustomed to using the virtual keyboard on my phone, but that doesn’t mean I’ve fallen in love with it. Truth be told, I want a real keyboard, although I’m just not quite enthused with the pocket-sized Bluetooth QWERTY keys available today. Could TextBlade be the mobile keyboard we’ve been waiting for all this time?

Unlike most mobile keyboards, this isn’t just pocket-sized, it’s way small. In fact, it looks more like a large thumb drive or a small pocket knife, rather than a smartphone-sized slab the way most mobile QWERTY rigs do. 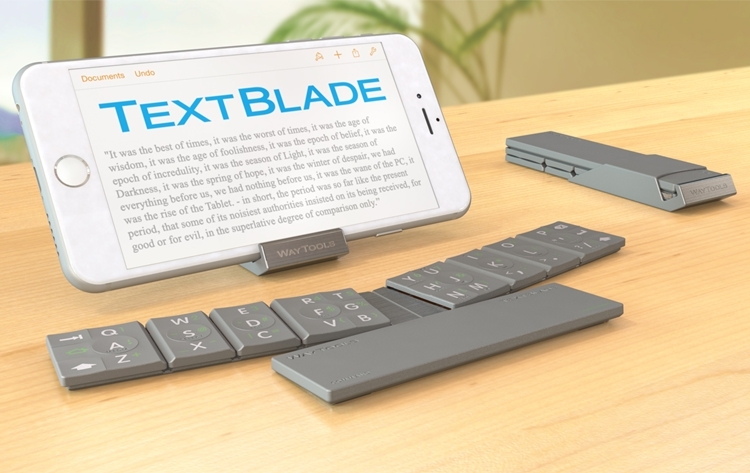 During use, TextBlade can detach into four different pieces: two that serve as the main keyboard, one that acts as a spacebar, and a last one that serves as a stand that holds phones and tablets upright at a slight angle.   That way, you can park on a desk with this thing and quickly type on a phone with a similar convenience you enjoy when typing on a laptop at home. The keyboard can pair to any iOS and Android phone via Bluetooth, with the onboard battery (housed inside the spacebar) able to provide a full month’s use on a single charge. 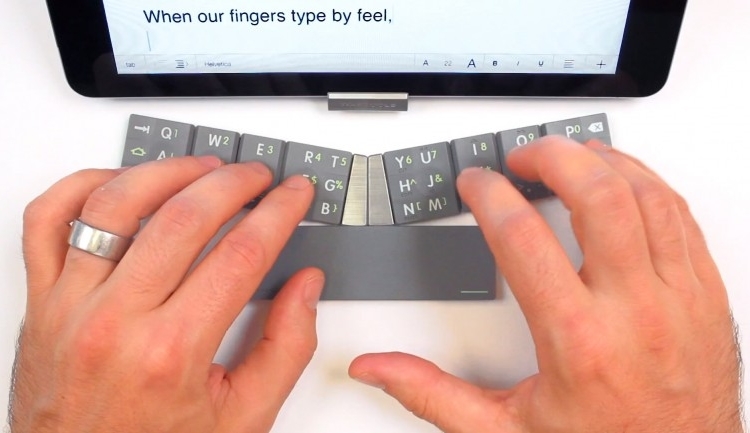 It uses the same character map as regular QWERTY, but employs a unique design that divides all characters among just eight oversized keys. The entire key will depress, regardless of which one of its characters you press, at which point the built-in multi-touch technology comes in to determine which character your finger was actually pressing. Creator WayTools claims the key feel is remarkably similar to that when typing on desktop keyboards, a feat achieved using their patented MagLever mechanism.

The TextBlade is currently available for preorder. Price is $99.