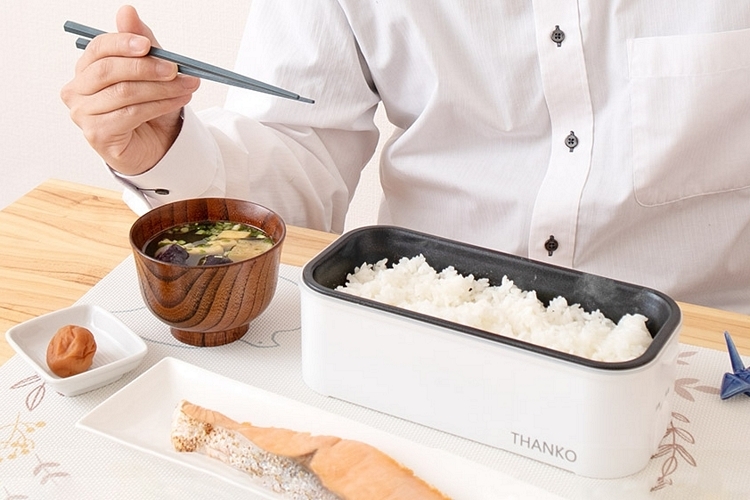 If you eat rice as a regular part of your diet, chances are, you own a rice cooker. If you live alone, you might even own a very small rice cooker. If you’re really just cooking for yourself, though, even those tiny three-cup rice cookers can feel a little too big.  The Bento Box Rice Cooker might prove more to be a more suitable option.

Made by Thanko, it’s a bento box similar to the ones you use to put food in when packing lunch to work, except with a built-in heating element. That means, you can use the darn thing as a miniature rice cooker, so you can cook your rice first thing in the morning and take it along when you leave home for work. Heck, you can even just fill it up with uncooked rice, go to work, fill it with water in the pantry 10 minutes before lunch, and plug it in, so you can have freshly-steamed rice just in time for your mid-day meal. 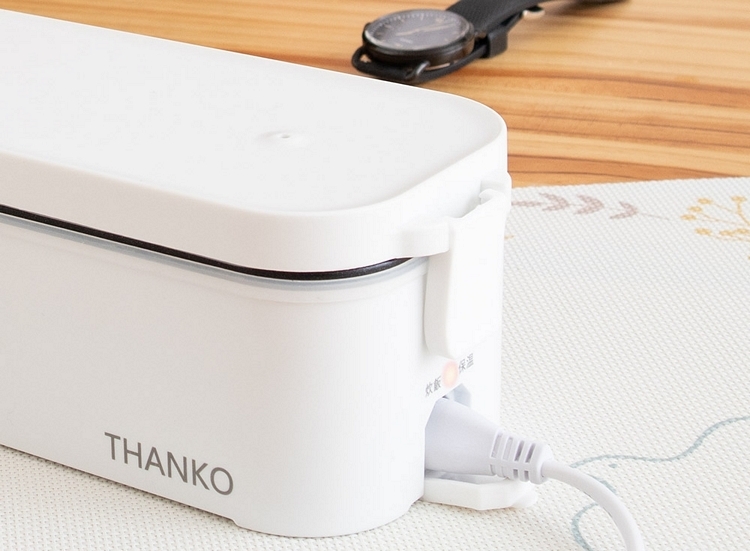 The Bento Box Rice Cooker is an electric rice cooker clad in a bento box form factor, so you can make exactly one serving of rice each time out, instead of ending up with much more rice than you need every time you cook. Like any proper appliance, you can hook it up to a wall outlet using an included electric plug for cooking, with the option to detach the electric cable completely when not in use, so the darn thing looks like a regular bento box. Seriously, no one would even suspect that you can cook rice in this thing. 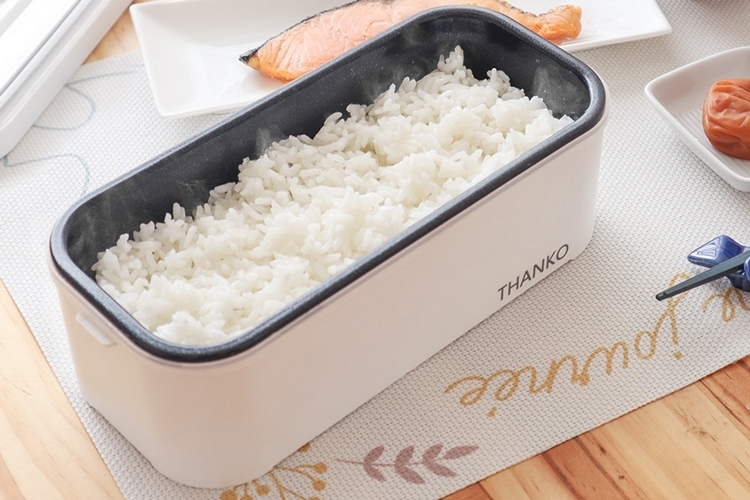 It comes with a measuring cup, along with guide markers on the inside of the box, so you know exactly how much water to put in based on how much rice you’re cooking. A full scoop of the measuring cup, for instance, will require you to add water up to the “1” marker on the box, while a half cup requires you to fill it with water up to the “0.5” marker. From what we can tell, a full scoop is the maximum the container will accommodate, so make sure to stick to the included measuring cup, so you never end up putting too much.

The Bento Box Rice Cooker can cook a full scoop of rice in 19 minutes and a half scoop of rice in 14 minutes. Yes, that’s not nearly as fast as a regular rice cooker cooks a much bigger serving of rice, but that’s the tradeoff for not having to deal with a lot of leftovers. Plus, you can cook your rice while you’re at work, which will probably appeal to a good load of rice-eating folks. It’s supposed to cook quietly, too, producing no visible steam and no water overflowing (hopefully, you followed the guide markers), since, we’re guessing, the heating element only rises to pretty low temperatures, so you can even plug this in right on your desk without disrupting anyone at work.

The Bento Box Rice Cooker is available only in Japan. Price is around $63.