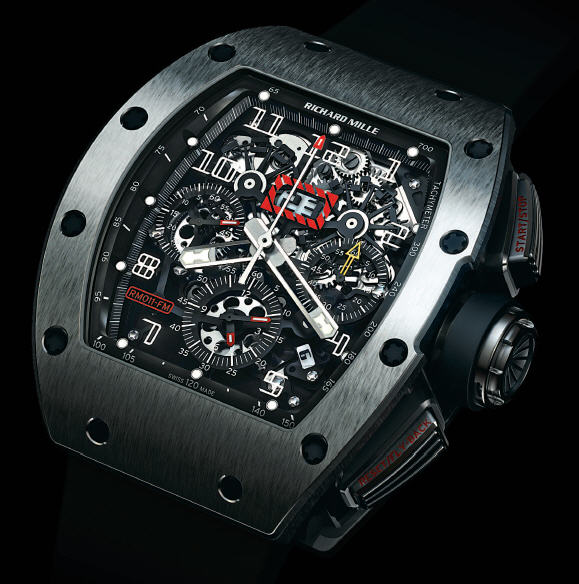 Swiss watches rarely get special editions geared strictly for North American audiences.  That’s why the new Richard Mille RM011 Americas White timepiece is some kind of special.  Celebrating the 2010 Winter Olympics in Vancouver, it’s a limited edition design with only 30 examples to go around.

Why Americas White? According to the watchmaker, the dark sheen of the case makes for the perfect complement to the bright white chapter ring and white ring around the crown, making for an excellent contrast to push forward the winter athletics theme.  I’m honestly not convinced, but I’ll buy it. 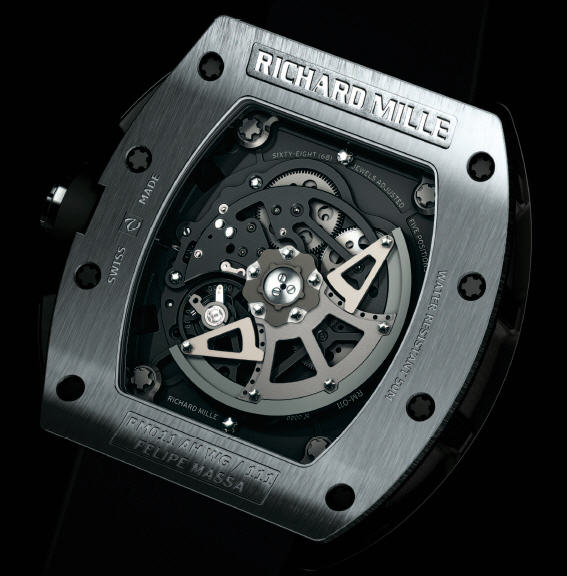 The transparent design of the RM011 Americas White, which sees the inner mechanisms exposed, simply can’t generate anything else on first glance except a thundering awe.  If the mass of gears playing a backdrop to the lume-filled arrow hands aren’t enough to overwhelm you, the numerous complications should provide even more distraction – a 60-minute countdown timer (a rare feature on mechanical watches), a 12-hour chronograph and an annual calendar with a big-date window right below the 12’o-clock mark.

A 40 x 50 mm DLC-coated (diamond-like carbon) titanium case houses the flyback chronograph movement, giving it the kind of strength and scratch resistance that should make it a perfect piece for rolling down on ice at high speeds.  More than a sports watch, though, it’s a highly luxurious number containing a total of 62 jewels spread across its body.

According to Richard Mille, designing the winter-tough case alone took over a year of research and development.   Combined with sexy looks and exclusive lineage, they’re pricing the RM011 Americas White at $90,000 a piece.