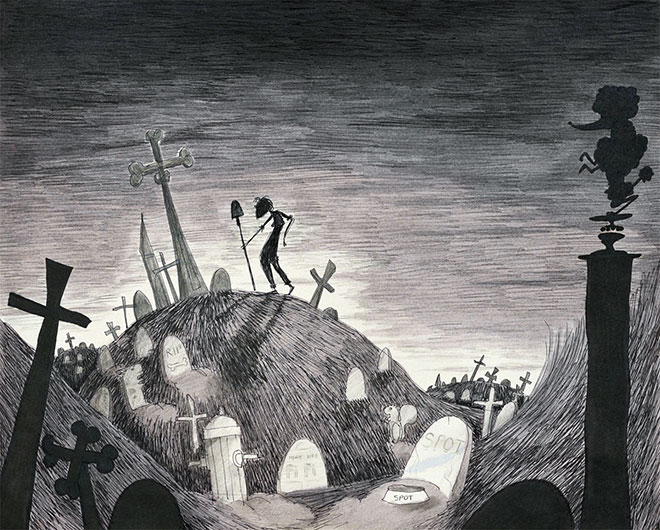 We all know Tim Burton is weird yet cool.  Catch any single film from the bird’s nest-headed director and his nightmare-inspired visual vocabulary immediately appears front and center.  With his new film Alice In Wonderland nearing theatrical release, the goth maestro is once again toying with the spotlight.

More than being a master of strangely delightful movies, however, Tim also happens to be quite a capable artist.  In fact, many characters from his films have first found their way into his consciousness through a variety of sketches, paintings and doodles. 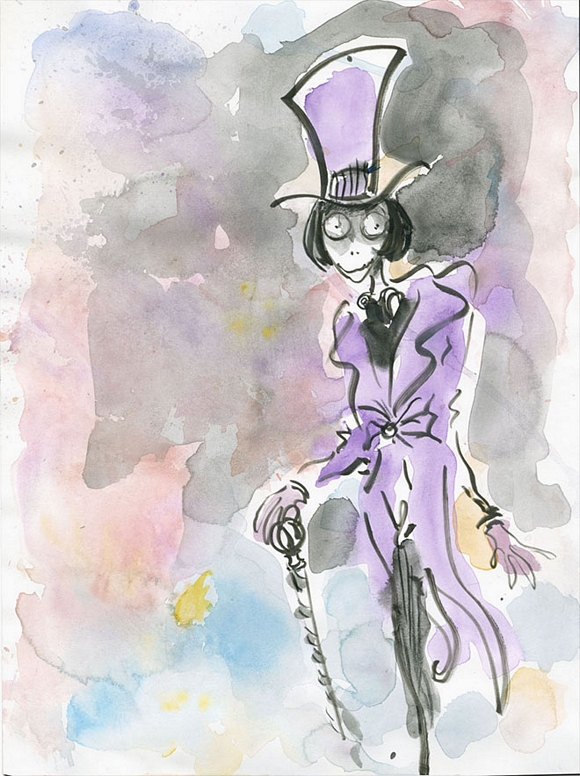 To that end, New York’s Museum of Modern Art is kicking off a Tim Burton retrospective, showcasing over 700 art pieces produced by the artist/filmmaker over the last thirty years.  Accompanying it will be a new book called The Art of Tim Burton, a 434-page pile of glossy paper loaded with numerous pieces culled from the artist’s notebooks, sketch pads, napkins and whatever other surfaces he ends up waxing those creative hands on. 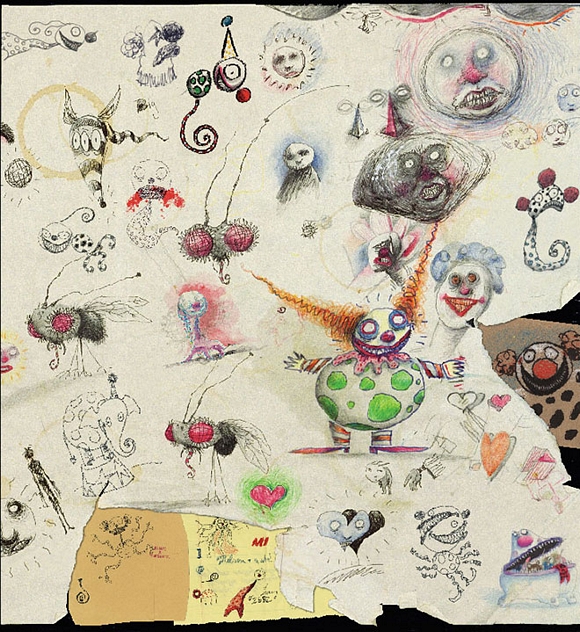 According to Tim, majority of the works included were meant to be personal doodles and drawings not intended for public consumption.  With his success and longevity, however, the volumes of uninhibited artwork thrown together should offer an in-depth peek at the mind of one of the more unusual filmmakers of recent years. 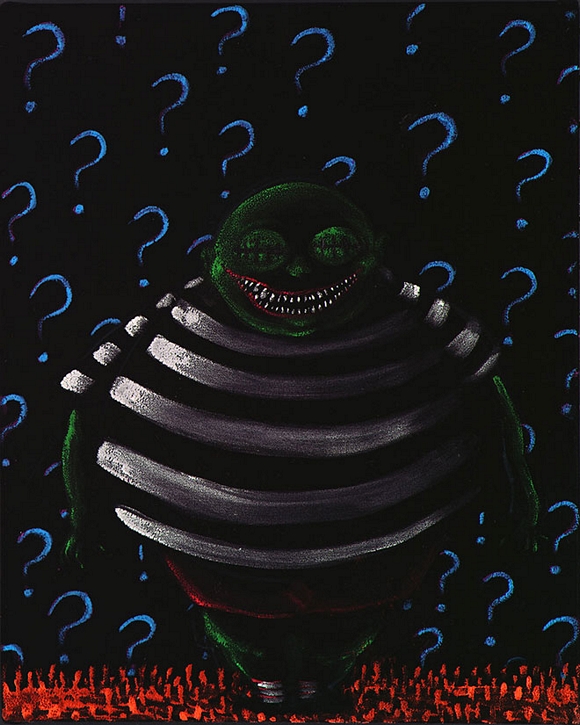 What can you expect?  Based on the samples we have posted here, more madness.  Look forward to an assortment of 50s-inspired science fiction weirdness, evil clowns, ugly monsters and mutant freaks, along with Burton’s unmistakably haunting themes.  The book includes commentary from people close to the director, including wife Helena Bonham Carter and his movies’ perennial leading man, Johnny Depp.

The show kicks off Nov. 22, while the book comes out in December.  The Art of Tim Burton will be available in two versions, a $300 lithograph and a $70 standard hardcover.