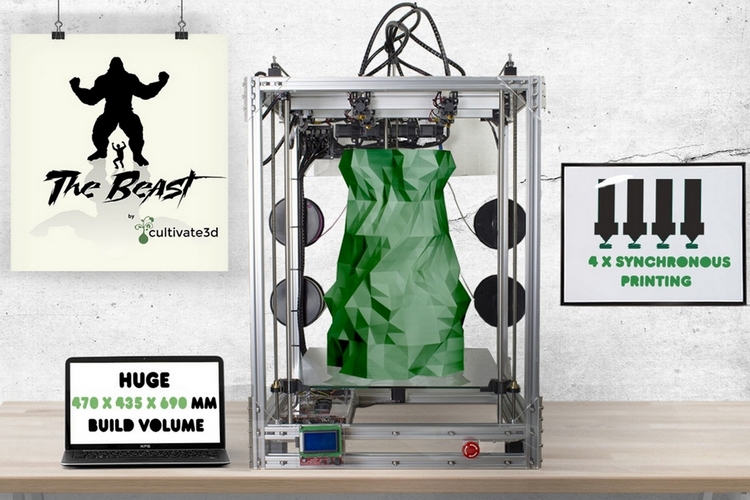 While it’s not the biggest 3D printer available to consumers, The Beast is considerably larger than most devices currently available for desktop use. If you’ve found yourself building increasingly bigger objects that you’ve had to break up into multiple parts, though, this thing should serve as a much-needed upgrade to your existing equipment.

Sporting a build area measuring 1.54 x 1.43 x 2.26 feet, it lets you fabricate considerably larger objects than most home 3D printers, allowing you build giant coffee cups, plastic lawn chairs, and a doll the same size as your one year old in one go. Even better, it can print up to four objects simultaneously (provided they can all fit into the build area, of course), allowing you to shave a whole load of time in your fabrication projects. Oh yeah, each of those four objects can be manufactured in different colors and materials, too, so it’s quite the versatile setup they put together here. 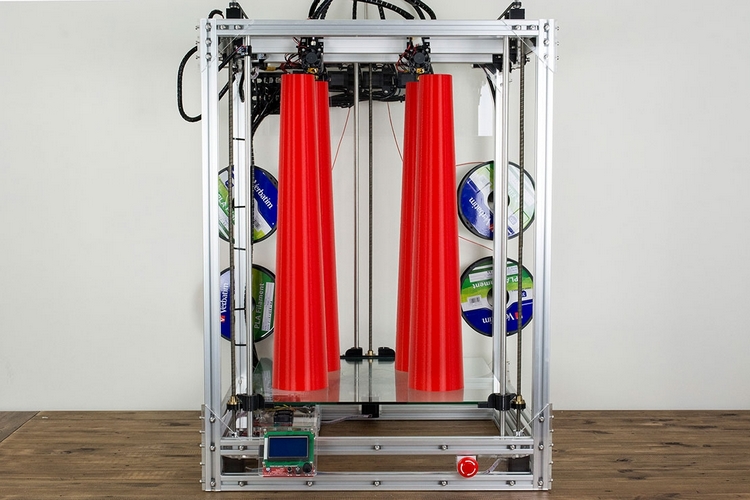 Made by Cultivate3D, The Beast comes with four extruders, enabling the four-way synchronous printing capabilities. It also comes with a high-speed rail system that further improves fabrication time to as much as 10 times the rate of most filament-type 3D printers in the market. The machine’s precision is impressive, as well, boasting 0.00125 mm in the Z axis and 0.00625 mm in the X and Y directions.

Since a larger 3D printer will normally cost more, it ditches the fancy covers and sticks to an open build area to help keep the costs down. It’s designed for customization, too, having been built with commonly-available parts, making it easy for users to modify  according to their specific needs.

A Kickstarter campaign is currently running for The Beast 3D Printer. Pledges to reserve a unit starts at $2,565.