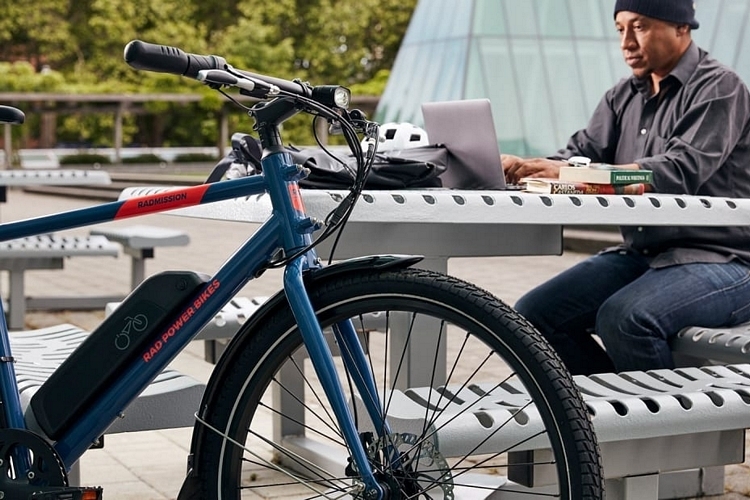 Electric bicycles have proven themselves to be efficient vehicles for city commutes. They run fast enough to get you to your destination in time, hold enough range to handle a full day around the city, and operate simply enough for anyone to ride them with no special training. Even better, they do all that while helping reduce carbon emissions and traffic congestion on the road.

Simply put, modern ebikes are now a viable option for city commuting. And with the increasing number of choices out there, it’s also a great time to pick one up. Here are some of our favorite electric bicycle models available today. 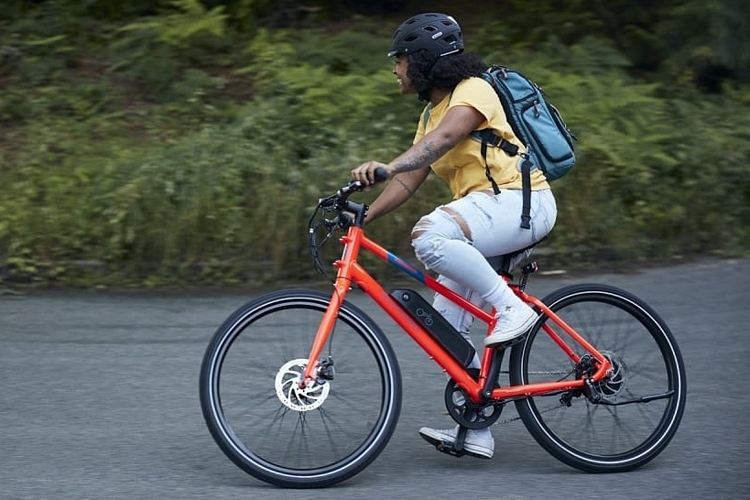 Want an affordable ebike that can handle city rides while looking as normal as any ordinary bike? If you’re fine with the lack of frills, the RadMission 1 just might be your ideal bike option, with its single-speed drivetrain, 500W hub motor, and 45-mile range. That’s right, you get the low maintenance of fixies, a high-torque motor to get you to destinations quickly, and a battery with enough juice for multiple stops throughout the day. At $999, it’s easily one of the cheapest ebike options out there, too, all while weighing well under 50 pounds, so you can walk it up stairs and carry it to your apartment with ease. 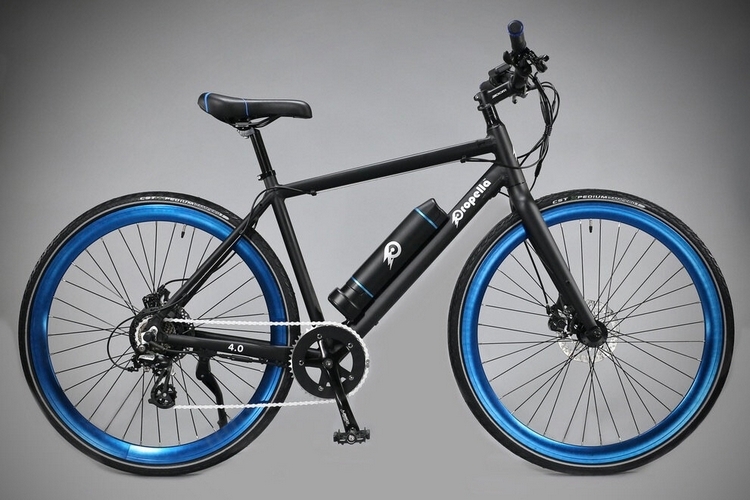 Want something equally affordable, but with a multi-gear drivetrain for better navigating steep uphill roads during your commutes? Check out this seven-speed model from Propella, which pairs that drivetrain with a 250W Bafang motor and a 36V Samsung battery module, allowing you to ride with five different levels of pedal assist at top speeds of up to 18.5 mph and a maximum range of 40 miles. It’s not as neatly designed as some ebikes out there, with plenty of wires still hanging off the front and rear, but it does have a proper LCD display (as opposed to a LED control panel like cheaper ebikes), Shimano shifter, derailleur, and disc brakes, and a light weight of 37 pounds. 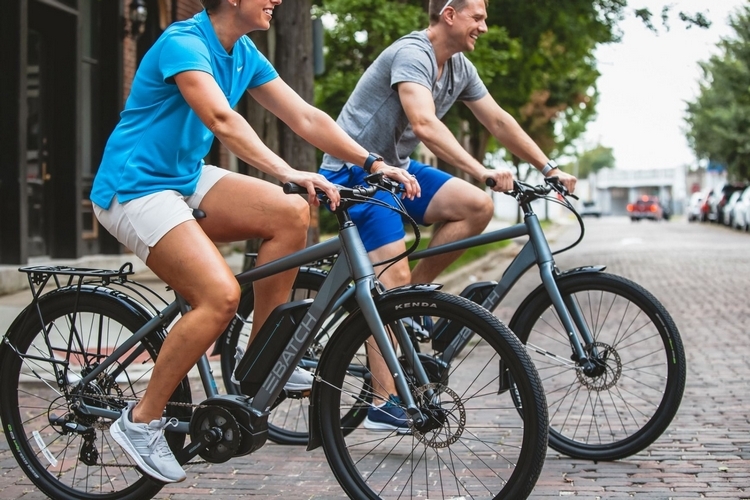 This ebike is as straightforward as it gets, from its name and the design to its overall looks and the individual components throughout. It’s utterly unexciting. What it does, however, is give riders a reliable and affordable electric bicycle that can support their city commutes day in and day out. For many people, it’s all they need.

They do that with a mix of entry-level parts and high-end components. For instance, they pair the entry-level Shimano Altus 8-speed drivetrain with a complete Bosch electric drive system, so you get that reliable 250-watt motor to push you up to 20 mph at a maximum range of 80 miles. They even include the Bosch Purion bike computer, so you can quickly see your ride information at a glance. Until many commuter ebikes in the list, this one has a rear rack with a spring clip, so you can throw in a bag or a pannier in there for loading some cargo during your ride, along with mounts on the fork for adding a front rack. Other notable features include fenders, 1.75-inch Kenda Kwick tires with K-Shield protection, and Tektro hydraulic disc brakes. 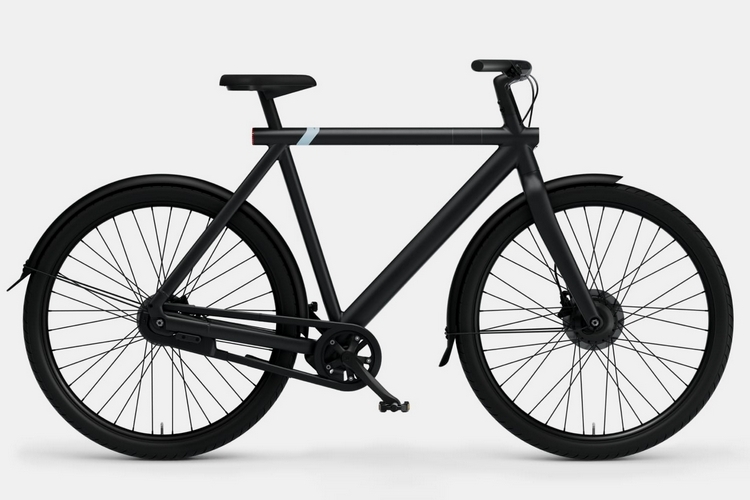 Easily one of the sleekest ebikes around, the VanMoof S3 has an automatic gear shifter that makes every ride feel remarkably smooth, a near-silent hub motor that pushes you to 20 mph speeds, and a 504Wh battery that’s hidden inside the frame allowing you to clear up to 93 miles between charges. It has one of the best security systems you’ll find in an ebike with integrated alarms, auto-locking rear wheel, keyless locking, automatic rider recognition, and Bluetooth theft tracking, while a fully-enclosed drivetrain, frame-hidden wires, and hydraulic brakes round it up with really thoughtful additions. The catch? All those enclosed and proprietary parts mean it’s not as easy to repair as a regular bike, likely requiring you to ship it to the company or risk doing even more damage. That hasn’t stopped dedicated fans getting it, though, as it’s currently one of the more popular ebikes out there. 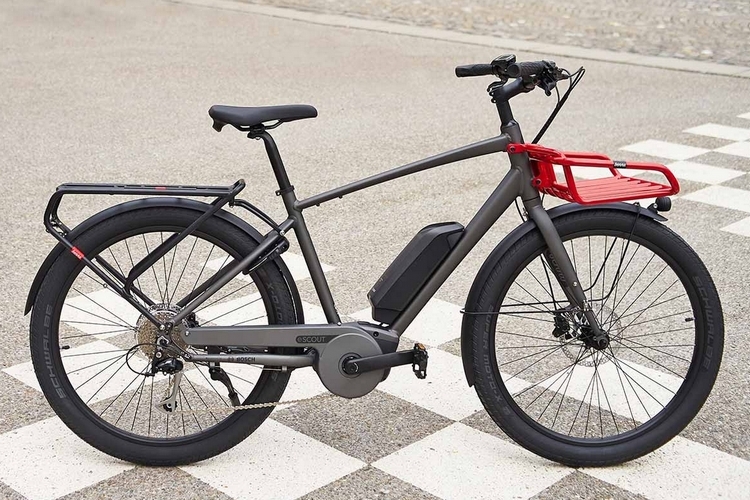 Find yourself regularly needing to carry a decent amount of cargo during your daily commutes, but not quite enthused with the unruly size and not-so-appealing aesthetics of electric cargo bikes? The eScout is probably the best compromise we’ve seen, as it combines a modest road bike profile with a large rear rack that can hold up to 70 pounds of cargo. If you need to carry more, they can also add an optional tray sized to hold 20 pounds of load and even an optional pannier bag.  If you want a capable cargo bike that doesn’t look like one, it doesn’t get any better than this.

On the road, it relies on a nine-speed drivetrain, a Bosch Active Plus motor, and a 500Wh Bosch PowerPack to help you transport all that load with ease at distances of up to 85 miles.  Because of the road bike profile, it rides pretty nimbly, making turns feel natural even with a full load of cargo, while the motor and nine-speed gearing makes climbs feel as steady as a moving escalator. 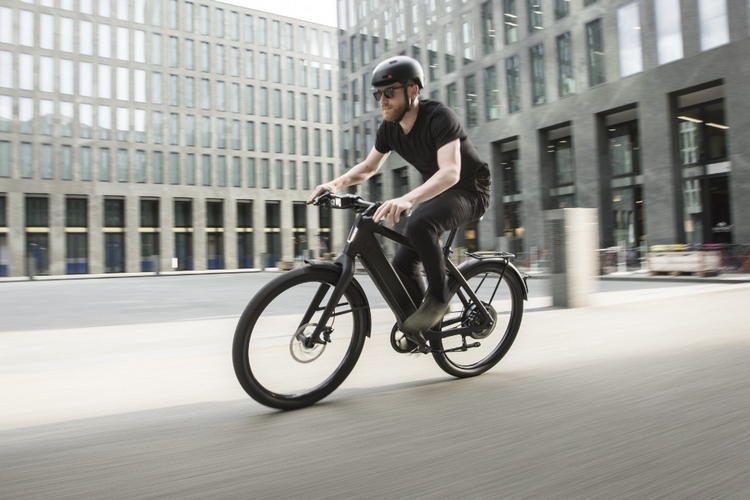 It’s not the ebike for everyone, with its expensive base price and equally pricey upgrades. If you have the disposable income for the luxury car of electric bicycles, though, the ST3 just might be your two-wheeled, pedal-assist ride of choice. A Class 3 ebike, the ST3 pairs a 600W SYNO Drive II motor with a 48V battery, allowing it to hit top speeds of 28 mph and ride at a maximum range of up to 90 miles, with all performance numbers readily available from the touchscreen display that’s integrated in the frame. Yes, the darn thing has a touchscreen color LCD embedded in the top frame.  It’s one of the more secure electric bike options out there, with a motor-locking anti-theft mode, GPS-based location tracking from your phone, and the ability to remotely lock-and-unlock your bike at will, among a whole host of features. At the price, it’s fitted with plenty of details that riders will appreciate, from regenerative braking and an 11-speed Shimano XT drivetrain to Roxim lights and a loud horn to fenders and a small rear rack.