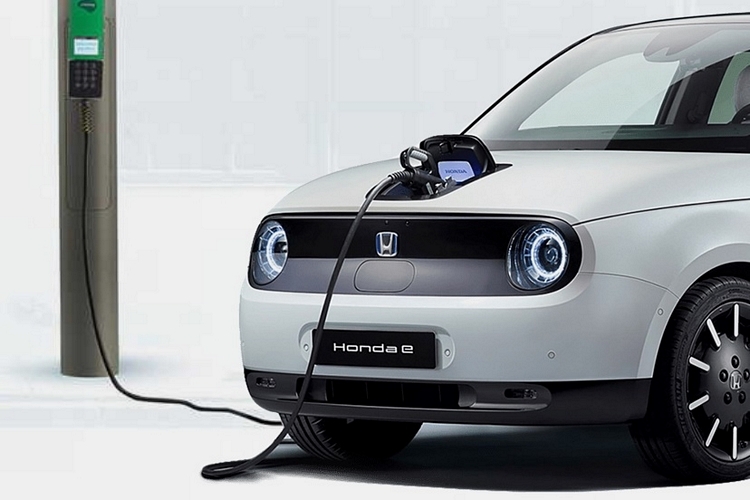 There was a time when most people were skeptics about the viability of electric cars. From battery life and charging times to the lack of charging infrastructure, it seemed destined to be a fringe category in the car market for the foreseeable future even with Tesla making waves during the early days. Clearly, that’s not how things turned out.

Nowadays, many consider it a foregone conclusion that electric cars are the future of transportation. Not only are they more energy efficient and easier to maintain than traditional combustion engine vehicles, they’re also cheaper with the number of incentives and deductions governments are providing for electric car purchases. As such, we are seeing more and more electric car models hitting the road year after year, with nearly every single automaker embracing the category, either with electric vehicles already in their fleet or with an upcoming one on the pipe. In fact, many automotive brands are promising multiple EV models in the next few years, with some even pledging to go all-electric at various points within the next two decades.

Even now, there are already plenty of attractive options in EVs. Whether you want a city compact, a luxury sedan, or a family-friendly crossover, there are battery-powered options out there that just might fit the criteria you have in mind for your next car. These are some of the best electric cars in the market today. 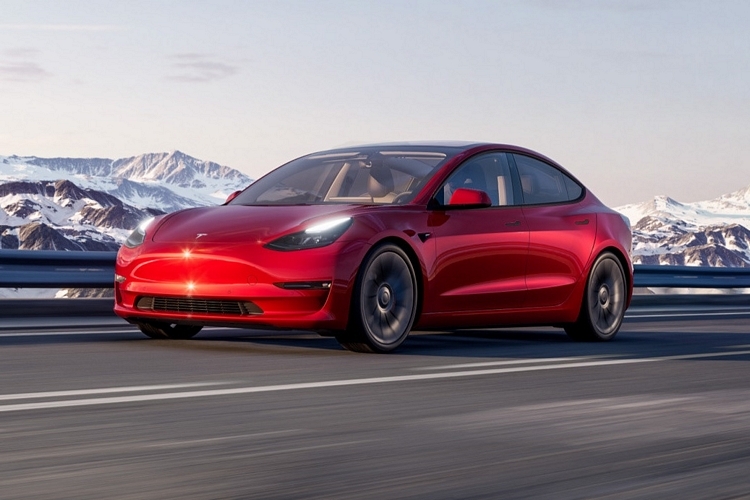 Originally released in 2017, the Model 3 is, pretty much, an elder statesman in this list. Despite its age, Tesla’s entry-level model remains, arguably, the best mass-market electric car out there, with nothing in its price range managing to beat it out on many fronts. With up to 353 miles of range on the long-range performance battery, it’s an EV you can take on long drives, all while bringing satisfying acceleration, ample cargo space, and a luxurious minimalists interior that most people should appreciate. We’re not big fans of the lack of individual controls and gauges, with most operations done through the central 15-inch touchscreen (yes, even the speedometer is on there), although it’s something you can definitely get used to after a while. More importantly, it’s a car that drives exceptionally well and sails over city roads smoothly, making it the kind of vehicle everyone can actually enjoy using on a daily basis. 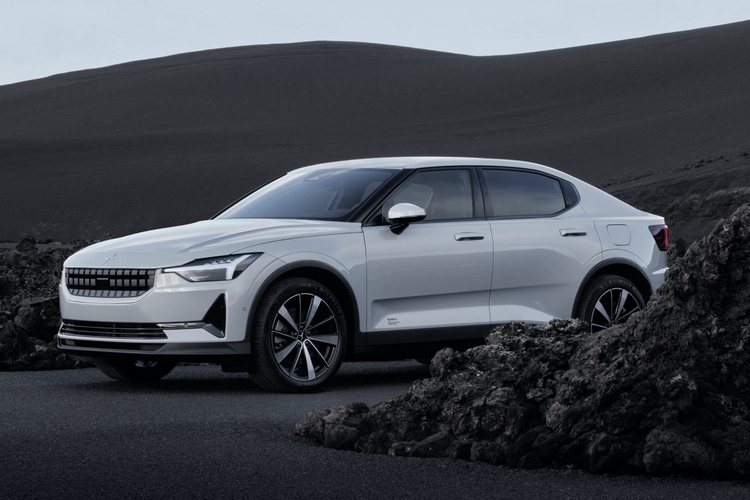 Despite its heft (it weighs 4,658 pounds), the Polestar 2 is one fast and agile car, with enough power to bust out from standstill to 60 mph in just 4.45 seconds (with the dual-motor model) while slicing smoothly around corners with an effortless feel. We also appreciate the fact that it drives with a different feel than other EVs, so much so that it’s hard to compare them head-to-head. It’s arguably one of the most complete EVs you can find today, with handsome looks, simple operation, and driving dynamics that, dare we say, feels overall better than the Model 3. Range tops out at 249 miles, which is substantially less than many EVs in the market. Still, it’s more than enough range for city commuting, while still being viable for longer drives. It’s worth noting, by the way, that Polestar is a Volvo-owned company, so it shares some common elements with the carmaker’s vehicles, despite it being hard to tell with this model, especially with its luxury interior that feels like it belongs in something much more expensive. 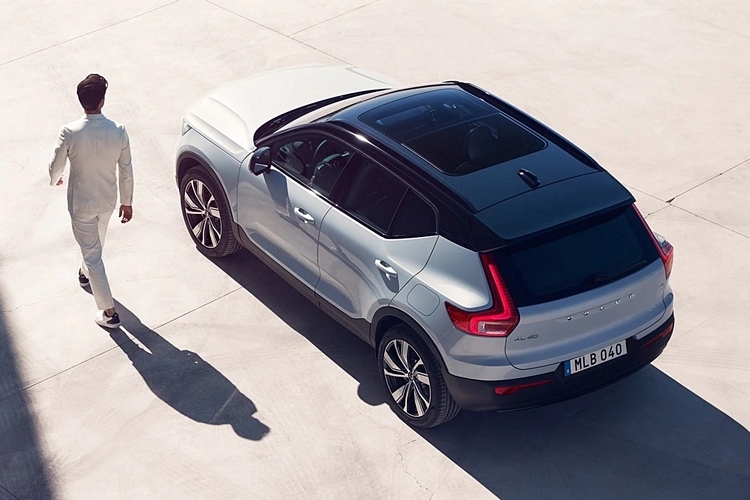 The gas-powered Volvo XC40 originally came out in 2019, impressing drivers with ample power, reliable performance, and strong build quality. It’s a good, compact SUV. The XC40 Recharge is the electric version of that ride, swapping out the rough-sounding engine for up to two motors in the Twin model, allowing it to go from 0 to 60 mph in 4.7 seconds. The XC40 really shines in this electric configuration, driving in a manner that’s just downright comfortable, all while retaining the refined looks, build quality, and cargo volume of its ICE counterpart. It’s neither the most efficient EV (85 mpg-equivalent) nor does it have the longest range (223 miles), but the ride quality, along with smart and thoughtful details, absolutely make up for those shortcomings. 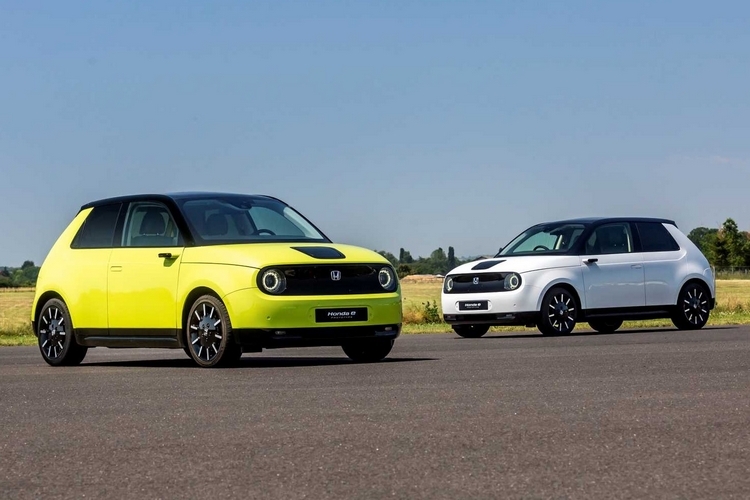 Honda’s electric compact car is likely not coming to the US – it’s just not the kind of car that sells well stateside. In many places where city compacts are actually the preferred way of getting around town, though, it’s arguably the perfect EV, especially going forward as electric charging infrastructure matures. The Advanced trim is the one you’ll likely want to go with, as it brings decent muscle at 152 horsepower, which they pair with a compact 35.5 kWh. It makes for a pleasant drive with a gentle acceleration (0 to 60 mph is 9 seconds), light handling with just a hint of feedback, and a general sense of agility that should help you zip through gaps in city traffic with ease. Range, of course, is the biggest downside here, as it can do only a maximum 137 miles, which, let’s be honest, is more than enough for daily commuting. Oh yeah, the interior is a massive highlight, with screens covering nearly the entire dash – with the 8.8-inch instrument cluster display behind the wheel and two side-by-side 12.3-inch screens make it look like the veritable car cabin of the future. 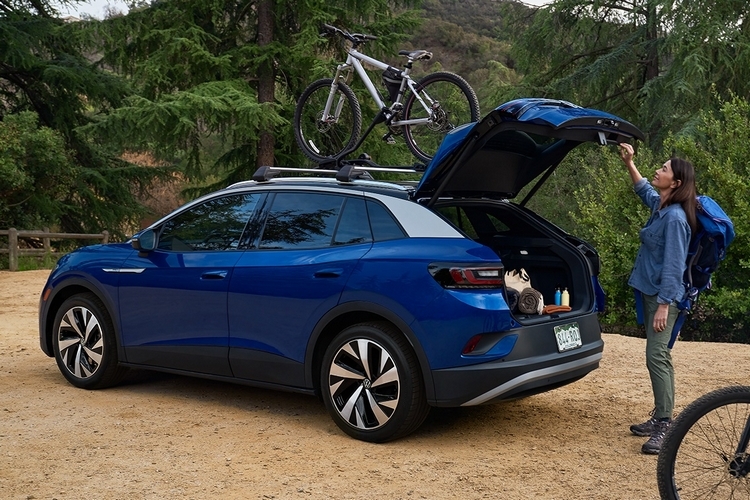 Volkswagen’s electric crossover has a low center of gravity that really enhances its driving dynamics, so much so that it feels a lot better than a good chunk of gas-powered crossovers we’ve driven. It comes in both rear-wheel and AWD variants, both of which drive comfortably at low speeds, all while delivering a satisfying amount of power when you want to pick up the pace, especially with the dual-motor all-wheel model. If we had to describe it with one word, it will be “approachable” – it’s the kind of car a first-time EV driver will feel comfortable taking down the road, as it combines smooth power delivery, easy handling, and a decent 249 miles of range, which, in our opinion, hits the sweet spot for a family-friendly crossover. 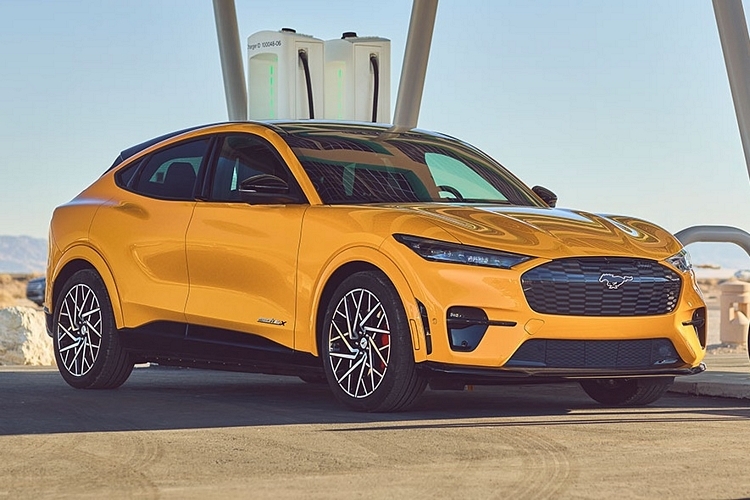 Like many, we have reservations about calling Ford’s first electric car a Mustang. It just doesn’t share the characteristics that has long defined that muscle car badge. For one, it’s an SUV. It also uses artificial steering, so it doesn’t have that sports car feel around corners, nor can you get the same rewarding handling once you take it to faster speeds. Basically, it’s an entirely different car from a Mustang. It does, however, have a good load of muscle, with a 480-horsepower variant that can hit 60mph from standstill in 3.7 seconds, so you can still go pretty fast on this… uhm… Mustang, albeit without the satisfying driving sensation. 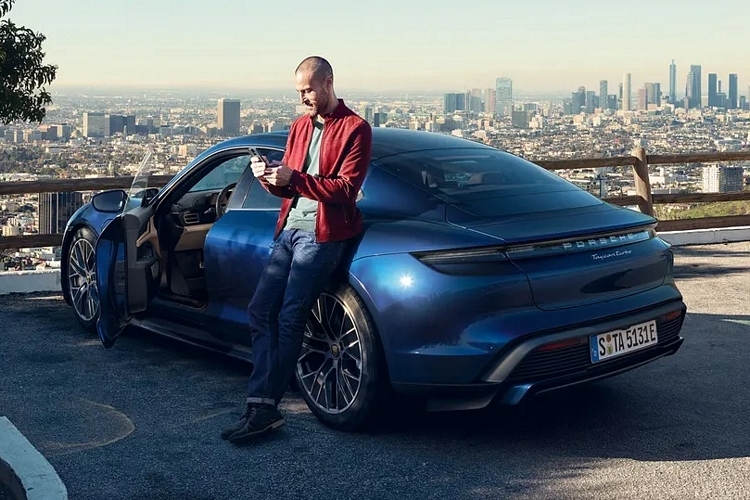 Porsche developed their EV with the goal of making it drive like the 911 as much as possible. At the low end is a rear-wheel drive base model with a 321-horsepower motor and a 79kWh battery, while the high-end features an all-wheel drive Turbo S that pairs 750-horsepower twin synchronous motors and a 93.4kWh battery, allowing it to offer performance on par with good old supercars (0 to 60 mph in 2.4 seconds). The Taycan 4S feels like the model most folks will gravitate towards, as it strikes a good balance between muscle and performance without quite venturing towards gearhead territory. With up to 562 horsepower on tap, it can hit 60 mph in 3.4 seconds, all while handling with point-and-shoot accuracy and a responsive feel.  We do wish Porsche integrated one-pedal driving, although we understand the decision not to, which, we imagine, should appeal to more “serious” drivers. Range is rather unremarkable compared to the Tesla Model S, although this isn’t really a car you get for cross-country trips, so the rated mileage of between 199 and 227 miles depending on trim isn’t so bad, while fuel economy also isn’t noteworthy compared to other EVs (79 mpg-equivalent). Then again, you get this because you want a proper electric sports car, not because you want the most efficient car in the category.