The Best Gifts For Movie Buffs, Film Nerds, And Cinephiles Of All Stripes 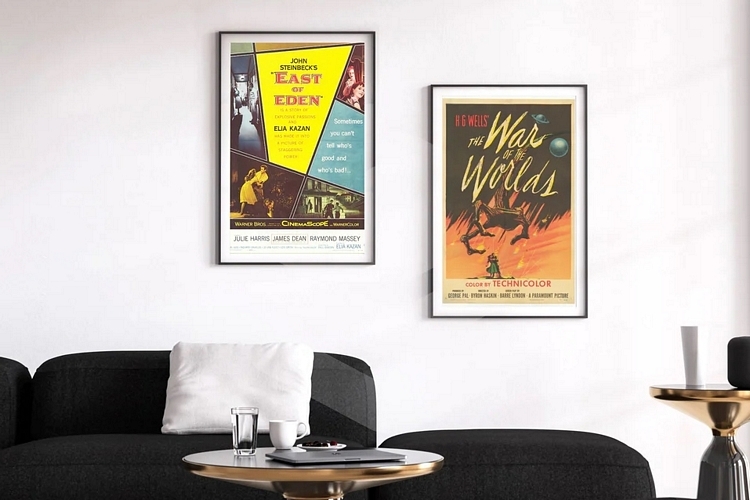 Not all movie fans are alike. Some just like movies for entertainment. Others enjoy them as a form of collectible, with shelves upon shelves of Blu-ray boxes and DVD sets stashed in their place. Then, there are the genuine cinephiles, who like to explore the deeper meanings and artistry in films, then sharing those thoughts with other like-minded individuals. Regardless of where they fall in that spectrum, movie fans will, no doubt, appreciate gifts that cater to their passionate interest in films.

If you’re shopping for one (or more) of them, here are some ideas.

The Film that Changed My Life 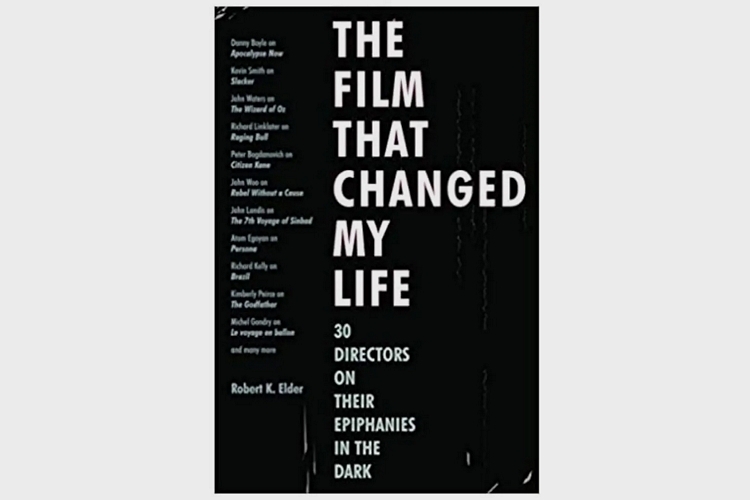 In this paperback, Robert K. Elder talked to 30 filmmakers about the movies that made them want to start directing their own films. Each interview spans five to ten pages, giving you insights into the things each director saw in their favorite films that left them inspired, obsessed, and, eventually, drawn to a life of film. The list of filmmakers run the cinematic gamut, from mainstream vets and cult favorites to animators, art house auteurs, and everything in between. The book spans 304 pages.

Cinemaps: An Atlas of 35 Great Movies 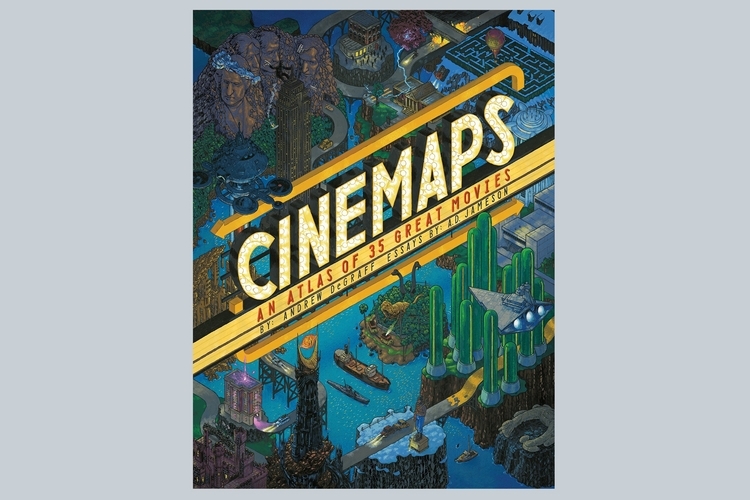 This hardcover compiles beautifully-illustrated, hand-painted maps of locations used in 35 movies, including Kong Island from the 1933 King Kong film, Hill Valley from Back to the Future, and the globetrotting spots visited in Raiders of the Lost Ark. Each map is printed in a scaled format measuring 12 x 9 inches, with the routes major characters take charted in cartographic details, so you can imagine yourself making the same trek. The maps are accompanied by essays from film critic AD Jameson, with a focus on the geographies of each movie. 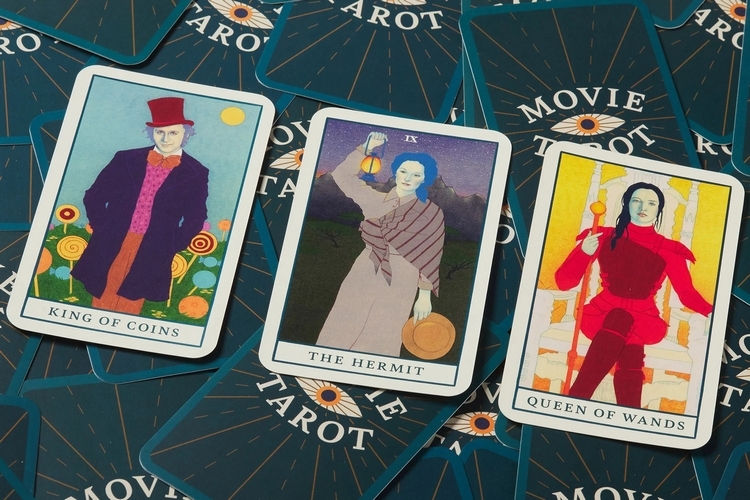 This 78-card deck can be used for both standard tarot games and mystical card reading, much like any standard deck. Except, the cards are printed with illustrated images of movie characters from popular films over the years to replace the traditional personalities in the deck. The characters chosen are perfectly apt for each card, from Forrest Gump as the Fool and the Brokeback Mountain boys as the Lovers to Zorro as the Knight of Cups and Al Pacino in Scarface as the Emperor. It comes with a booklet explaining all the characters, in case there are some you don’t recognize, as well as information on how to use them for both tarot games and card readings. 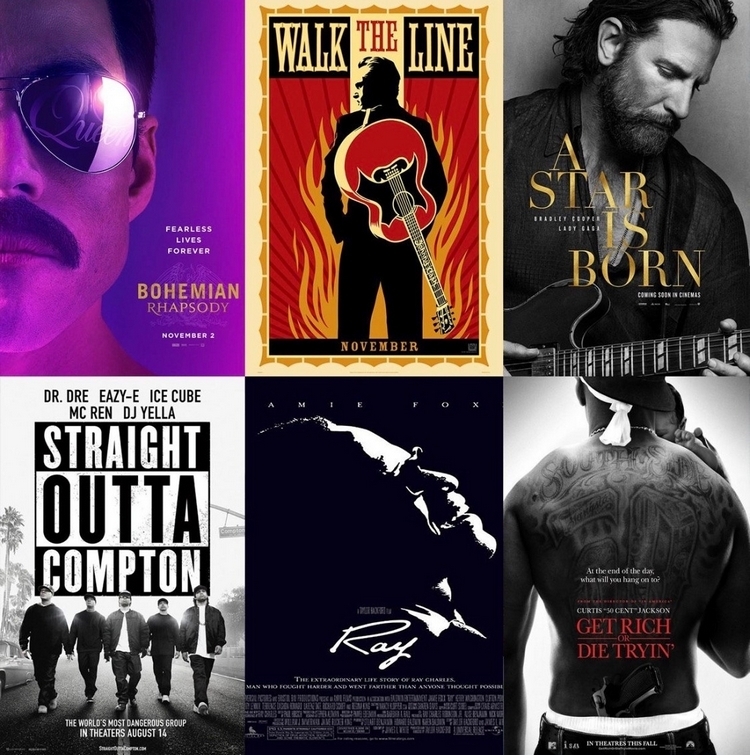 Many cinephiles have a home theater setup, allowing them to enjoy their favorite films from the comfort of their homes. If they have a dedicated room for that, there’s nothing better to decorate the space than a bunch of movie posters. This website has both original and reprints of movie posters from multiple film periods, including rare and vintage pieces. For price concerns, we recommend going with reprints, preferably in a size measuring 27 x 39 inches, which should be similar to the posters you see displayed in movie theaters. 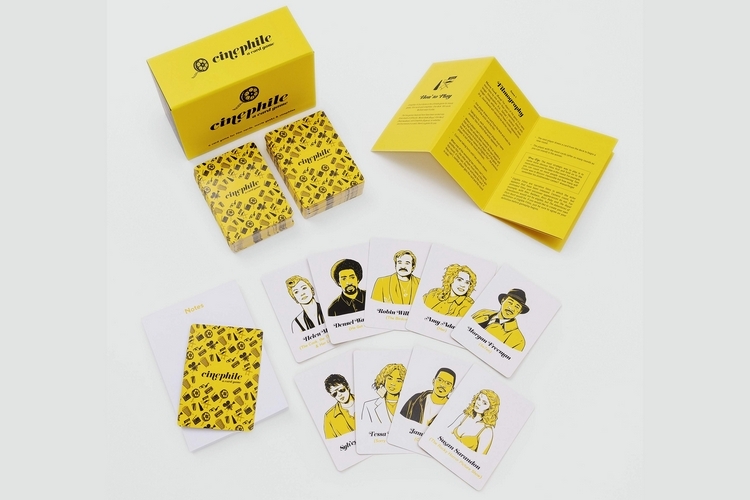 What movie buff doesn’t love showing off their knowledge of movies? This game gives them all the room to flex all those film history muscles they’ve built through the years. It comes with one deck consisting of 150 cards, each of which features an illustrated image of an actor or actress and a listing of a film they notably appeared in. Using the cards, you can play any of five different games available, each of which can be played by two or more players. 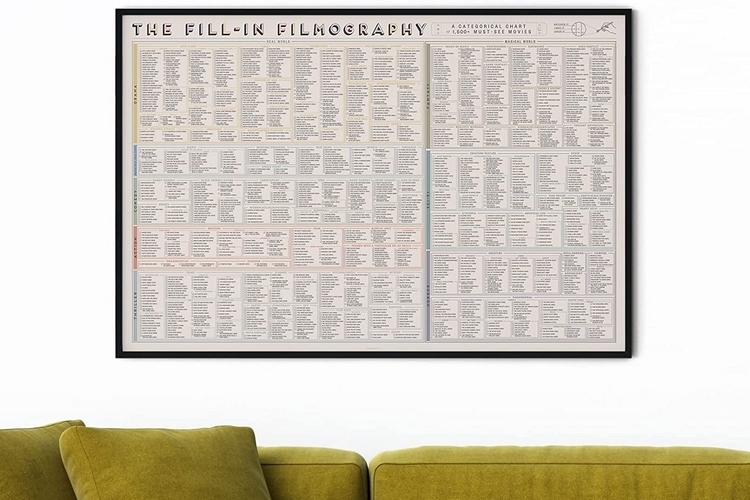 Designed by Ben Gibson and Patrick Mulligan, this poster provides a list of 1,500 essential movies grouped by genres and subgenres, giving you a way to find new titles to watch for those nights nothing’s popping off the streaming menu. In the mood for a heist movie? Find some here. How about films with sword-fighting action? They got those, too. Once you watch a film on the poster, you can fill-in the circle on the left of the title, so you’ll know which ones to queue up for the next movie night. 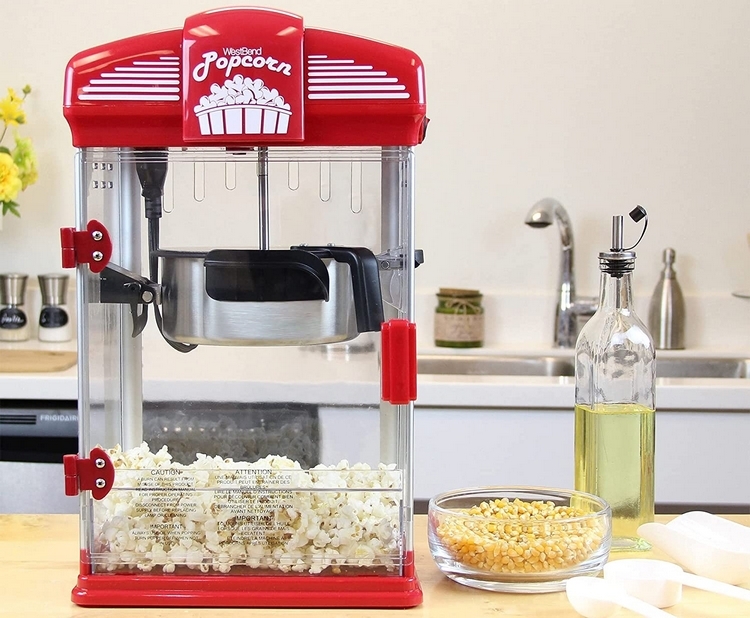 This popcorn machine is styled like the old vintage rigs you’ll find in movie theaters, allowing you to make your kitchen countertop feel like a proper concession stand. If you have a dedicate home theater, you can put it right there, too, allowing you to grab a bag of munchies in the middle of the movie without having to miss a single second. The integrated nonstick kettle can make five to six servings at a time, while a motorized stirring rod on the lid ensures you get maximum popping action in each batch. 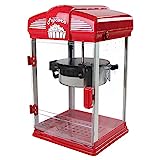 The Art of Film Magic: 20 Years of Weta 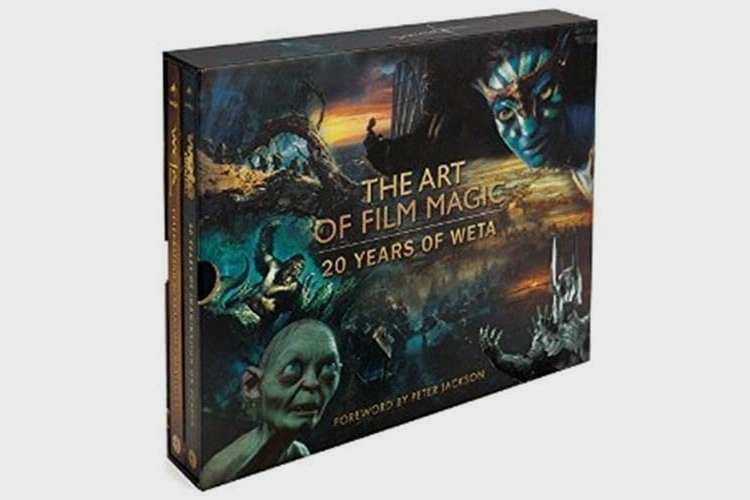 Many movie fans love getting to know the inner workings behind the visual trickery found in film. For fans of sci-fi, fantasy, and other films that heavily rely on special effects, this two-volume hardcover offers a deep dive into Weta Workshop and Weta Digital, the New Zealand outfit behind the creative visuals in titles such as The Lord of the Rings, Avatar, King Kong, District 9, and more. From conceptual design and manufacturing of specialty props to prosthetics and special effects, they give you an engaging tour of how the special sauce is made. 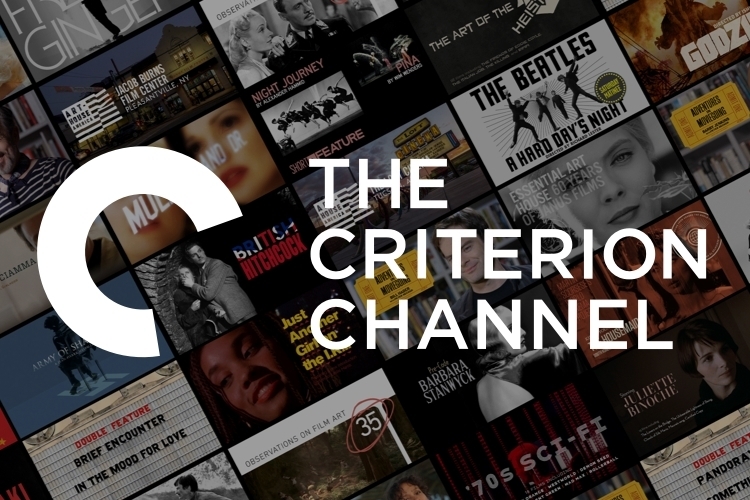 Available in the US and Canada, the Criterion Channel is a streaming service dedicated to award-winning art films from all over the world. Their library covers the entire Criterion Collection and Janus Films roster, as well as an eclectic mix of classic and contemporary cinema from various studios. And yes, there are titles here you’re not going to find anywhere else. Aside from full-length movies, the service also offers over 500 shorts and 5,000 supplementary features, such as behind-the-scene documentaries, video essays, and rare archival footage. 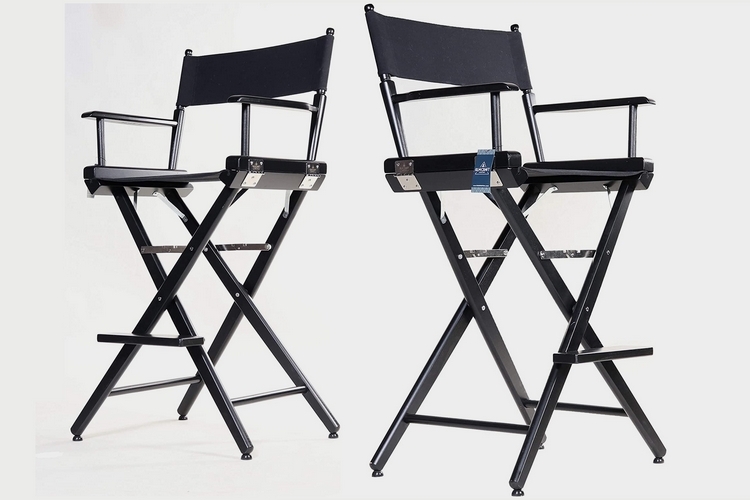 Many cinephiles are, understandably, filmmakers of either the aspiring or frustrated varieties (or both). While you probably can’t help them craft their first silver screen masterpiece, you can help encourage them with this tall director’s chair, where they can plop down to plot their next short or just imagine themselves commandeering a film set. It measures 30 inches tall, so if they ever give up on their filmmaking dreams, they can use it as a bar stool while they drink to the good old days instead. 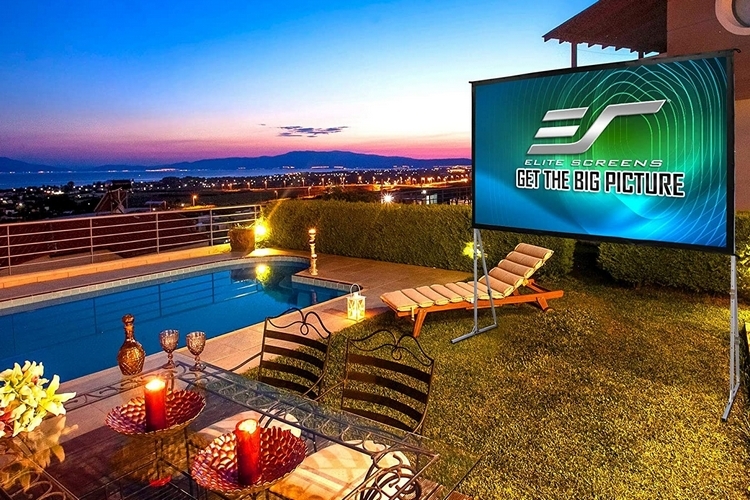 Designed for portability, this 120-inch projector screen stands on its own, allowing you to turn any part of the house into your home cinema. Yes, that includes any outdoor spaces, hence the Yard Master branding, where it vows to provide professional-grade clarity, provided you pair it with an equally capable projector that can handle the outdoors. The entire frame is collapsible, with the legs fully detachable, so you can easily pack this thing for transport to bring movie night to your next camping trip. It’s height adjustable in 6-inch increments, so you can line it up at the perfect height for whatever chairs you have in the backyard. 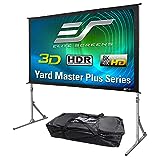 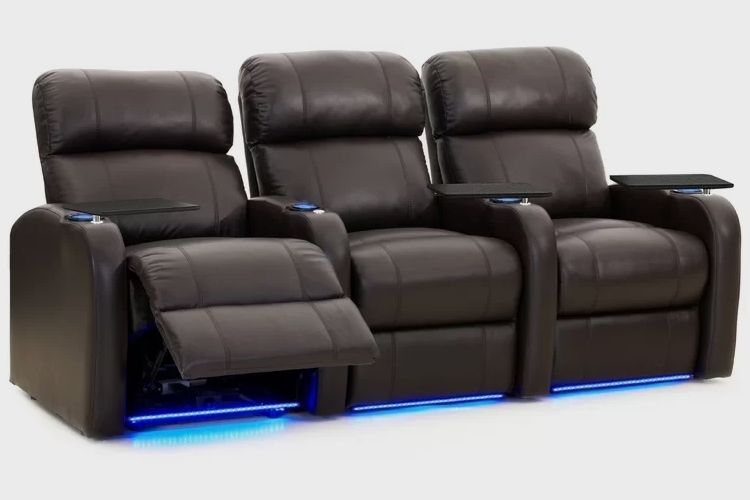 Make watching movies at home feel like you’re in a real theater with this three-person sofa, which styles each seat to feel like you’re inside the local AMC. The chair is made from a mix of metal and solid wood, so this is very sturdy, all while getting covered in genuine top grain leather. It has an adjustable headrest, recliner function (complete with foot pads), LED Lighting, and cup holders on each arm rest, so movie night can feel like a night out at the local cinema without having to pay for overpriced hotdogs and soda.