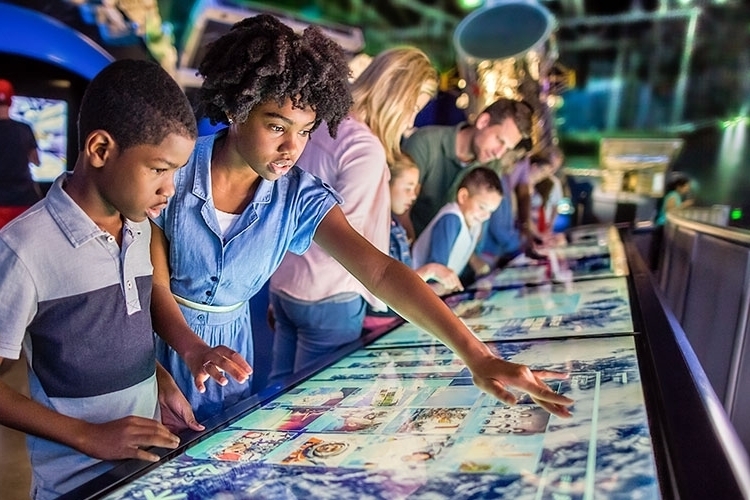 It’s a great time to a space fan. From landing new rovers on Mars and knocking asteroids out of their orbits to finding a black hole in the Milky Way to the Artemis program bringing people back to the moon, there’s a lot of exciting stuff happening in the vast expanse outside our planet.

The good news for all the astronomy nerds? All this excitement means a good load of space stuff to geek out on, which should make buying presents for them just a little easier. Here are some ideas. 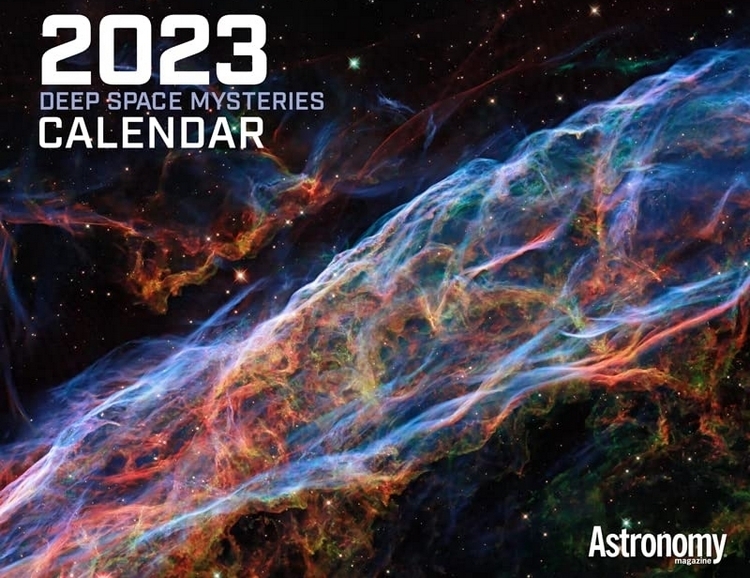 This 2023 calendar depicts the months of the coming year alongside stunning full-color photos of nebulae, spiral galaxies, star-forming regions, and other celestial curiosities, making it the one physical calendar a true space nerd probably wouldn’t mind hanging somewhere. Unlike regular calendars, this one includes a schedule of planet visibility, meteor showers, conjunctions, and other major astronomical events slated to occur in the next year, making it an excellent companion for any amateur astronomer’s stargazing pursuits. 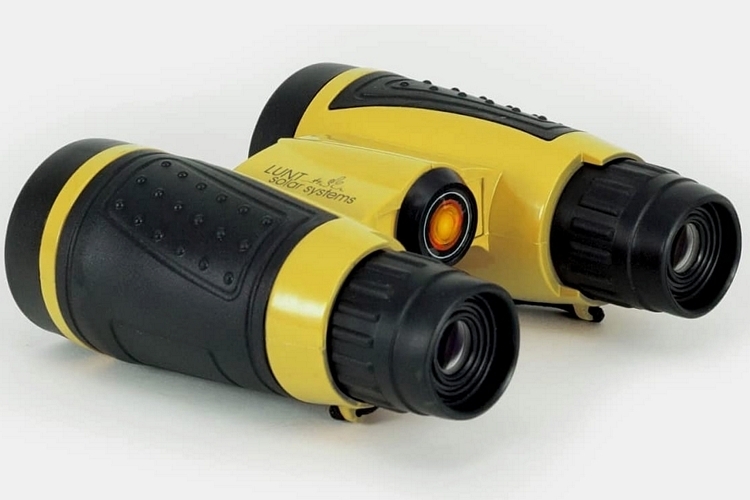 Watching distant stars is fun. But why do that when you can observe the actual star in our galaxy? This device lets you do that safely by reducing the light to a comfortable level while blocking all ultraviolet and infrared components, giving you a handy option for observing eclipses, planetary transits, sun spot activity, and magnetic storms. 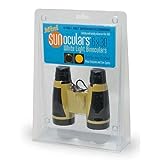 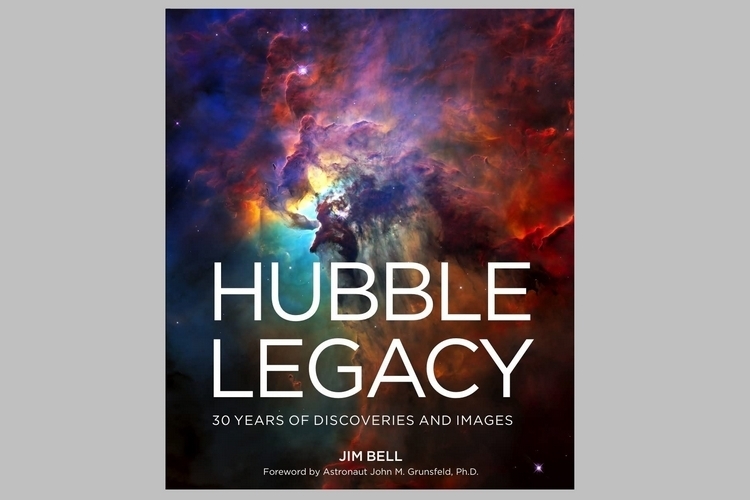 This hardcover chronicles 30 years’ worth of beautiful images from the Hubble Space Telescope, making for a visually stunning volume that can excite the imagination like few others.  Whether you’re interested in celestial bodies from our solar system, distant stars, faraway galaxies, and the strange goings-on in deep space, this gives you a picturesque collection of some of the greatest scenes the HST has captured. On top of the pictures, it offers various information about the history, development, and engineering about the telescope, along with information on its immediate and future successors. 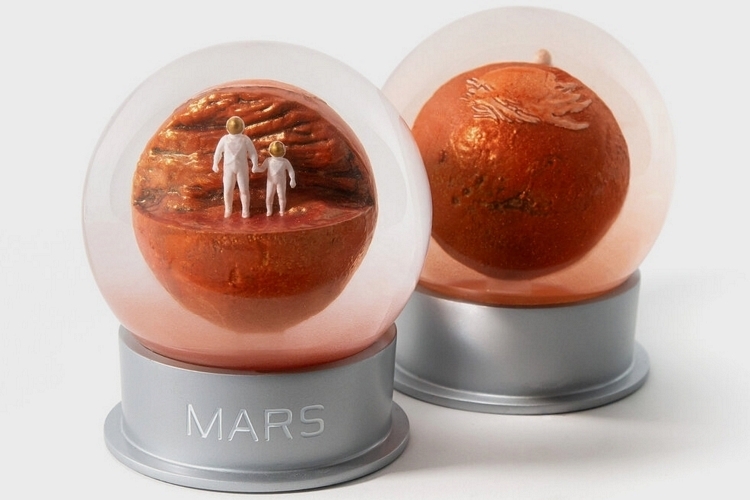 This futuristic twist on the snow globe depicts an adult and child in astronaut gear standing on the Martian surface on one side, with a surface view of Mars’ Valles Marineris and Olympus Mons on the other. Naturally, the planet is cast in Mars’ striking red color, making for a really gorgeous globe. Instead of drumming up a snow shower when you shake it, the globe creates a Martian dust storm, producing a visual that could very well be a preview to what humanity can expect when we do colonize the Red Planet. 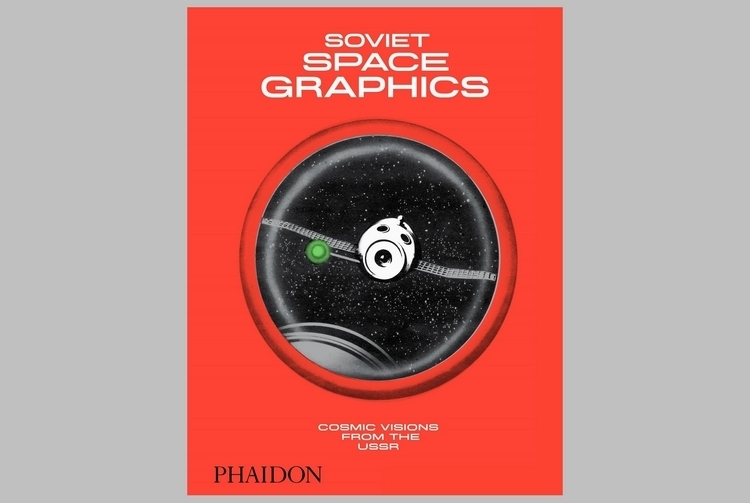 Back in the day, the space race pit the American astronauts against the Russian cosmonauts in the quest to conquer what’s beyond. And while we’ve all had our fill of imagery from the United States’ run during the period, we’re not quite privy to the imagery produced from the other side of The Iron Curtain. This book changes that, as it collects over 250 illustrations from the Soviet Union’s space materials during the Cold War era. It’s a fascinating look into space as seen from a totally different cultural viewpoint.

Soviet Space Graphics: Cosmic Visions from the...
$39.95
Buy on Amazon 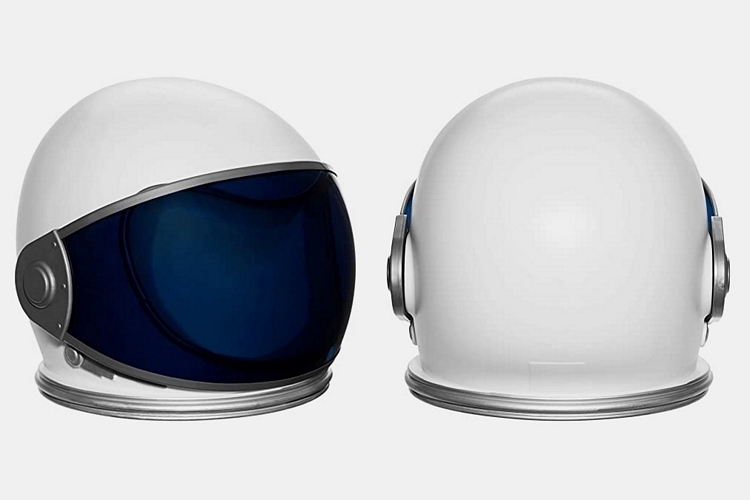 For the astronomy nerd who likes to run around town wearing a NASA jacket, give them the proper headwear to complete the look with this astronaut helmet. It’s not labeled, so they can customize it with their space agency sticker of choice, allowing them to rep NASA one moment and an evil intergalactic empire the next. The whole thing measures 12 x 10.5 x 11 inches, so it should fit most adult heads.

The Search for Planet X 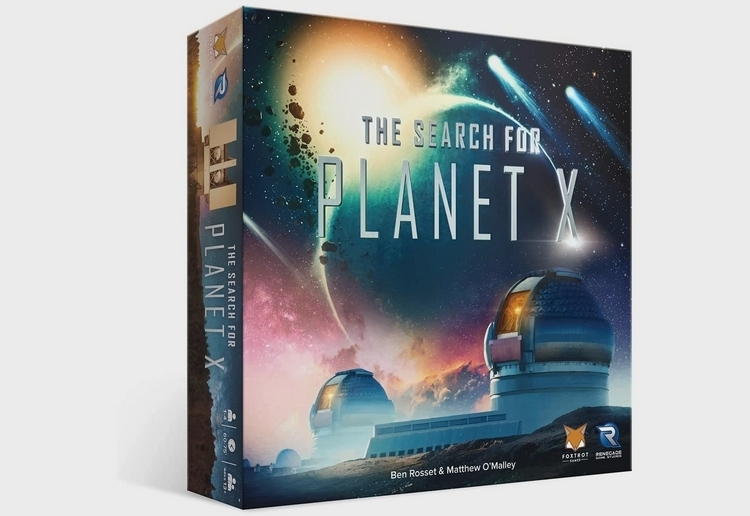 This fun board game puts players in the role of astronomers who use observations and logical deductions to find a dark planet that’s theorized to be lurking at the edge of our solar system. Designed to be played with a companion app that randomly selects an arrangement of celestial objects and a location for the planet for each new game, players take turns using the app to perform scans and attend conferences to gain more information about the celestial layout. Players then start “publishing theories” about the planet’s location. The more information is known, the more players are able to narrow down the planet’s possible location, with the app allowing to conduct a search. The game ends once a player successfully locates the planet. 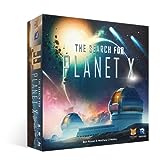 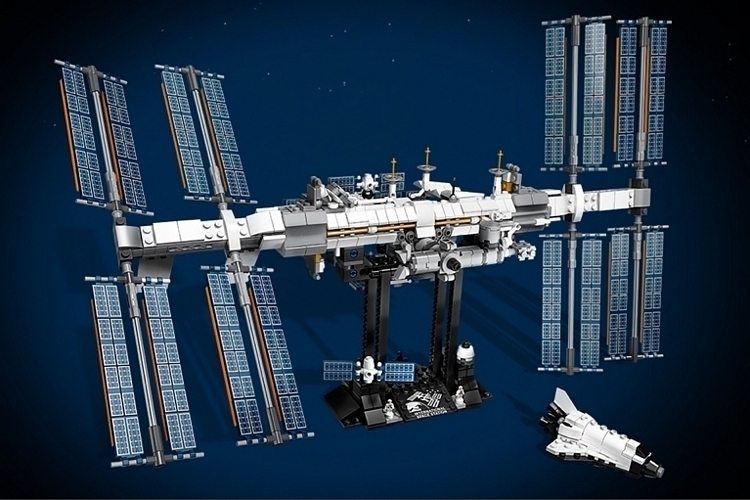 If you’re going to give a space fan a LEGO set, we have a feeling this is a model they will like. Not only is it a pretty big recreation of the ISS at 12 x 19 x 7 inches (length x width x height), it’s also impressively detailed, recreating a whole host of elements from the spacecraft, from the rotating solar panels and the multi-jointed robot arm for launching satellites to the central docking port and the exterior platform ideal for conducting spacewalks. It comes with 864 pieces, making for a fun build that won’t be as time-consuming as some of LEGO’s larger sets. 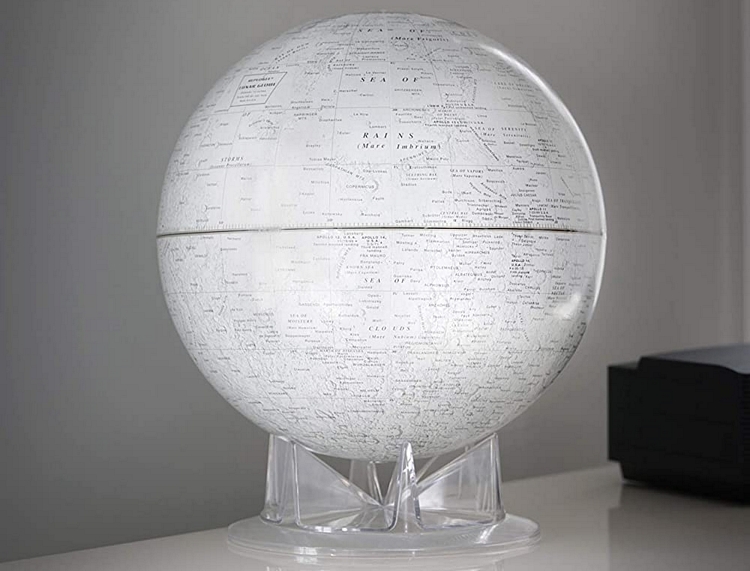 A perfect gift for the avid moon fan, this 12-inch globe accurately depicts the geographical features of our moon using NASA-approved cartography. Mounted on a clear plastic stand, the globe features three-dimensional shading to depict recesses and elevations, with the official name for every area of the moon’s known surface. It comes with a supplementary booklet filled with details about the moon’s surface features, its different phases, and the numerous spacecraft probes we’ve sent there. 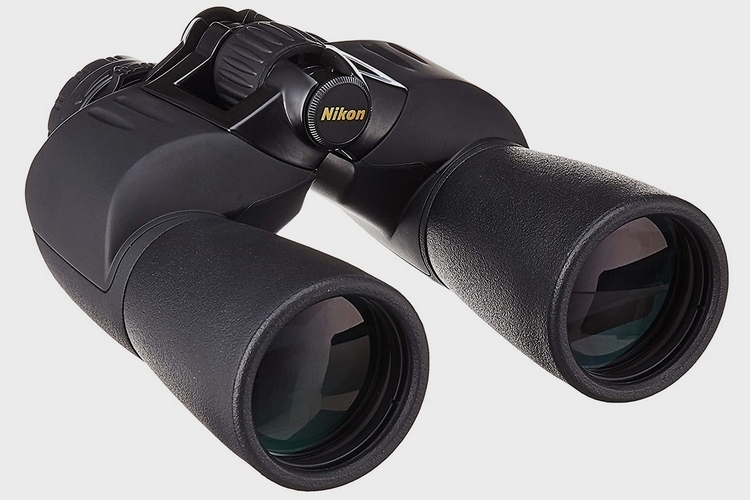 A space telescope is great, but if you want to be able to partake in some stargazing on the go, nothing beats a good pair of binoculars. For younger recipients, we recommend getting this affordable model, whose wider field of view makes it easer to find your way around the vastness of the skies while the 10x magnification allows you to observe the moon pretty closely (you can see craters) and even let you see neighboring planets on some nights. Because of the bino form factor, it’s very portable, allowing you to enjoy the skies without having to be stuck to the heavy setup you’ve got in the bedroom. 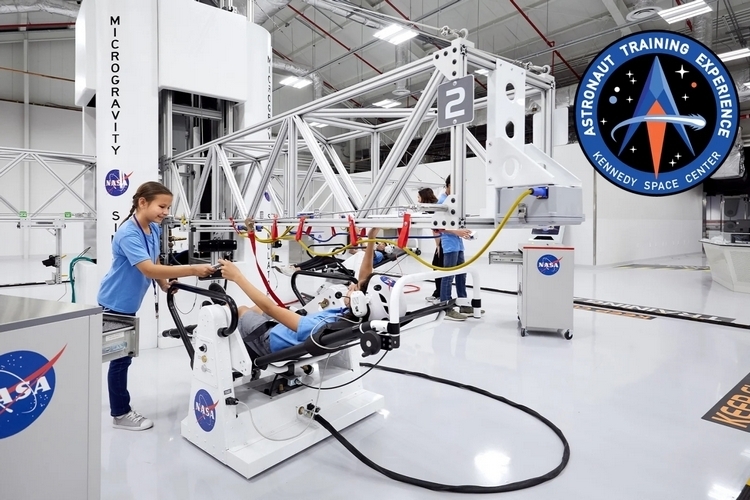 For real astronomy fans, we can’t imagine a more exciting gift than some real-world astronaut training, which your recipient can get straight from the Kennedy Space Center in Florida. The experience involves training in skills vital to the next generation of space explorers who will colonize Mars, such as working on your docking skills, navigating the Martian terrain, and performing a spacewalk in a microgravity environment. The whole program lasts around four to five hours. 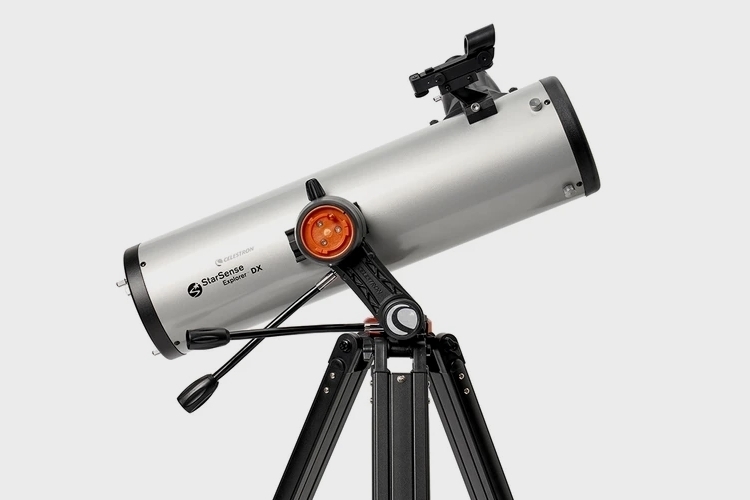 Buying a young space fan their first telescope? This is arguably one of the best for entry-level skygazers, with its excellent balance of clear optics, relatively lightweight build, and excellent function with the help of the StarSense app. The latter is what makes this special, as the app can automatically generate a list of all stars, planets, galaxies, nebulae, and more that are visible from your location, then direct you to the exact position you will need to see each one, making it incredibly easy to find cool objects in the sky. It has a 4.5-inch aperture Newtonian and a 4-inch refractor, as well as a 25x eyepiece and a 65x eyepiece, apart from being compatible with additional accessories to make the most of its capabilities. 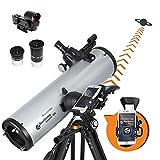