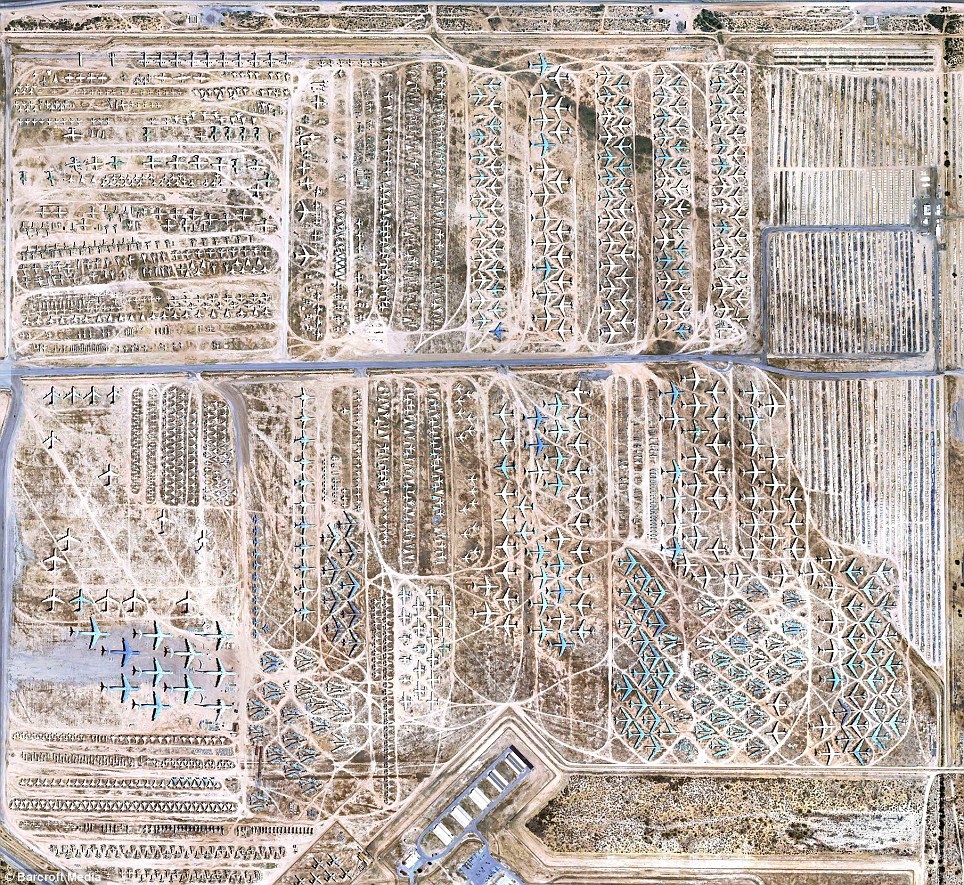 The place, more popularly known as the Boneyard, is where old military airplanes go to die.  Reputed to be the world’s largest aircraft cemetery, the airbase covers a sprawling 2,600 acres of desert.  It’s located at the Davis-Monthan Air Force Base in Tucson, Arizona, chosen for its high-altitude and arid climate that slows deterioration for the aircrafts.  Apart from being a massive plane yard, AMARG also fixes up some planes, refurbishes others or prepares them for land transport.

For the first time, many of us are getting a satellite view of the facility, courtesy of Google Earth.  And it truly is grand, just like how I imagined my adult backyard will look like when I was a child.  Ah… the disappointment of growing up. 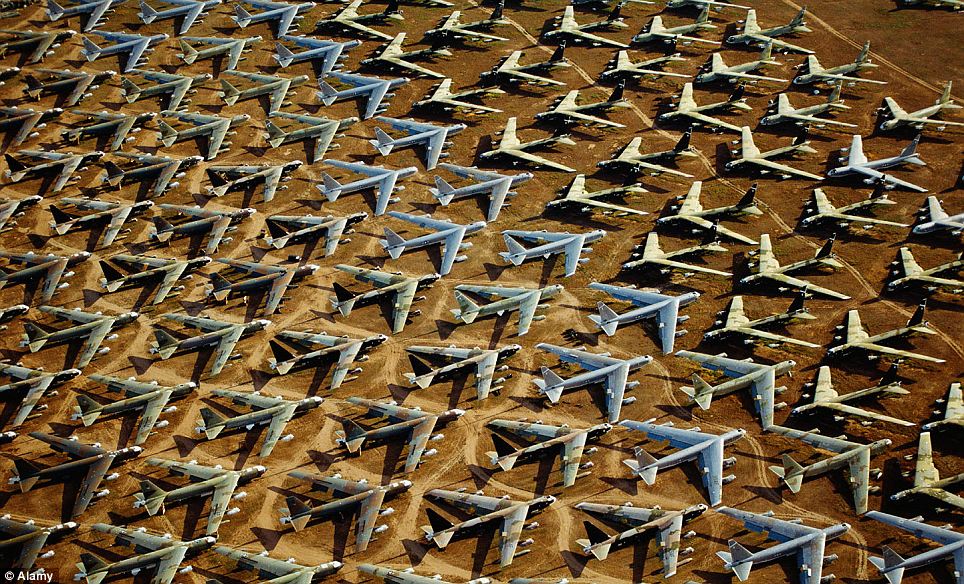 Home to over 4,200 retired military aircraft and aerospace vehicles, the site has been used in numerous films, the latest being Transformers: Revenge of the Fallen.  Planes currently on the lot include F-14 Tomcats (yep, the ones from Top Gun) and Cold War-era B-52 bombers.  I’m sure airplane buffs will have an enjoyable time identifying silhouettes visible from the new high-res Google Map (screenshot above).

The cool thing is that the Boneyard is actually open to the public.  Pima Air and Space Museum, which is situated nearby, runs daily tours.