The Coolest AI and Robotics Products At CES 2023 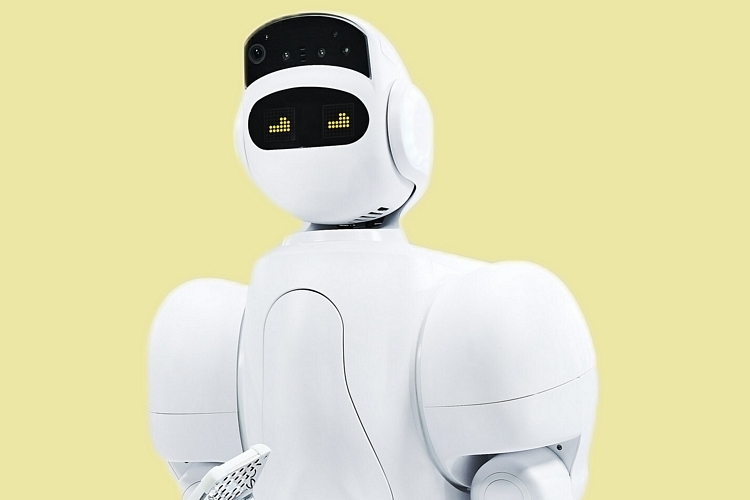 The Consumer Electronics Show (CES) in Las Vegas is back this week, giving established and upstart companies alike a platform to unveil their latest and most innovative tech creations. Being that we’re in 2023 and likely just a few decades shy of our future robot overlords, AI and robotics are a big part of the exhibition. Naturally, we’re out here to document the progress of humanity’s likely demise (or eventual triumph, whichever the case may be).

What’s on hand? A fair bit, truth be told. From amazing robot toys and creepy humanoids to cutting-edge utility robots that clean homes, deliver pizza, and farm our food to next-gen autonomous vehicles and more, there’s an exciting mix of AI-powered machinery here.

These are the coolest AI and robotics products we’ve seen so far at CES 2023. 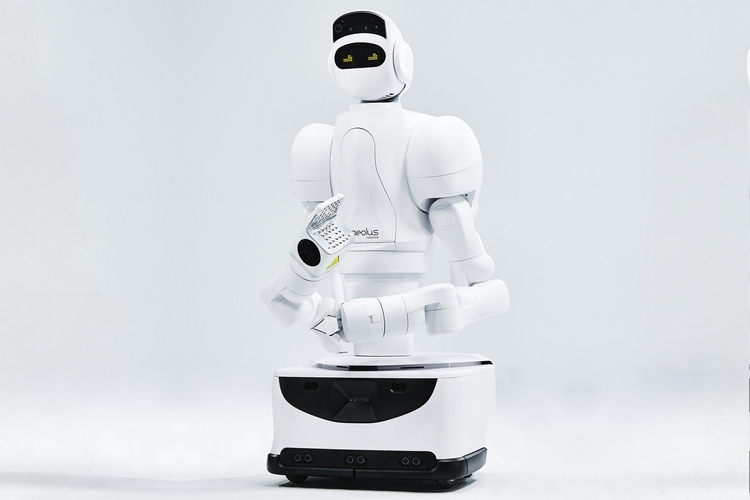 This dual-arm humanoid is designed to accomplish numerous service tasks, including delivery, security, eldercare, kiosk operation, and basic sanitation. It’s equipped with wheels on its base, allowing it to move around freely, while its dual arms support multiple plug-and-play attachments, depending on what functions it needs to perform. The arms come with seven degrees of freedom, with a lift capacity of eight pounds each. 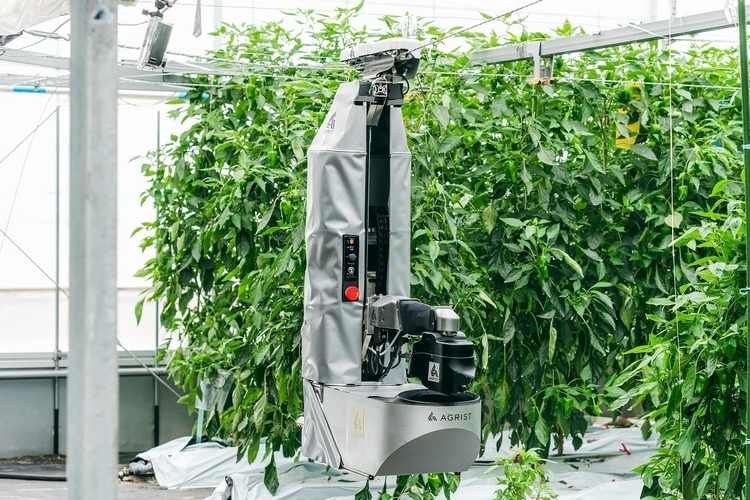 This Japanese robot is named after its shape, which resembles the letter “L.” Designed for farm work, it’s been programmed to pick harvest-ready green peppers with millimeter precision, so it doesn’t disturb any of the layered leaves and stems in the way. According to the outfit, it can patrol farms daily to monitor the crops, then inform the farmers of any specific things the farms may require. It appears to navigate through a system of suspended wires, so farmers have to set that up before the robot can go to work. 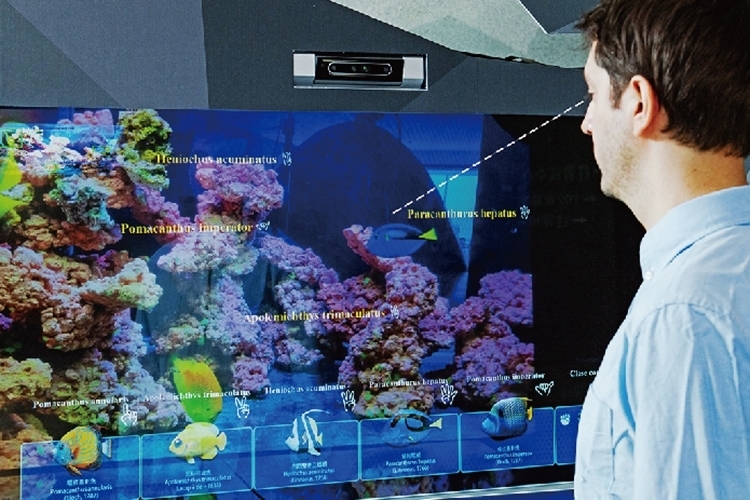 This aquarium uses AI to identify aquatic species, then shows corresponding information about them on a transparent display on the aquarium glass, making it a potentially excellent tool for teaching people about marine life. It uses depth sensing to identify the height and location of the people watching the aquarium and tailors its information display to appear right at their eye level. Yes, it can even recognize if you’re watching it or have your back turned. Users can interact with the system using gesture controls, so you can ask it to identify specific species you see that pique your interest. While it’s probably too much tech for your home aquarium, we imagine this is an interesting option for science museums, zoos, and similar destinations. 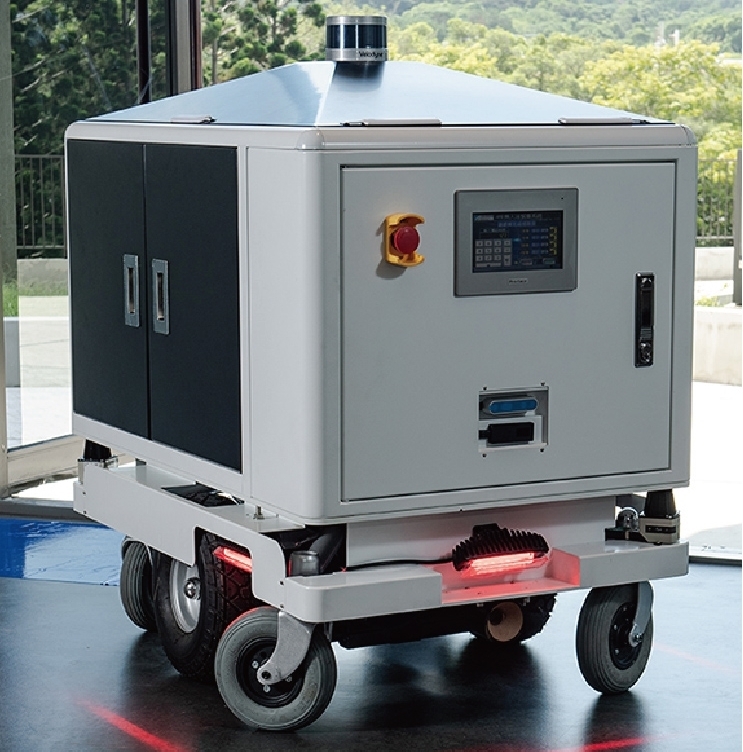 Delivery robots seem like a big thing at CES this year. This one is fully autonomous, with the ability to operate both indoors and outdoors, even in wet conditions. According to the outfit, it can travel through accessibility ramps, allowing it to get in and out of buildings, as well as take elevators to move between floors and navigate street intersections with regular traffic, although it requires a cellular-based vehicle-to-everything technology to be installed on roadsides to enable the latter. 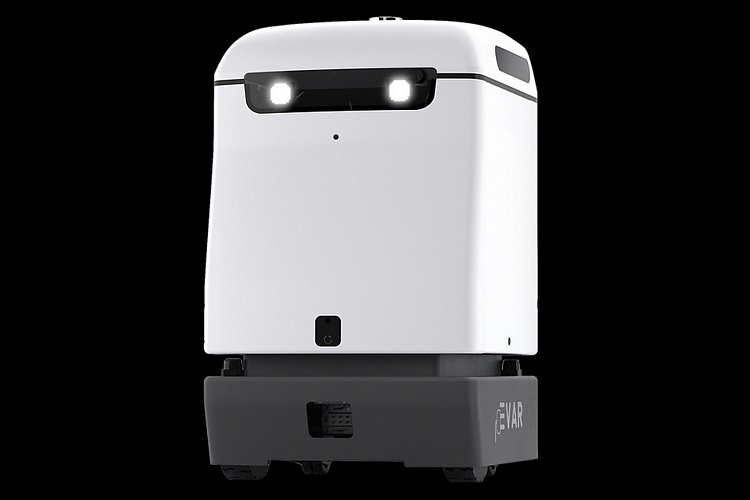 Designed for electric vehicle owners, this mobile robot from Korea is designed to charge EVs, allowing you to park away from the designated charging spot, as the robot can make its way to your vehicle on its own. All you have to do to call it is to send a charge request by tagging a nearby NFC chip. Do note, it looks like it requires some facility to be installed in the vicinity as well, as the robot itself can’t connect to your car’s charging slot (it only carries a battery), so it requires the parking lots to make some infrastructure changes. It can provide vehicles an estimated 50 miles of range in one charging session. 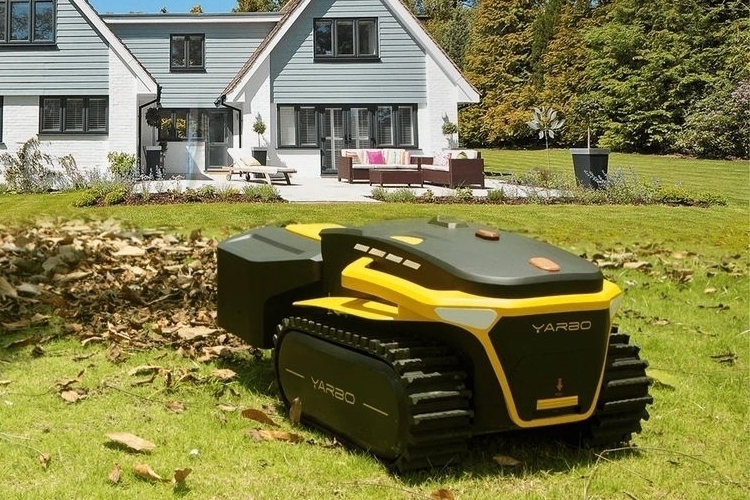 A while back, we featured a Kickstarter project called Yarbo, a multi-function yard robot that can take the form of a lawn mower, a leaf blower, and a snow blower. It makes a public appearance at CES this year, bringing its versatile modular design to the show floor. To the unfamiliar, the robot can go from mower to leaf blower to snow clearer using modular components, so you’ll have to outfit it with the specific module to carry out each individual task. The robot gets around via a high-torque brushless motor and a track-based mobility system rigged to navigate through all sorts of outdoor terrains, all while staying within its defined work area without using wires or beacons. 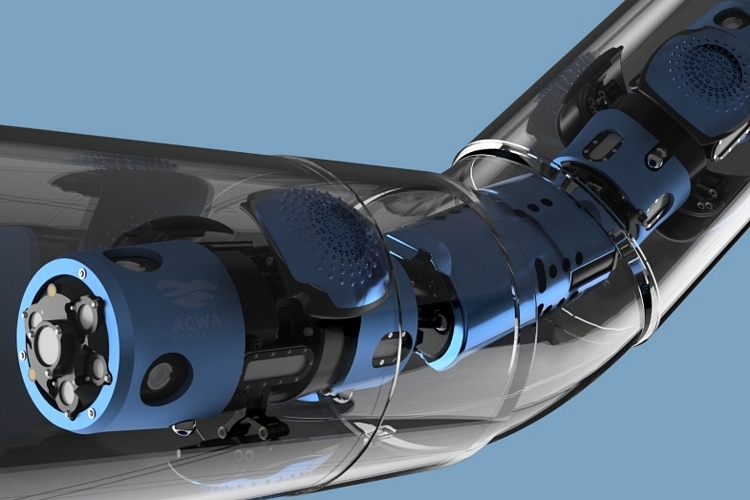 This snake-like robot is designed to travel inside water pipelines without disturbing water flow, gathering data about the water infrastructure before returning to its entry point. The idea is to let it loose across city pipelines so it can collect that data using onboard sensors, which should help local personnel identify problem areas (e.g. unclean water, pipe damage) on their way to optimizing the local water systems. According to the outfit, as much as 120 billion cubic meters of water is lost in supply networks worldwide each year, and this robot can help companies and government personnel find the likely reasons for their losses. 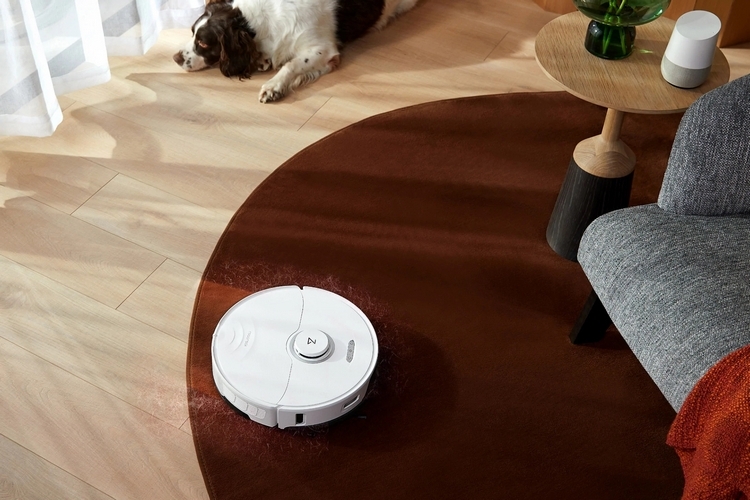 Roborock’s newest cleaning robot pulls double autonomous duty as both a vacuum and a mop, allowing you to assign all your home’s floor cleaning needs to a single automaton. In vacuum mode, it boasts a motor that delivers 6,000 Pa of suction, which is decent power for a modern home vacuum, all while using a dual rubber roller brush to pick up dirt much more effectively. In mop mode, those brushes lift up to ensure they stay dry as the mop pops out, scrubbing your wet floors at a rate of 3,000 times per minute. According to the outfit, it can also identify when it needs to lift the mop, such as when it’s passing across a carpeted area. It’s paired with a new dock called RockDock Ultra that automatically empties the dust bin, refills the mopping tank, and cleans the mop. Yes, it’s noisy since it will actually scrub the mop clean, but aren’t you glad you don’t have to do any of those chores anymore? 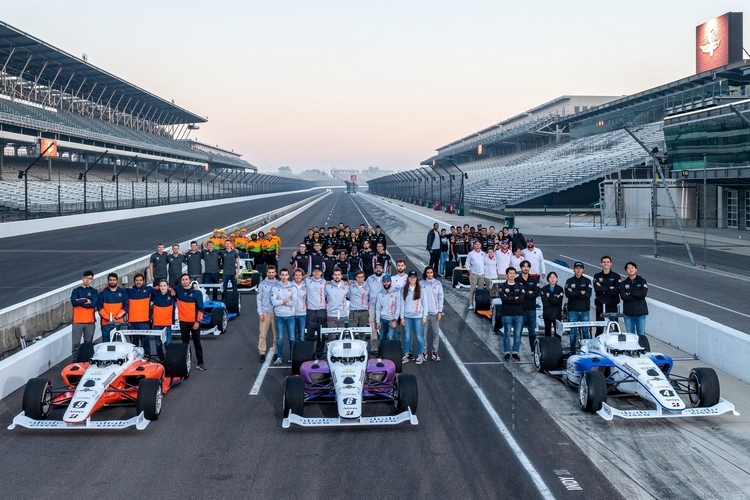 Like last year, we’ll see part of the CES event at the Las Vegas Speedway as nine AI-operated vehicles take to the tracks, trying to outpace each other at breakneck speeds. Will we see some crash-and-burns? Hopefully, since it always makes for wild entertainment, especially when there are no drivers in the cockpit that are put in harm’s way. We know… the engineering teams will be pulling out their hairs if that happens, but a man can dream. This year’s race is scheduled for January 7, with ASPIRE, Cisco, and Luminar serving as the primary sponsors. The IAC have an exhibit booth on the show floor in the West Hall if you want to get excited about the upcoming race. 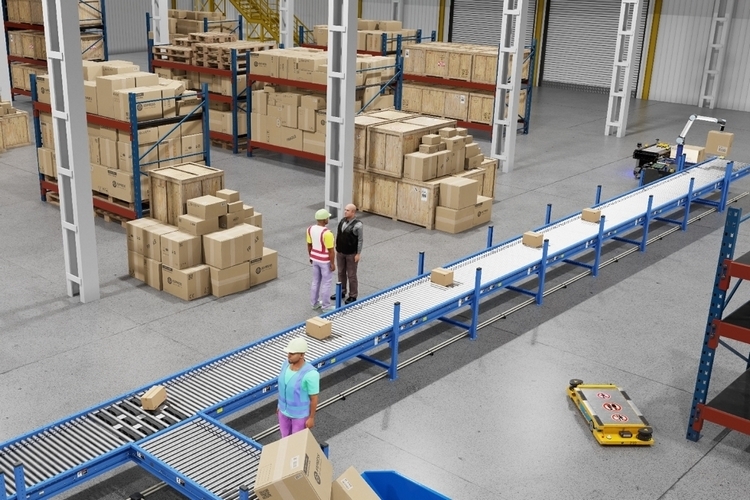 At CES, Nvidia announced significant updates to Isaac Sim, its robotics simulation tool, which companies and researchers can use to build and test virtual robots in realistic environments across varied operating conditions. The first big update is that the simulation can now be accessed from the cloud, eliminating the need for local installs that will require new hardware purchases and any accompanying maintenance.

According to Nvidia, the sim has also made new advances in reinforcement learning for Isaac Gym and improved collaborative robot programming in Isaac Cortex. There’s also a new Isaac ORBIT tool that provides simulated operating environments and benchmarks for robot training and motion planning. They also debuted a people simulation feature that adds human personnel in virtual warehouses, production lines, and other environments, making it possible to test how people and robots work together in industrial settings. 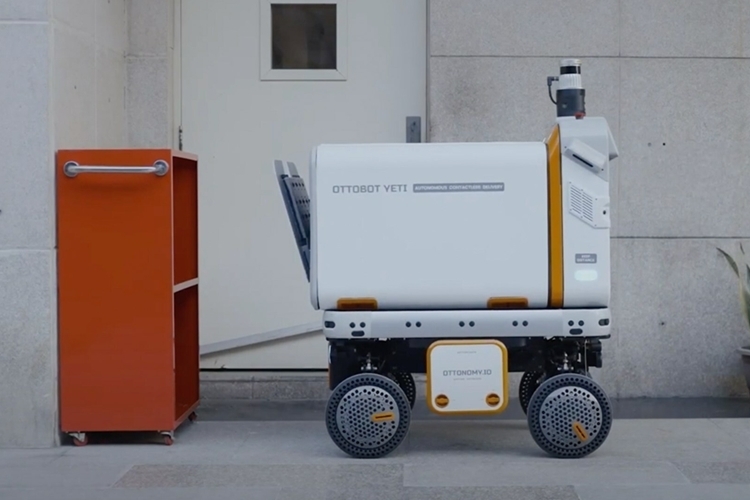 Ottonomy’s newest delivery robot has a new automated mechanism that lets it do drop-offs directly to a locker or even your doorstep, eliminating the need for a person to receive the package. That means, the robot doesn’t need to wait for a human to take whatever packages it’s carrying, as it can simply slide up to your front door and drop its cargo there. If it looks familiar, that’s because Ottonomy has already rolled out their robots in multiple cities, so these things are in operation now, with the Yeti being the latest in the outfit’s growing fleet.