The Coolest Electronic Toys Of 2019 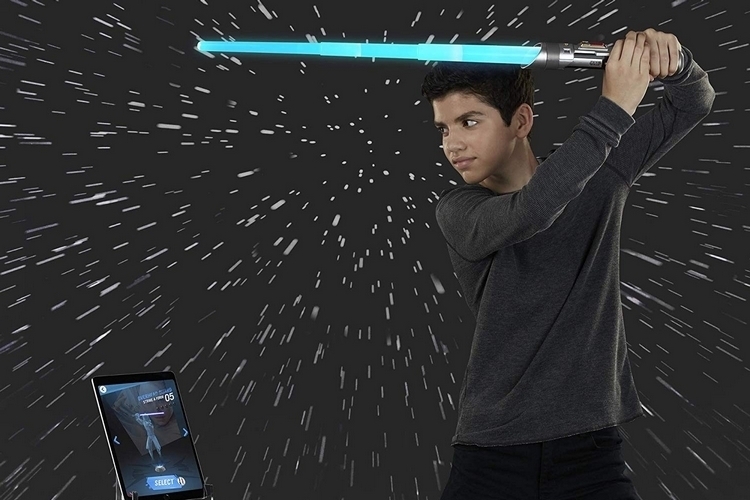 There was a time when electronic toys simply bleeped, blooped, and lit up. These days, it will be hard to justify putting any toy on the list whose electronic functions were restricted to that, as it feels like we’re disregarding the sophisticated lot of products that do so much more. So while many of the year’s top toys actually take batteries, make noises, and light up (think: Baby Shark Hand Puppet), all the toys on this list embrace functions that go beyond such basics. 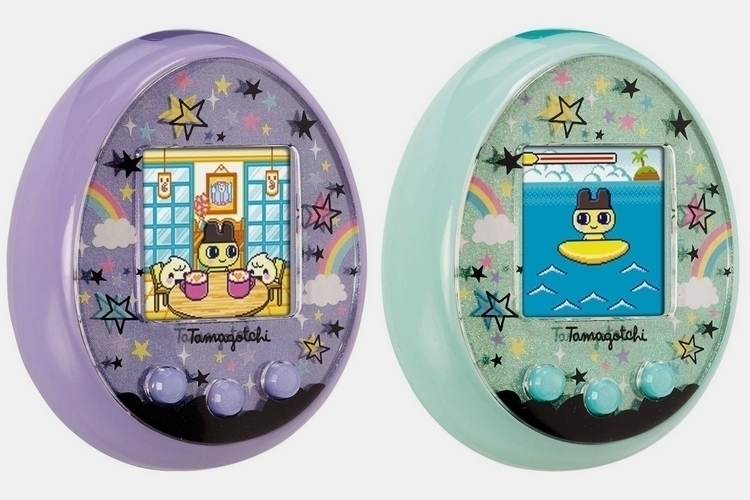 A modern reboot of the classic Tamagotchi, the egg-shaped device has a small display where you can see your digital pet in all its full-color glory, as well as three control buttons that allow you to interact with the onscreen menu. You start off the game with a single pet in a small living room as its primary backdrop, which you will feed, clean, play with, and lavish with plenty of attention. You earn points for doing your Tamagotchi right, which you can use to purchase more “rooms,” so you can bring your pet to a whole lot of different locations.

These modern Tamagotchi pets don’t live alone, either. Instead, they can be socialized with both in-game characters and other Tamagotchis via an IR sensor on top. Heck, they can even marry a Tamagotchi and have babies, with the device supporting up to 16 generations all living in it at the same time. 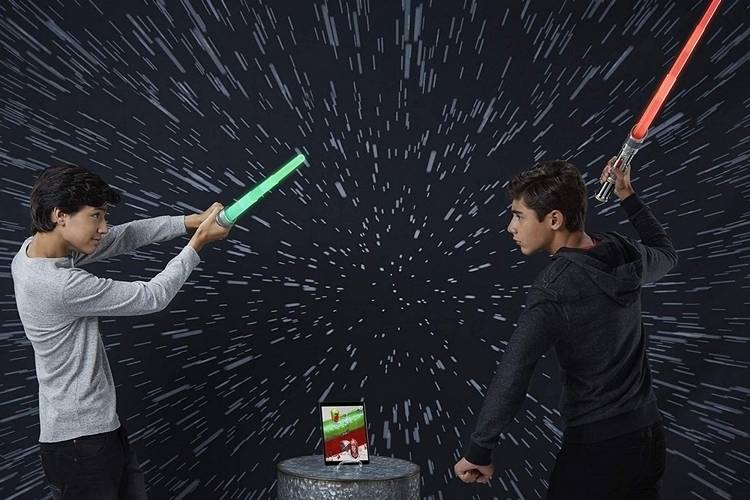 You know those golf sensors that mount on your golf club and analyzes your swings? Well, this lightsaber toy is the Star Wars version of that. Instead of monitoring the minutiae about your golf swing, though, it takes a close look at your saber-wielding abilities, recording the angle, speed, and accuracy of every attack you make.

The toy can, basically, school you on the fine art of lightsaber fighting, walking you through every necessary Jedi skill, from basic moves and simple attacks to advanced movements and sacred Jedi secrets. Well, something like that. Best bought in pairs, by the way, so your kid can actually engage in a lightsaber duel, with the app monitoring the action and declaring the winner, so there won’t be any arguments as to who wins every round. You can even choose which Jedi or Sith master you want to train under, so can be a part of the noble rebel cause or another despot in league with the Imperial army. 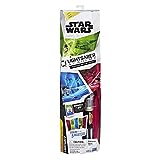 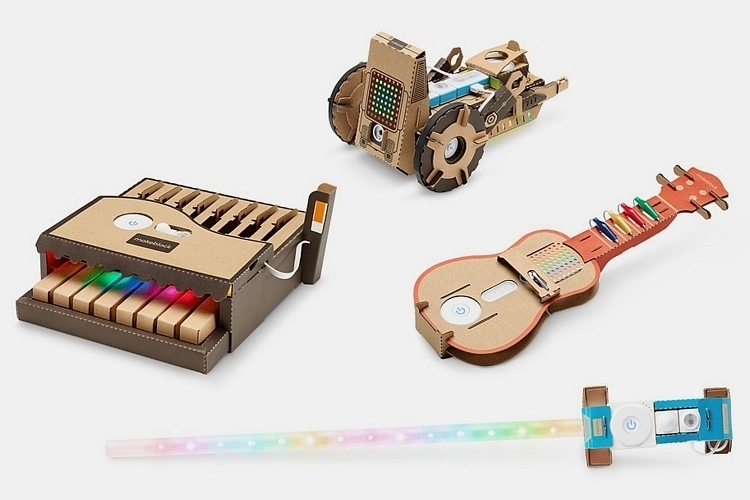 We’re big fans of Nintendo’s Labo Kits, which let you build moving mechanical peripherals for the Switch using cardboard parts. If you’d rather not have to buy your kid a Switch, however, this kit from Makeblock offers a great alternative.

Along with the cardboard parts, the kit comes with programmable electronic blocks, similar to Littlebits, that you can use to power your cardboard creations and trigger different types of actions. Off the bat, the kit can be used to build a car, a piano, a ukulele, and a lightsaber-looking sword, with the app offering over 30 lessons and activities to expand what each of those cardboard creations can do. If your kid loves putting stuff together, this might be one of the better ways to get them introduced to coding and electronics. 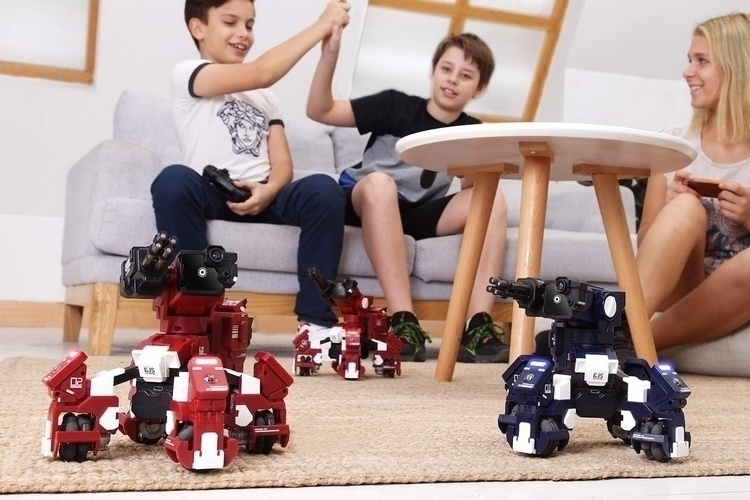 Unlike most robot toys, this automaton can move with the swiftness and agility you expect from an actual battle mech, making it incredibly satisfying just to maneuver it around the room. Its talents, however, don’t stop there. Instead, it’s actually designed as an “FPS gaming robot” that you can pit against another robot using an augmented reality app which allows it to shoot weapons from a spinning cannon on its right shoulder, take damage at various points throughout its body, and simulate the visuals of our future robot battlegrounds. The app takes care of recording all hits and damage, with the robots responding accordingly, so there’s no cheating involved. The best part? It supports mech battles up to a dozen of these things, so you can turn your living room into a stage for some crazy robot battle royales. 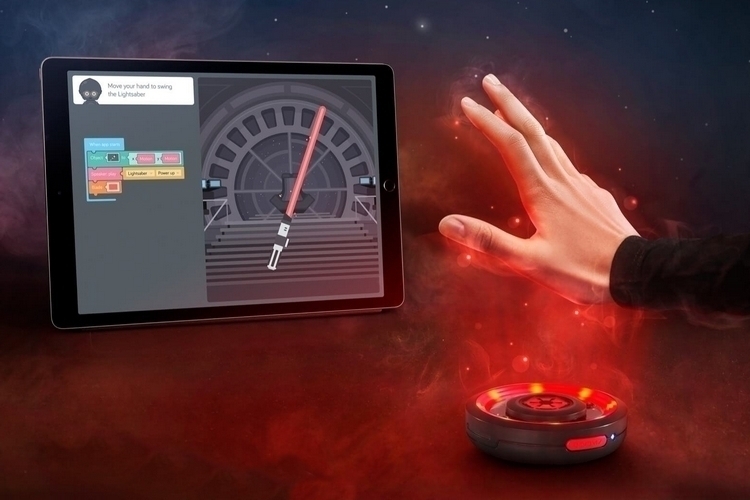 There’s no shortage of STEM toys that look to teach kids how to code. Many of them rely on the same strategy of using programmable toys whose lights, sounds, and movements can be altered with code from the companion app. Kano’s Star Wars kit, on the other hand, goes another route, having you write code to do things in a virtual Star Wars environment, like Force levitating R2-D2, maneuvering an X-Wing through an asteroid field with the help of the Force, and Force pushing an army of Stormtroopers, making it a lot more immersive and engaging. The only physical element of the kit is a motion sensor, which detects the hand movements you make, allowing you to control what happens onscreen. If your kid is a budding Star Wars fan, we can’t imagine a better way to get them into coding. 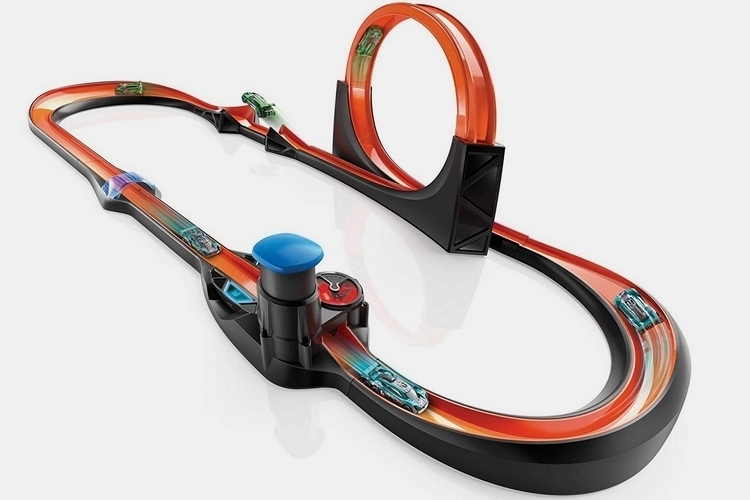 Racing die-cast cars on a winding track is fun. Figuring out whose car actually made it to the finish first? Not so much. Most of the time, it involves a whole lot of arguing, with each one refusing to budge. This smart track kit solves that by using NFC-enabled cars and a sensor-equipped track, allowing the companion app to keep detailed stats on each vehicle, apart from precisely monitoring who’s actually crossing the finish line first. On top of putting an end to die-cast racing arguments, the kit itself can also be organized in 20 different track layouts, apart from being compatible with classic Hot Wheels tracks for endless configurations. 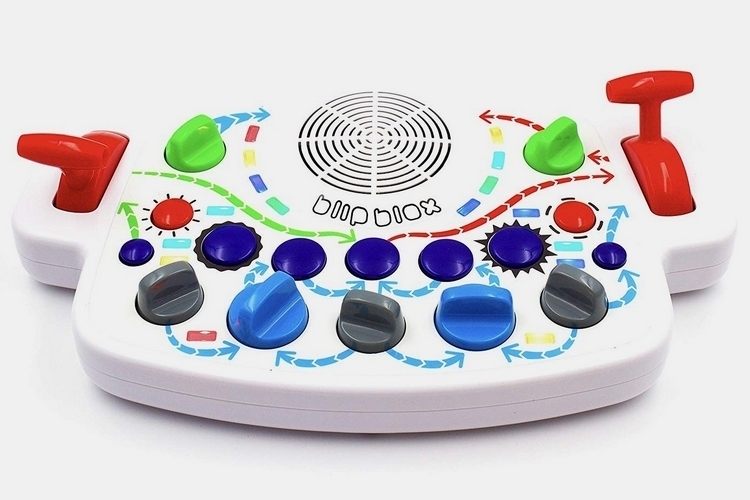 Most musical toys for young children involve keyboards that play simple notes. It’s cool, but it’s the kind of toy kids get bored with rather quickly. So why not give them a synthesizer that makes tons of crazy sounds instead? That’s the idea behind the Blipblox, an actual functional synth rig designed for kids as young as three years old. Equipped with colorful buttons, knobs, and levers that kids will, no doubt, push and crank non-stop, the machine can produce a gaggle of electronic sounds using 12 unique oscillator modulation schemes, a low pass filter, two envelope generators, and two LFOs. While we expect kids to just randomly press and crank on these controls non-stop in the beginning, we imagine they’ll figure out the combinations well enough down the line that they might be able to make decent music with this. The best part? It has a MIDI input for an external keyboard, so they can hook one up if they’re ready to play it like a real instrument. 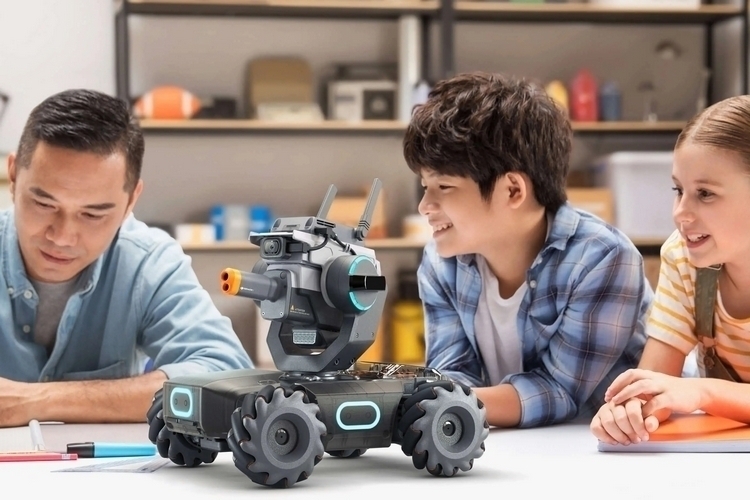 DJI’s version of a land drone, this four-wheeled robot can perform omnidirectional movements and capture 1080p video at 30 fps, making it a capable patrol robot. It can also be pitted against another Robomaster for mech warfare, with the automations shooting gel beads and infrared beams at each other, while six hit sensors throughout their bodies record any damage taken. What makes it special, though, is the inclusion of DJI’s AI algorithms, including identifying up to 44 vision markers, identifying and following people, recognizing physical gestures, and more, all of which can be used in programming the robot, allowing you to make it do a whole host of fancy tricks. Suffice to say, if your kid wants a programmable toy robot that does much more than what the typical STEM rig allows, this is the one to get. 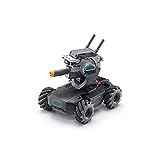