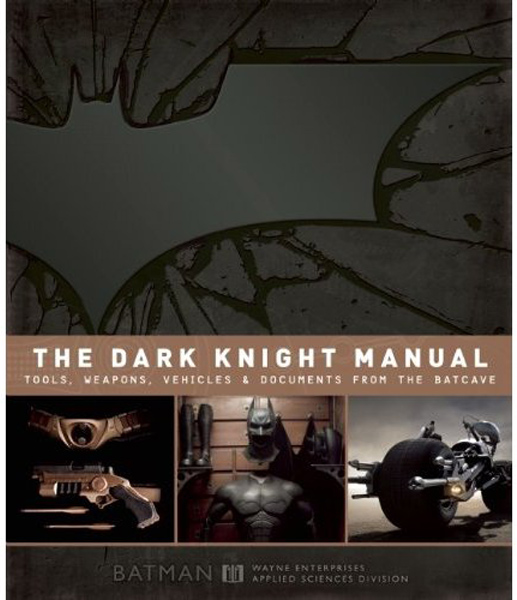 Sometimes, you like to imagine yourself being Batman.  Especially after watching The Dark Knight on Blu-ray for the umpteenth time.  Problem is, you always get stumped halfway through constructing your imaginary Gotham — you just don’t know the Batman universe all that well and you like your dreamed up version of Gotham to be absolutely perfect.  Maybe you’d want to educate yourself using The Dark Knight Manual first.

Written by Brandon T. Snider, the book is an in-depth exploration of all the various elements in Christopher Nolan’s version of the Batman mythology, from 2005’s Batman Begins, 2008’s The Dark Knight and the upcoming The Dark Knight Rises.  The book itself is tied to the mythology, too — it’s supposed to have been curated by Bruce Wayne himself, who began to document the book’s top-secret contents following the destruction of Wayne Manor.

The Dark Knight Manual measures 11.2 x 9.3  1.1 inches, with its contents spread across 112 pages.    It covers a wide range of the technology and gadgets that appear in the films, including sections on the Bat Cave, Wayne Manor, Batman’s suit, the Tumbler, the Batpod, the flying vehicle and various prototype designs from the billionaire’s applied sciences divisions.  You also get case files and hospital records for various Batman antagonists, as well as a host of removable inserts (like blueprints for the Bat Cave and a map of Gotham City).

Basically, it’s one large technical manual that you can use as reference, just in case you’ve finally decided to do the whole superhero thing for real.  Hopefully, you’ll have the funds to actually hire people to build the entire thing, too.  In case you don’t, Kickstarter’s always worth the old hurrah.

Amazon has The Dark Knight Manual available now, priced at $21.95.