The Frictionator: A 7,000HP Rocket Truck 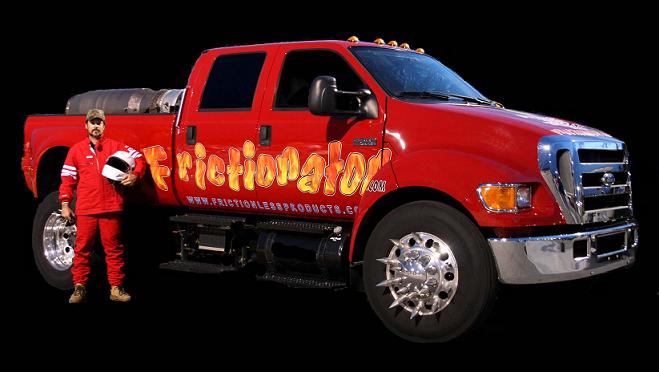 You think gas is expensive?  Imagine life for the guy who has to drive around on the Frictionator, a Ford F650 Supertruck that’s been fitted with a General Electric J85 Jet Engine.

An exhibition truck that regularly hits auto shows and festivals, the veritable “rocket on wheels” also keeps its conventional engine up front.  As such, you can operate it like a regular vehicle without having to fork up cash for rocket fuel.  In fact, it’s street legal, so long as the jet engine isn’t turned on. 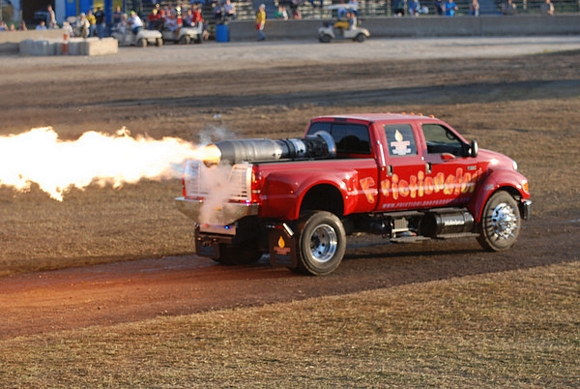 The Frictionator’s massive engine, which it fits right on the cab, produces an insane 7,000hp, allowing it to blast through at speeds of up to 200 mph.  Blowing deadly fire, heavy smoke and insane noise pollution at unwitting spectators, it’s the last vehicle you want to be at the tail end of.  Surprisingly enough, they were able to keep dust and debris at a minimum, a result of the jet’s high placement and slightly upturned angle. 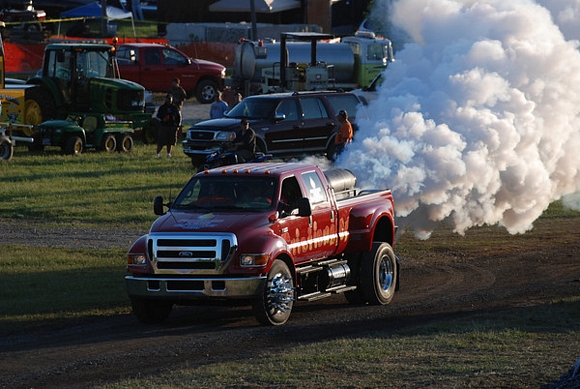 According to owner Joe Arnold (aka Uncle Joe), modding the truck into its present form took about 580 manhours. Majority of the customizations, of course, are geared to accommodate the huge jet engine, including a custom fabricated mounting system, in-cabin console controls, an integrated jet engine management system, a 36-volt electrical battery and emergency shut down remote (so the crew can immediately turn it off when they notice something wrong from the outside).

From what I can tell, they rarely employ the jet engine for actually powering the car, so it doesn’t impair drivability during exhibitions.  Still looks pretty sick, though.  Mom, can we rent this for my birthday party?