The International Bike Disassembles Quickly, Fits Into A Bag

You think your folding bike is portable?  Pfft.  We doubt it can stand up to the International Bike, a brilliantly-designed pedal pusher that can be disassembled and packed into a custom bag for hand-carry during air travel.

Handcrafted by Kinfolk’s Shuichi Kusaka, the frames use S&S couplers that allow it to break apart into compact bodies that can be squeezed into a handsome satchel.  From the sound of it, disassembling the bike won’t be that fast, so forget about riding one to work and picking the thing apart while you’re waiting for the elevator.  If you do need to bring a bike during flights, however, this should work like a charm. 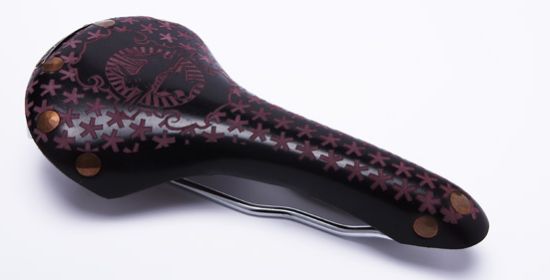 The International Bike comes in two variants – one with a 54 cm frame and the other with a 58 cm body.  Both feature Brooks saddles, 650c wheels and a paint job from Coat.  The bespoke leather bag, specifically made for the bicycles, was handcrafted by Nivaldo de Lima.

Commissioned by Wallpaper magazine, the bike manages the clever portable function, all while looking like a sexy traditional bike – a far cry from the normally odd styling you’ll get with similarly portable folding bicycles.  The magazine is selling the two one-off creations for £2,450 and £3,000, respectively, with the bag available separately for  £2,500.

According to the magazine, those interested can also take one of ten available spots for made-to-order versions of the International Bike.  Each piece will be made by the same folks behind the two original models, will be numbered and can be requested in custom-sized frames.  Pricing will vary, depending on the size and other modifications.