The Moskitofänger, A Mosquito-Killing Flame Thrower 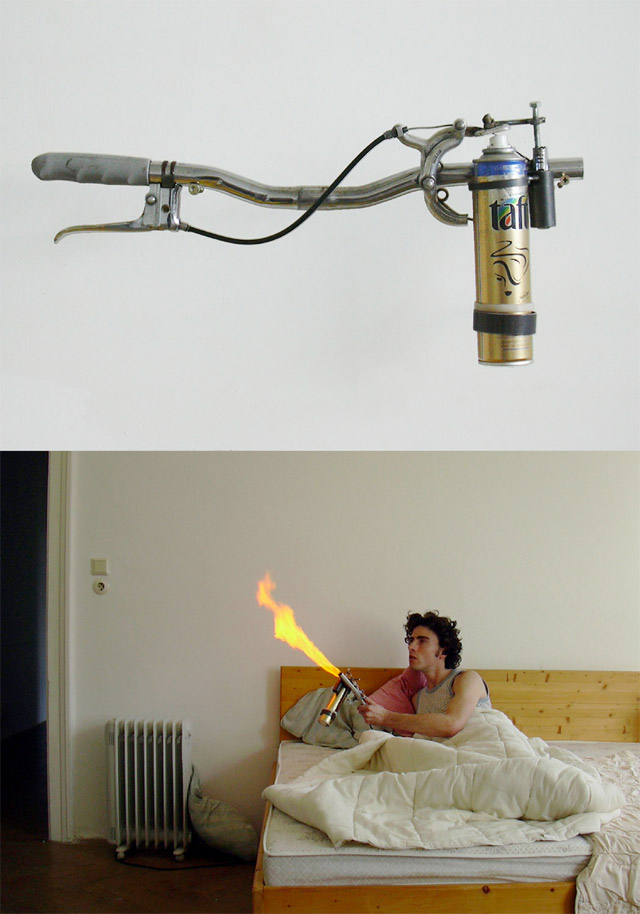 Hate mosquitoes with a passion?  Show it with conviction.  This guy did, going as far as to design a flame thrower whose sole purpose is torching those little, disease-carrying insects.

Called the Moskitofänger (which poorly translates to Mosquito Catcher), the device won’t simply catch them little dipterons.  It will send them to an earthly version of hell, enveloping them with fatal flames and delivering a death that’s probably worse than merely spraying insecticide.

Created by Johannnes Vogl, the device (which measures 54 x 25 x 12 cm) creates fire using common household items, namely a can of hairspray and a lighter.   You probably know how that works (the lighter provides the fire, the spray makes it bigger).  The fire-breathing mechanism is attached to one end of a bicycle’s handlebar, while the operator holds it on the other end.  A bike’s brake handle is used to set off the torch, which will continue blowing flames until you let it go.  Mighty, mighty clever.

While it’s meant to eliminate ‘skeetos, the Moskitofänger should prove a capable weapon against any household pest, including cockroaches, rats and mother-in-laws.  I’d caution you to reconsider keeping it next to the bed, though – that looks like a serious accident waiting to happen.