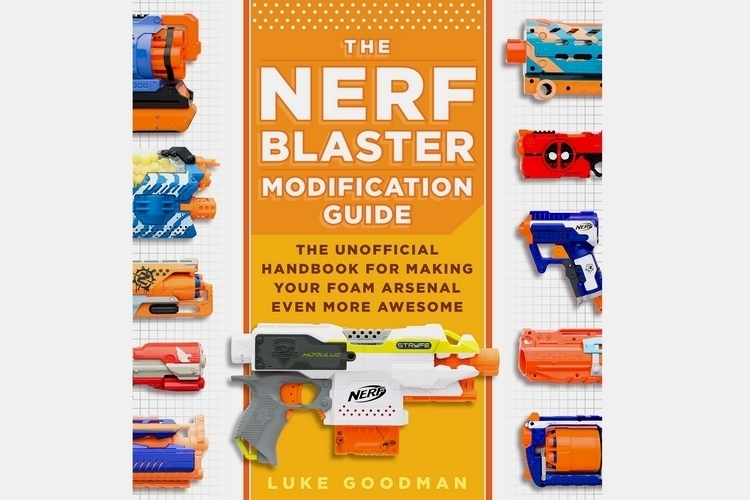 Nerf blasters are awesome. Once fitted with modifications that let them shoot harder, fire faster, and carry more ammo, though, they turn into glorious foam-firing beasts. If you’ve been wondering how to do make those changes to your own collection, The Nerf Blaster Modification Guide is here to drop the knowledge.

Authored by Luke Goodman, who runs a Nerf-focused YouTube channel and a Nerf mod hobby shop, the book explores the different ways you can modify a foam blaster in step-by-step detail, allowing you to learn how to make each change yourself. Whether you want to know the inner workings of a Nerf blaster, learn the different parts that allow it to launch darts, or figure out how to make it launch foam darts faster, this book should cover it in a detailed manner. 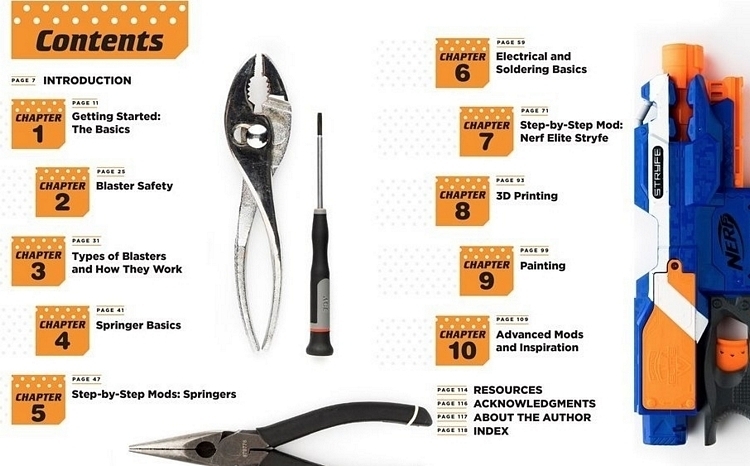 The Nerf Blaster Modification Guide covers all of the most common changes you can make to the classic foam blaster, from increasing the range and boosting the capacity to giving it a paint job and making it look like a gun from a popular video game. All the tricks of the trade are covered, including changing the springs to dramatically increase power, replacing the barrel with one that will allow more air buildup behind the darts, and even making homemade darts that can travel much further. Want to know how to use a higher voltage battery on your Nerf Stampede to get it cranking darts at a faster rate? Yep, this should cover that. What about removing all the elements that restrict air on your Tri-Strike? Chances are, you can figure that out with help from this detailed guide. 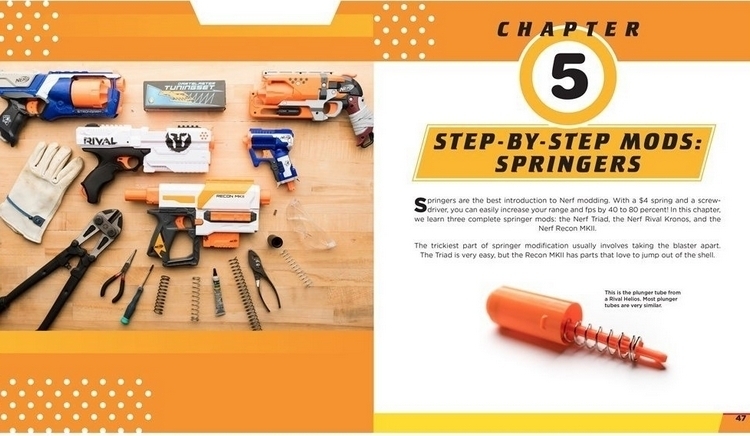 With hundreds of Nerf models released since the brand’s debut in the 80s, covering modifications for all of them sounds like it may be a gargantuan feat. Fortunately, most of the outfit’s blasters have been created using one of two propulsion systems, ensuring the lessons in the book should cover the majority of blasters currently in circulation. Whether you own one blaster, a few blasters, or a veritable armory of foam shooters, this book has everything you need to let you squeeze the most out of your toys. 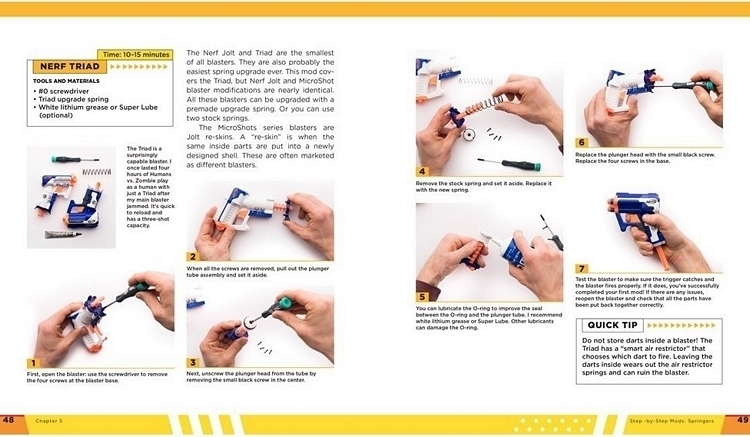 The Nerf Blaster Modification Guide doesn’t just offer step-by-step instructions, it comes clearly illustrated with accompanying studio photographs to ensure those who prefer visual instructions can easily follow. While probably aimed at teens and older enthusiasts, those illustrations should help make it very accessible even for younger kids hoping to work at the projects on their own. Of course, it would be better to do this supervised by an adult, since some of the modifications can get tricky, especially when you have to cut out parts, use tools to fit everything in place, and mess with wiring. As such, this book can really make for a fun activity book for parents looking to find engaging projects to do with their children.

Slated to come out October 16, The Nerf Blaster Modification Guide is now available for preorder.