The ONE Is A Harley On Steroids, 100% Street Legal In Europe 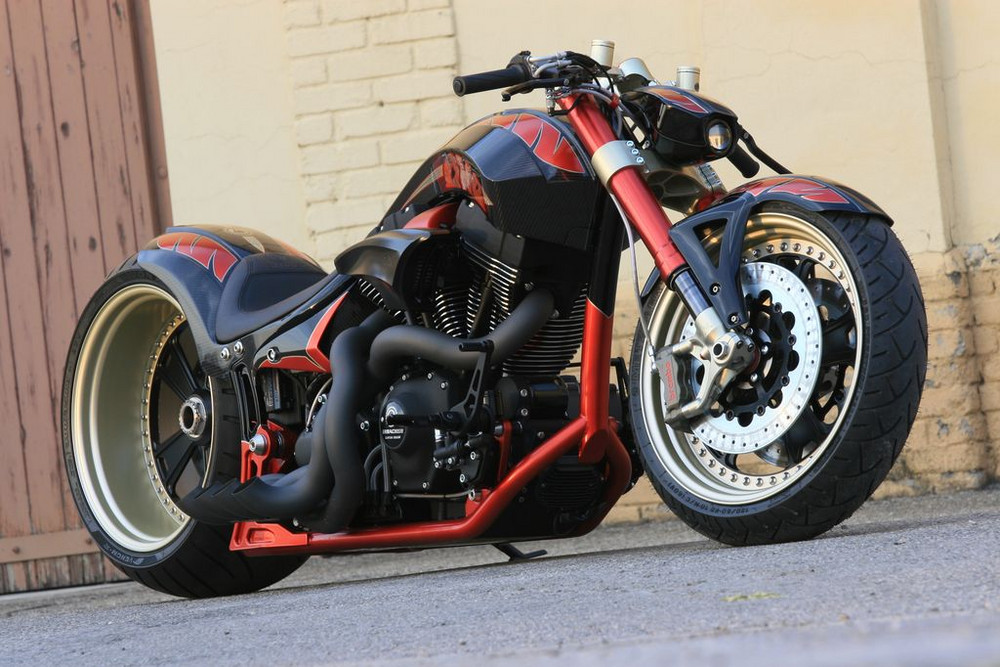 A stock Harley not awesome enough for you?  What about this custom-modded Harley billed as “The ONE”?

Built by Switzerland’s Fat Attack AG, the beastly two-wheeler started life as a Harley-Davidson chassis that’s been fitted one superpower after another.  The result is that monster of a sport bike in the photos, which they claim to be street-legal all over Europe. 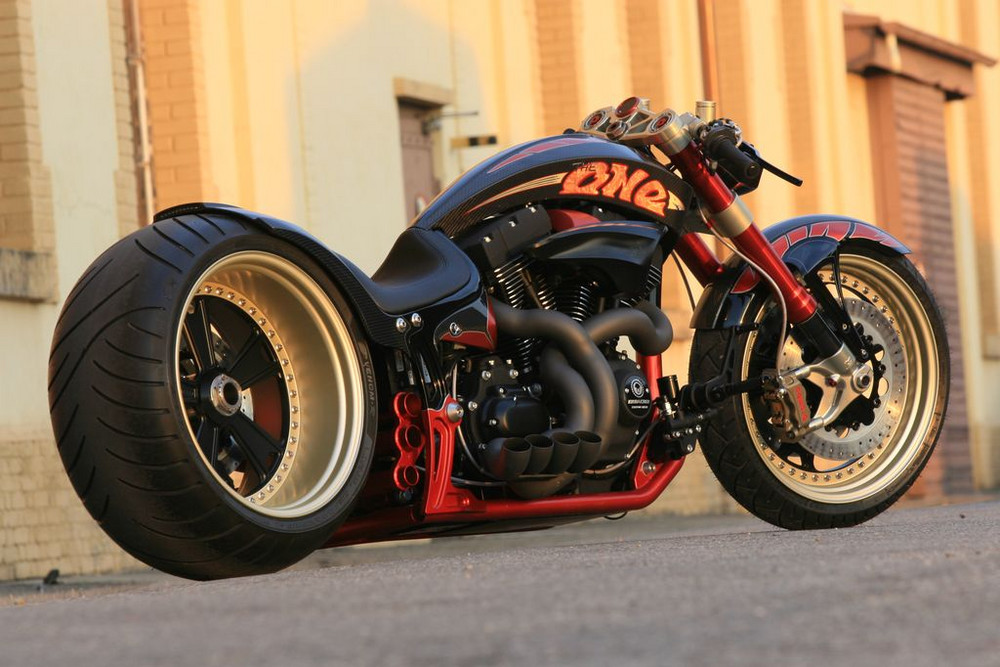 The ONE is so named because the group believes it to be the best ever showcase of their abilities to produce a high-performance, ultra-reliable and badass-looking motorcycle.  In all honesty, I can’t argue — the thing is breathtaking.  Look at that rear wheel!

Most of the body is built out of titanium, aluminum, carbon fiber and aircraft steel parts, which helped bring down the weight by a whopping 60 kgs.  It runs the original Harley engine (not sure which bike they scrounged this from), with a few performance modifications that brings power up to 110 hp.   Not much details on the individual parts, but the end result just looks awesome. 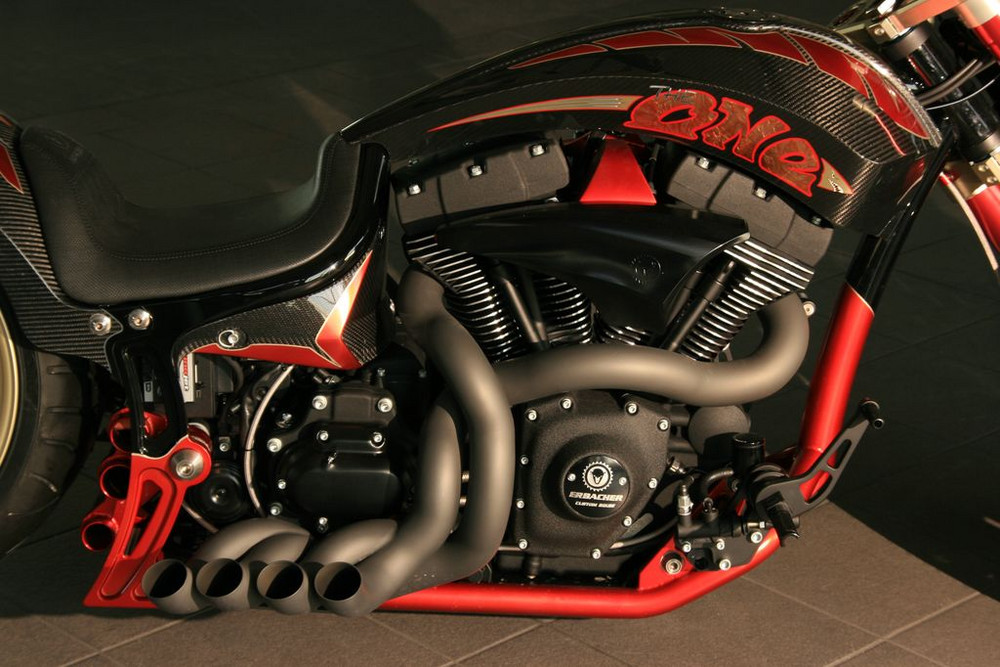 According to Fat Attack, The ONE can still be serviced at any Harley-Davidson dealer, despite looking nothing like a Harley.  Want one just like it?  They’ll happily build you something exactly like it if you’re willing to part with $145,000.