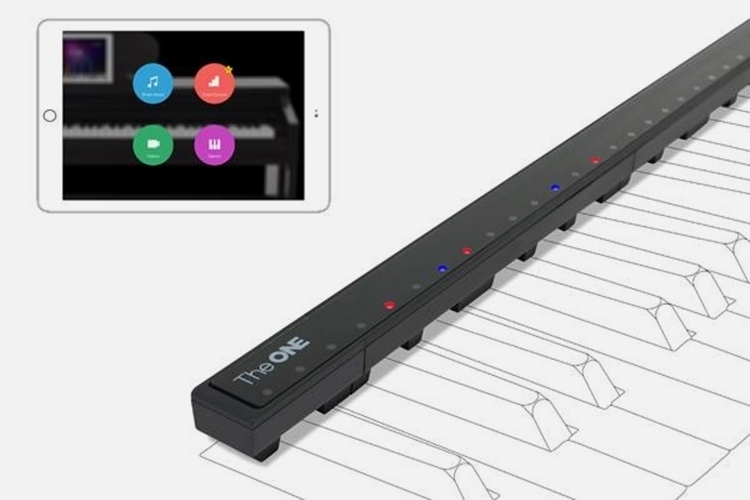 We’re big fans of The One Piano, a keyboard instrument with integrated LEDs that serve as guides for beginner players still learning their way around the instrument. Problem is, there are tons of people who have already invested in their own pianos and keyboards, many of whom would like to use with the outfit’s teaching technology. The One Piano Hi-Lite seeks to bridge that gap.

Designed to serve as a teaching aid, the device fits over the keys of any standard 88-key piano, putting an array of LEDs that serve as a playing guide. Basically, a LED lights up to indicate when you’re supposed to play the key right in line with it, giving novices and intermediate players a quick way to learn new songs. 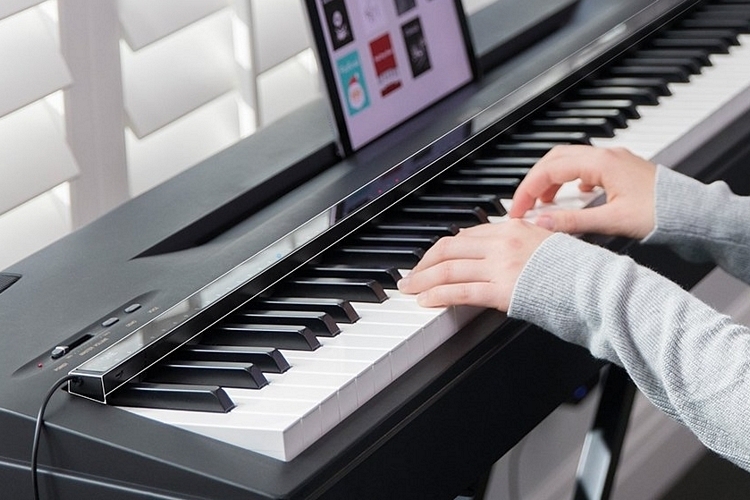 The One Piano Hi-Lite consists of a bar with LEDs that are sized to fit on top of standard 88-key pianos and keyboards. It works with an accompanying app, which synchronizes the LEDs lighting up with whatever sheet music you’re playing. To use, simply set up the device on top of your keyboard, launch the app, and choose what music you’re going to play. The app has 300 sheet music pieces preloaded for free, with the option to download new songs, albeit for an extra charge each.

Instead of simply playing through the sheet, the system actually monitors whether you’ve hit the correct note using integrated sensors. As such, you can receive instant feedback on whether you’re playing correctly or not. When using the LED-guided sheet music mode, by the way, the app will not continue with the rest of the music until you’ve finished the current section, so it forces you, in a way, to actually learn the song. 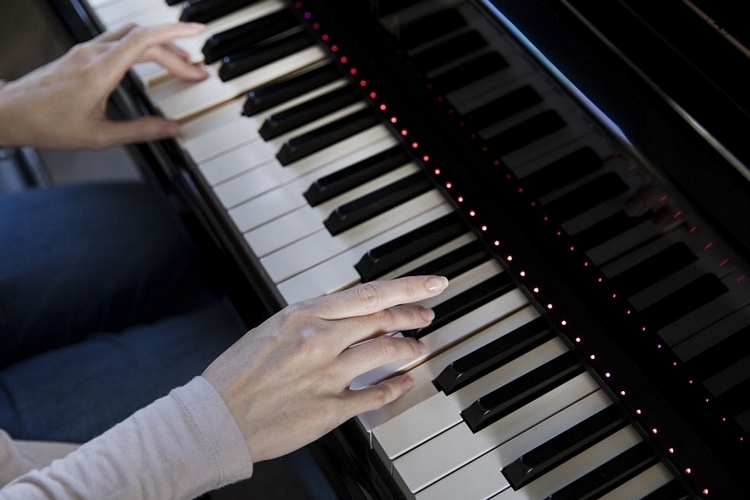 Aside from providing LED-guided sheet music, the One Piano Hi-Lite app has interactive lessons that can have you run through video tutorials that take advantage LED guides. It just might be the ideal introductory system for novice pianists, which gives them the ability to switch between tutorials and actual playing at their own convenience. Additionally, the system comes with games that rely on hitting the correct keys as the main gameplay mechanics. Basically, they transformed the piano into an 88-button gamepad for whatever joy that brings your way.

Since it’s sized to work with standard piano keys, the darn thing measures an awkward 48.3 x 0.9 x 0.8 inches (width x depth x height), so it’s the kind of thing you install once and probably leave in the same place, instead of putting it away every time you’re done with a session. Do note, the device needs to be plugged in to a power source the whole time you’re playing, so you’ll have to deal with a wire dangling from the keyboard all the way to a wall outlet. 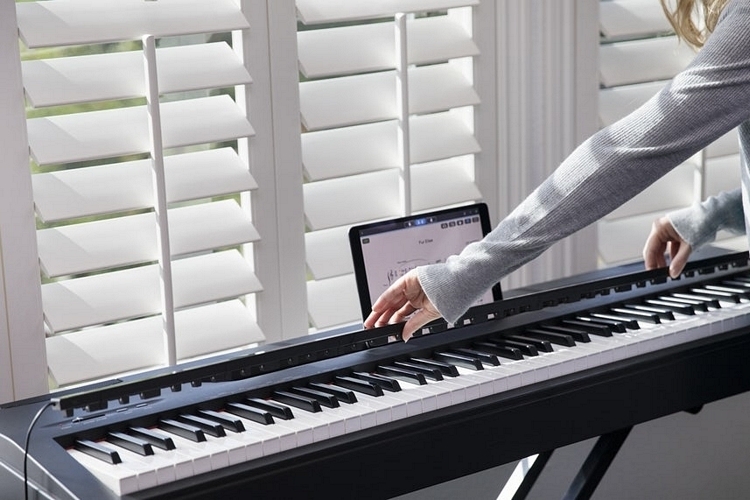 The device can be paired to a phone or tablet either over Bluetooth or a wired micro-USB connection. For those using an iPhone, you’ll need a separate Lightning to USB converter for tethered play. The app is compatible with both iOS and Android.

Slated to ship November 15th, the One Piano Hi-Lite is now available for preorder. Price is $179.